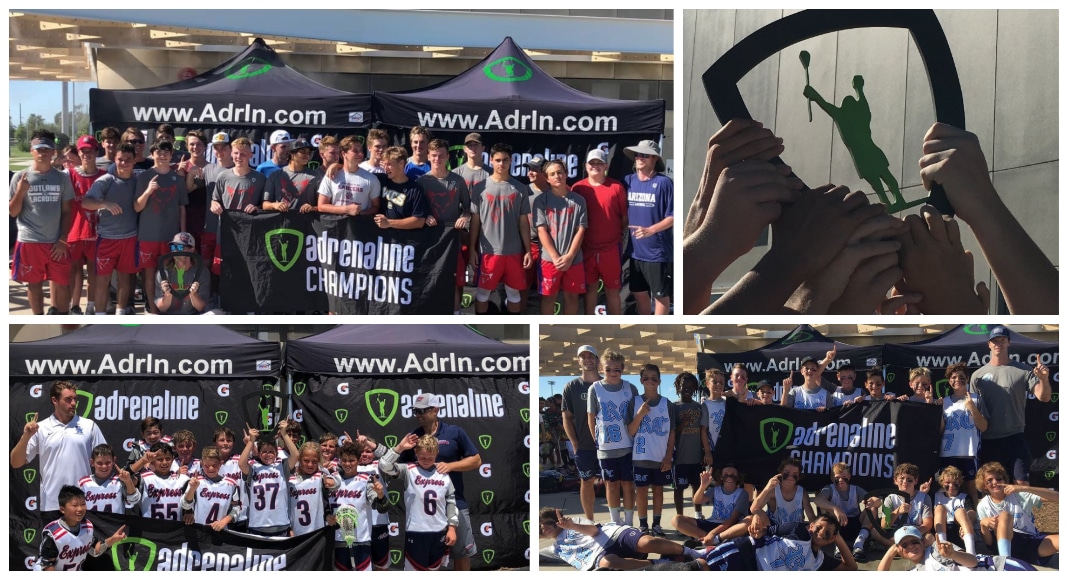 Over 50 boys’ lacrosse teams participated in the Tinseltown Throwdown at the Orange Great Park this past weekend.  The Great Park has emerged as one of Southern California’s top lacrosse venues, and this was the fourth major tournament to played at the GP this summer.

Arizona-based teams performed particularly well, winning championships in two of the six divisions while reaching the finals in a third division.  SoCal Express 2025/26 was the lone Orange County team to ride the home field advantage to Adrenaline championship.

The Elite championship game featured Team 19 against AZ Hot Sauce, the defending Elite champions.  Although both teams entered the championship game undefeated, Team 19 scored early and often en route to a 15-1 victory.   AHS entered the final game with an eight-game Throwdown win streak dating back to last year.  Despite local assistance from some Trabuco Hills Mustangs, AHS will have to wait until next year to begin a new winning streak.

The Desert Cats made the trip from Tucson worthwhile with a perfect 5-0 record and the High School Division championship.  The Desert Cats earned a spot in the championship game by running the table in pool play and allowing just six goals in four games.  They then made the most of their opportunity with a 10-6 win over the LA Mavs in the final.

The 2022 championship game pitted two undefeated San Diego based teams, Team 12 and Aces San Diego, against one another. Both teams dominated pool play allowing just seven and nine goals, respectively. Team 12 got the upper hand in the championship game and went home with the ‘ship.

Arizona Hot Sauce had plenty to celebrate on the way back to Phoenix after defeating RC 7-4 in the 2023 championship game. AHS finished the weekend with a perfect 5-0 record and allowed only eight goals in the five games. RC was the only team able to muster more than two goals against the Hot Sauce defense.

Congrats to the Az Hot Sauce 2023 team in a perfect 5-0 Championship performance by edging out RC 2023 in the Tinseltown Throwdown!!!

San Diego-based RC Lacrosse defeated the LA Mavs to win the 2024 championship. RC was undefeated on the weekend and emerged at the top of a challenging field.

Congrats to the RC 2024’s for winning the @adrenalinelacrosse 2018 Tinseltown Throwdown.

2025: SoCal Express Locks Down the Championship

SoCal Express’ stifling defense was the key to winning the 2025 championship. SCX allowed just nine goals in five games to win the ‘ship. Of the five teams SCX faced, only the NB Surf Dawgs were able to score more than one goals.