The Small World of Lacrosse 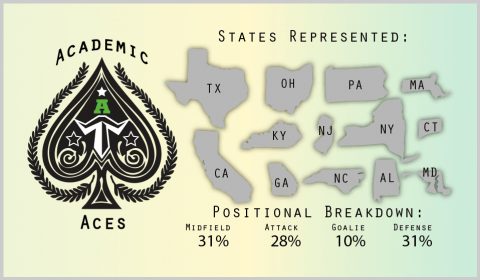 I have always enjoyed the small, personal world of lacrosse. Unlike other sports, I felt especially attached and drawn to other people who played lacrosse. It felt like I was part of some fraternity of brothers, simply because I knew what “flow” meant. When I traveled east, the mecca of the sport, to play college lacrosse at Haverford College in Philadelphia, I figured it would be a lesser deal that I played; I feared that it wouldn’t be as special to meet people and discuss the sport. While lacrosse was a little less of a unique thing on the east coast, however, I still found myself drawn to and interested in my lacrosse friends.

The small world of lacrosse still continues to amaze me. This past summer I received a text message from one of my Haverford teammates saying “Chase, I heard you were related to Rob Schneider”. The rest of the team on the group text was surprised, but I knew what he meant. My senior year at St Margaret’s, a few of the younger guys created a running joke that I looked like and was related to Rob Schneider. You know, the actor who makes his living off of cameos in Adam Sandler movies? So naturally when my teammate from New Jersey seemed to be in on the joke, I figured those pesky 2015s were to blame.

My teammate let me know he had met several current St Margaret’s players at the Trilogy Aces camp on Drexel University’s campus in Philadelphia.  Needless to say he had meant the same hooligans that came up with the Rob Schneider quip. Kevin Cox, Nick Shanks, John Connelly, and Paddy Fallon were all coached by my teammate and assistant coach from Haverford. According to a reliable source, “all four of the boys made the all star tournament”. Nick Shanks had a hand in 5 of the goals scored (out of 7) for his squad. Paddy was unable to play due to injury. As for John and Kevin, our informant “had several East Coast parents compliment the SoCal boys on their play.  All four more than held their own with the East Coast contingent”.

As the SMES players and my Haverford teammate dominated the camp, they shared a few laughs and got to know each other well; see the aforementioned Rob Schneider put-down. Coach Mark Warren, a lacrosse sage in the Orange County area, has always preached the value of The Lacrosse Community; this event is the perfect example. While all parties involved got a good laugh, I couldn’t help but notice how this signals and exemplifies many of the great things about the small world of lacrosse. Despite being from completely opposite sides of the country, The SMES boys and my teammate were able to find common ground and become friends because of the sport. The relationship I had built with these separate party’s came together to strengthen the bond that is shared among this sport. It also got a few of my former teammates interested in Haverford, something that could eventually lead them to become my teammates for a second time.  This time on the Mainline instead of Ortega Highway.