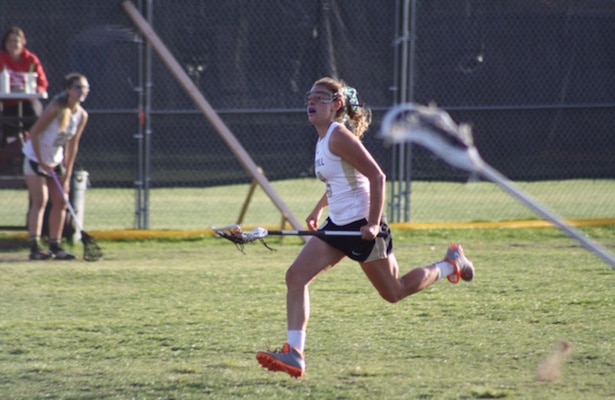 It’s not even Christmas. The girls’ soccer season has barely started. Most lacrosse teams have not even had tryouts yet. It’s too soon to think about ranking the girls lacrosse teams. But we went ahead and did it anyways because its never too soon to be thinking about lacrosse. So read on and let us know what you think. Think we missed the target? Then leave a comment or better yet cast your own vote on our fan poll.

The fan poll will remain open until December 15. After the polls close, we will report the results. Vote and be heard!

1. Los Alamitos High School
Last year: 15-6
Playoff finish: Southern Section Champions
The Los Al girls’ lacrosse team will open 2015 in hot pursuit of a seventh consecutive Southern Section Championship. After storming through the 2014 post season with an average margin of victory of 10 goals, the Lady Griffins got hit hard by graduation. They are still the team to beat though until someone proves otherwise. First Team All County defender Dominique Loney will be back for another year of causing and pick up turnovers. Players like junior midfielder Sophia Schade will be ready to take the reins for a team that lost six All County performers to graduation.

3. Foothill High School
Last year: 15-3
Playoff finish: Lost 12-11 to CdM in quarterfinals
The Knights ended 2014 with a quarterfinal heartbreaking loss to Corona del Mar. They will return in 2015 with renewed focus and a solid defense. With Hannah Upshaw (USC) in the cage behind defenders Lauren Bernardy and Emily Coffee, scoring against Foothill will not come easy. Midfield standouts All-American Julia Taylor (Oregon) and Meridian Lee will be a difficult matchup for any team. Going independent for the first time, the Knights face a challenging schedule that includes the top Orange County and San Diego high school teams, and will have them razor sharp for the playoffs.

5. Mater Dei High School
Last year: 10-8
Playoff finish: Lost 13-11 to Beckman in quarterfinals
The future looks promising for the Lady Monarchs, and the future may be now. Sophomore midfielder Grace Houser (41 goals, 52 draws) returns after turning in a First Team All County performance as a freshman. Fellow sophomores Lauren Gonzales, Maddie Hooks, and Mackenzie Wallevand provide additional offensive firepower. All four sophomores were on the West Coast Starz girls team that went undefeated last week in Florida at the President’s Cup beating teams from NY, NJ and Philly. Junior Alexia Hipster can be counted on to frustrate opponents on the defensive end of the field.

6. Mission Viejo High School
Last year: 17-5
Playoff finish: Lost 16-10 to Corona Del Mar in the First Round
Last year a young Mission Viejo team closed out the regular season by winning 8 of their last nine regular season games. Don’t be surprised if they come of age this year and a talented midfield group leads them deep into the playoffs. Juniors Maryn Macha and Shelly Cummings, and senior Samantha Leyds are all players to watch.

9. Trabuco Hills High School
Last year: 17-3
Playoff finish: Lost 21-9 to Capo in the quarterfinals
The Lady Mustangs were hit hard by graduation but return with a talented group of seniors led by First Team All County attack Jennelle Phillips. They will be in the hunt for another league title.

10. San Clemente High School
Last year: 6-10
Playoff finish: Lost 11-5 to Beckman in first round
Senior leadership may have the Lady Tritons in the South Coast League race this year. Seniors Katelyn Miner, Stephanie Alpizar, Emily Twilegar, and Ariana Petrikas all return after racking up a combined 127 points in 2014. Senior Shelby Thompson will be a defensive force.