The People Speak: Aliso Most Likely to Upset 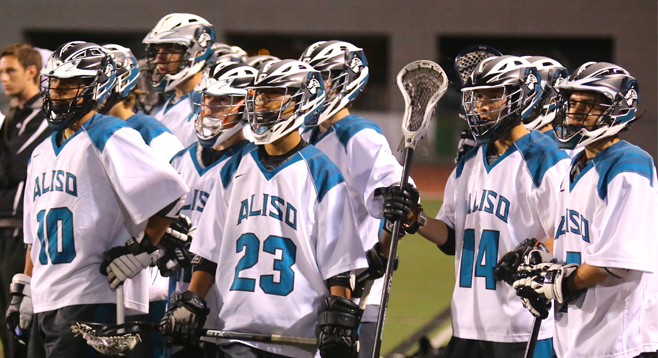 Hundreds of fans voted in yesterday’s poll and popular opinion sided with the seedings that Aliso Niguel is the most likely team to upset their higher seeded opponent. See more results after the jump.

Two surprising results are that fifteenth seeded Newport Harbor received almost 10% of the votes and 14th seeded El Toro received the least amount of votes. Does this mean that the fans have faith in Newport and believe they are playing better lacrosse than their seeding says? Or are they still unsure that CdM’s wins over (3) JSerra, (4) San Clemente, (5) Santa Margarita, and (6) St. Margaret’s prove that they are the real deal?

Fans seem to be confident in JSerra’s ability to step up in playoffs although they have had trouble against top in county competition. El Toro is playing solid lacrosse and coming off a last second thriller that could provide the momentum needed to upset the Lions.

Only a few short hours until game results will speak for themselves.