It was a stellar year for Orange County alums playing in the NCAA. Numerous players who honed their craft here in the OC were difference makers at the next level.  The list includes an All-American, a National Champion, a Rookie of the Year, and more.  To help our readers keep up with it all, we picked what we thought were the top 10 performances by Orange County alums in the NCAA this year.

The Corona del Mar Sea Kings have produced a lot of great players but only Hoyt Crance (’15) will be showing up at the alumni game with a NCAA Division 1 National Championship ring. Crance and his  Bulldog teammates made history Memorial Day weekend when they won their school’s first-ever men’s NCAA Division I lacrosse title, defeating Duke.

Nick Shanks (St. Margaret’s ’16) was named to the NCAA Division 3 All-American First Team by the United States Intercollegiate Lacrosse Association. Shanks played in all 20 games for the 18-2 Jumbos and tallied 50 points (38 goals, 12 assists). 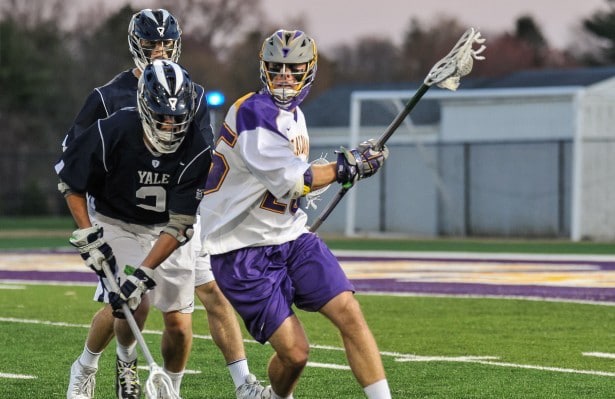 Stone Sims (San Clemente ’14) started at close defense in 17 games for the University at Albany and led the team with 18 caused turnovers.  Sims’ impressive career came to a close with the semi-final loss to Yale. He appeared in over 70 games and was 3X America East All-Conference defender during his tenure at Albany. 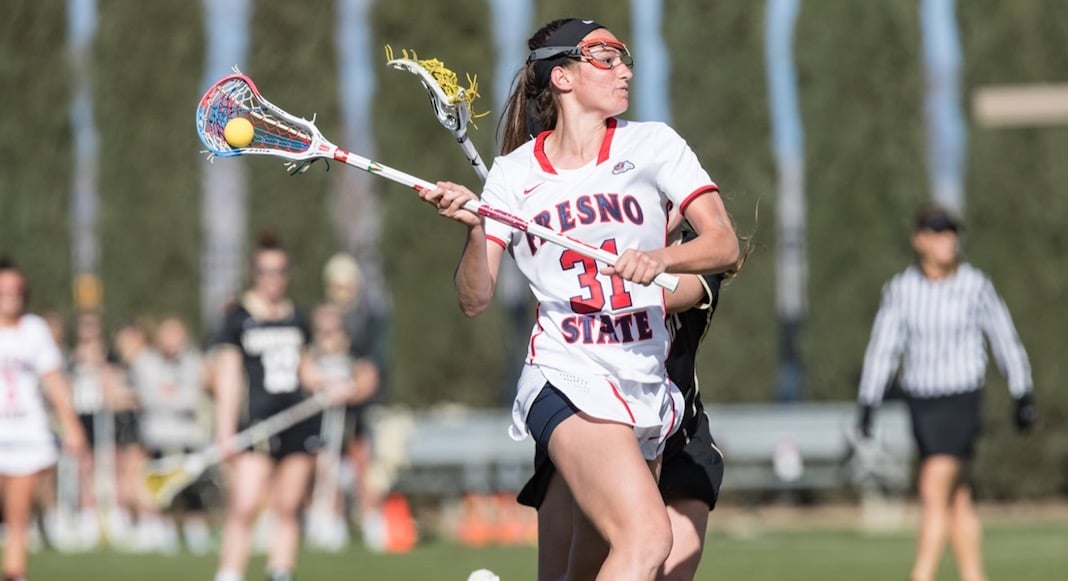 Mackenzie Wallevand (Mater Dei ’17) had 19 goals, 10 assists, 29 points, 51 draw controls, 15 ground balls and had 26 caused turnovers in a very respectable career for the Fresno State Bulldogs. Oh, wait. That was only her freshman year, she still has three years to go. Not surprisingly Wallevand was named the Mountain Pacific Sports Federation Rookie of the Year and earned a place on the All-MPSF Team. 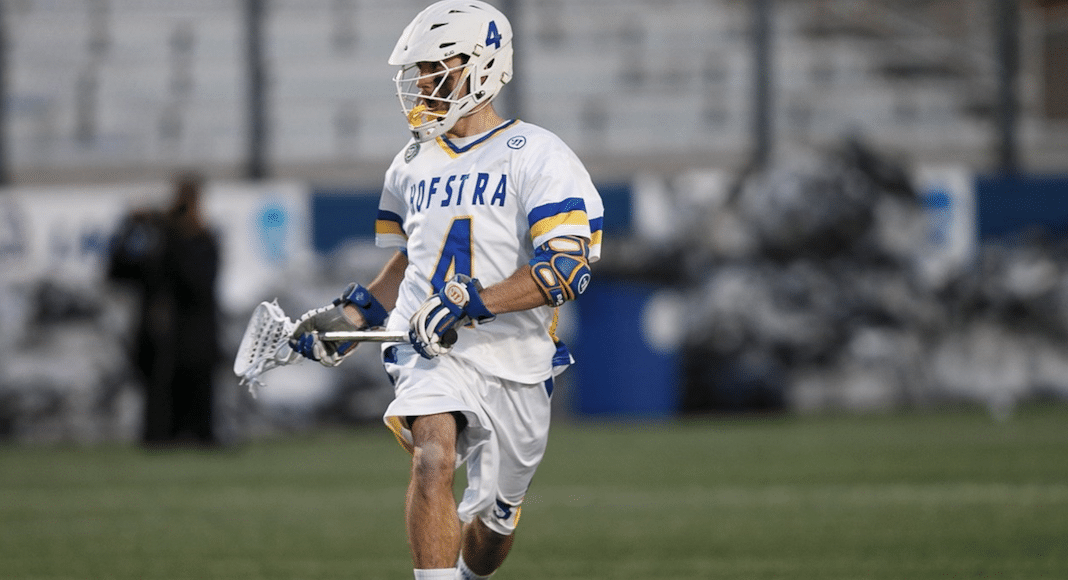 More often than not the best the players that you never hear about are the short stick middies. And that has certainly been the case with Brenden Lynch (JSerra ’14) at Hofstra for the last four years. Even his coach was surprised when I observed that Lynch appeared in 50 career games. That is more game appearances than all but one classmate. Lynch totaled 67 groundballs, 14 caused turnovers, and 5 assists in his career.

“Brendan had a great career for us,” Tierney said. “50 career games is a lot for a player, especially a defensive midfielder. Brendan is a mentally tough kid who came in ready to play Division 1. He was well prepared by Kyle Harrison (Lynch’s coach at JSerra).” 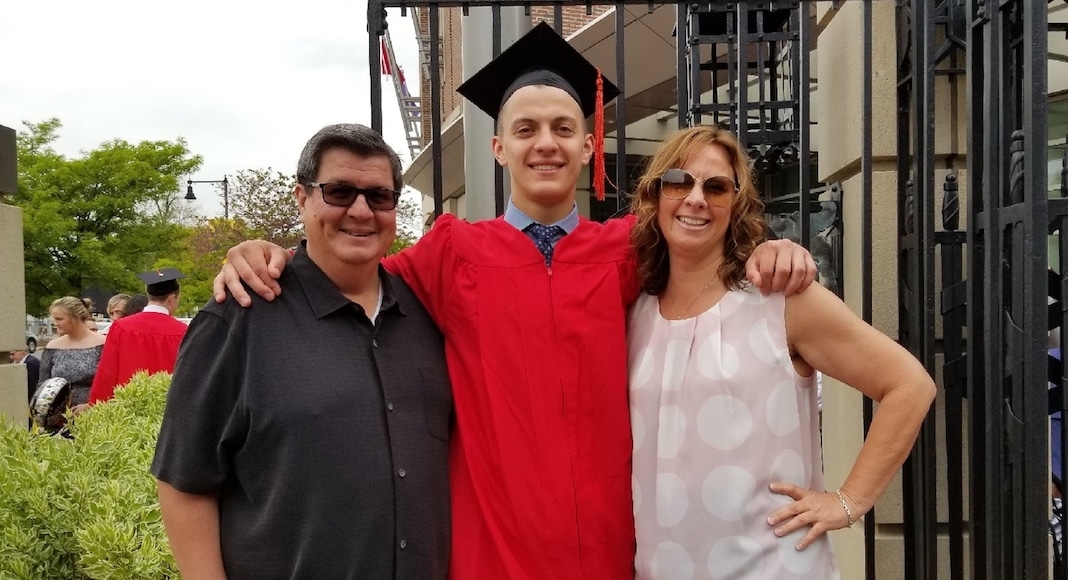 Hayden Ruiz (Santa Margarita ’14) racked up 30 points (11 goals, 19 assists) in his senior year at Boston University.  That stat line was good enough to make him no. 2 on the team in assists and no. 4 in total points. He leaves behind a legacy of 72 career points (35g, 37a).  Most impressively he did all that while earning a degree in biomedical engineering in four years.

Hoyt’s twin brother Hugh Crance (CdM ’15), started at close defense in all 15 games for the Notre Dame Fighting Irish for the second year in a row. He has appeared in every game since he arrived on campus.  Crance was third on the Irish with 30 groundballs and second with seven caused turnovers.

Mitch Kingsley (JSerra ’14) came into Hofstra as a highly touted attack in the fall of 2014. Unfortunately, he was bitten by the injury bug and that limited his playing time to just 11 games his first three years. Despite his lack of playing time, Kingsley’s teammates and coaches thought enough of his leadership to name him a captain for his senior campaign.  He was also a three-time CAA Commissioners Academic Award recipient.

A true baller, Kingsley made a voluntary transition from attack to d-middie this season to maximize his opportunities to get on the field. He played 13 games this season and recovered 13 groundballs.

“The transition from attack to defensive midfield is not an easy one,” said Head coach Seth Tierney said. “He (Kingsley) made it look easy. I’m awfully proud of him.”. 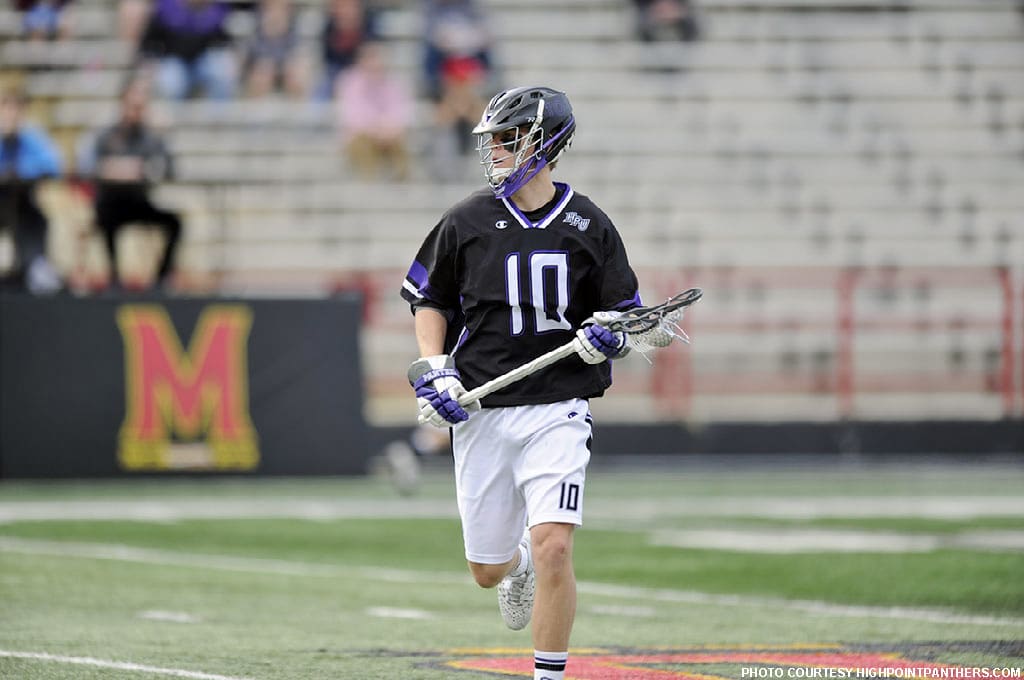 Captain Peyton Garrett (San Clemente ’14) capped his four year career at High Point with his most productive season. Garret appeared in all 14 games with three starts on the year. He racked up 10 goals, one assist and eight ground balls, and was a Mills Scholar Athlete. 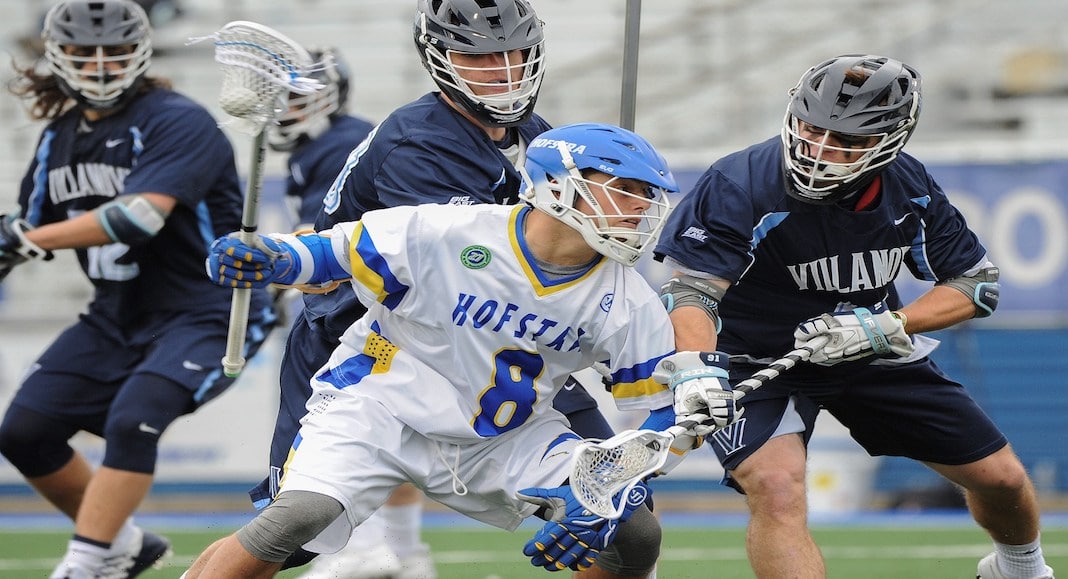 Jimmy Yanes (JSerra ’15) missed his freshman season with a torn ACL but recovered by his sophomore year to become an important contributor to the offense. He has started in 28 consecutive games. This season, he was the team’s second-leading scorer with 35 points (24 goals, 11 assists). He is currently preparing for the World Games with Team England.

Tierney has high hope for Yanes next year, noting that he is a very tough cover with a great change of direction. He also commented on Yanes’ work ethic and his desire to improve.

“Jimmy has done a great job working on his left hand and his lacrosse IQ is just going up and up,” said Tierney.