Tess Keiser is the Athletes Choice Workhorse of the Week 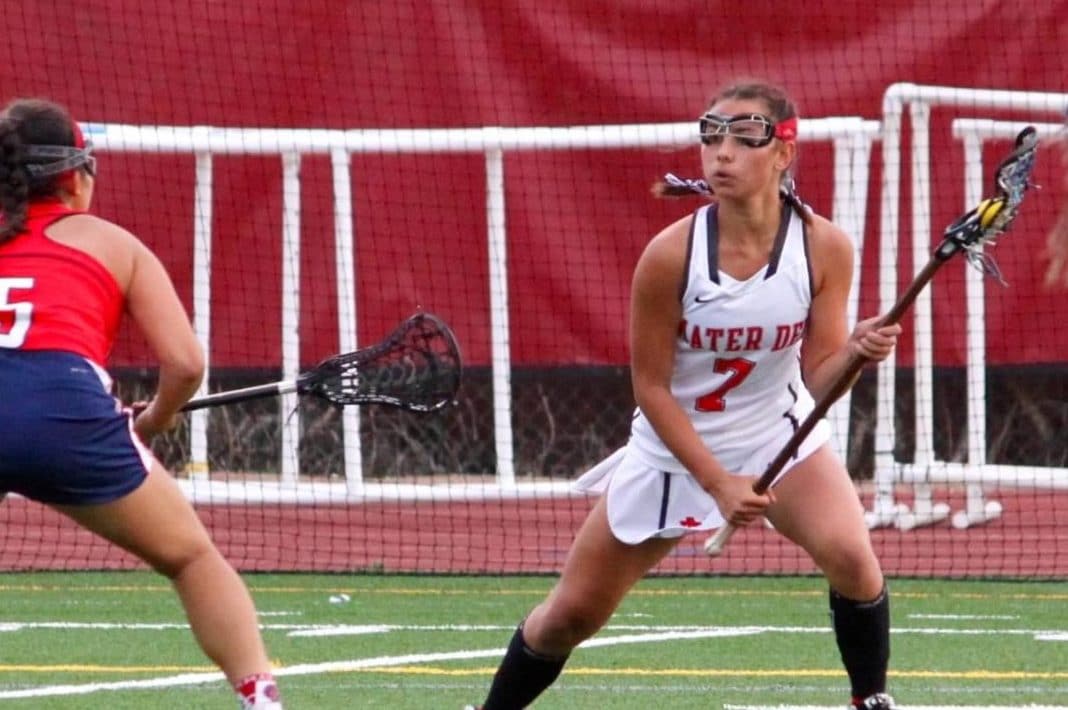 Mater Dei junior Tess Keiser is the Athletes Choice Workhorse of the Week.

Keiser, the first athlete to receive WOTW honors more than once, played in all 21 games for the Monarchs last season and significantly upper her production from 2016.  She scored 39 points (21 goals, 18 assists) in 2017 compared to three points (2g, 1a) the previous season.  After a strong summer, she appears ready to elevate her game to another level again.

“Tess has been working really hard in the offseason playing with the MD school team, club teams Legacy Lacrosse and West Coast Starz,” Bowman said by email. “She attends Athletes’s Choice where she attends speed and conditioning sessions as well as lacrosse specific sessions with trainers such as Nick (Tintle). Tess it the type player who you can give the tools and guidance and she will do the rest. She gets on the wall on her own, she runs on her own, and she is constantly playing.”

A natural athlete who is near ambidextrous with a lacrosse stick, Keiser continues to add new weapons to her arsenal.

“She’s also been really focused on her one-hand grabs which she has been super successful with this offseason,” Bowman said. Tess is a great all-around player and has played every position there is (yes, even goalie back in the day) which makes her versatile. But a new element she’s added to her game is her agility. She’s now throwing her weight and making her dodges more believable and juking her opponents to beat them in a footrace.”

With the departure of five seniors now enrolled in Division 1 programs, Keiser appears to be one of the players poised to fill the leadership void for the two-time section champions as they go for the 3-peat in 2018.

“She’s also just about the nicest person you’ll ever meet,” Bowman added. “She’s able to be highly competitive and focused while having fun and keeping light spirits. She’s been an excellent leader for our team and helps her teammates by giving pointers and positive support.”

Nominate A Workhorse of the Week

Do you have a favorite Workhorse that you would like to nominate? Enter your email address below and the player’s name, and hit submit. We will get back to you by email within a couple days with followup questions.