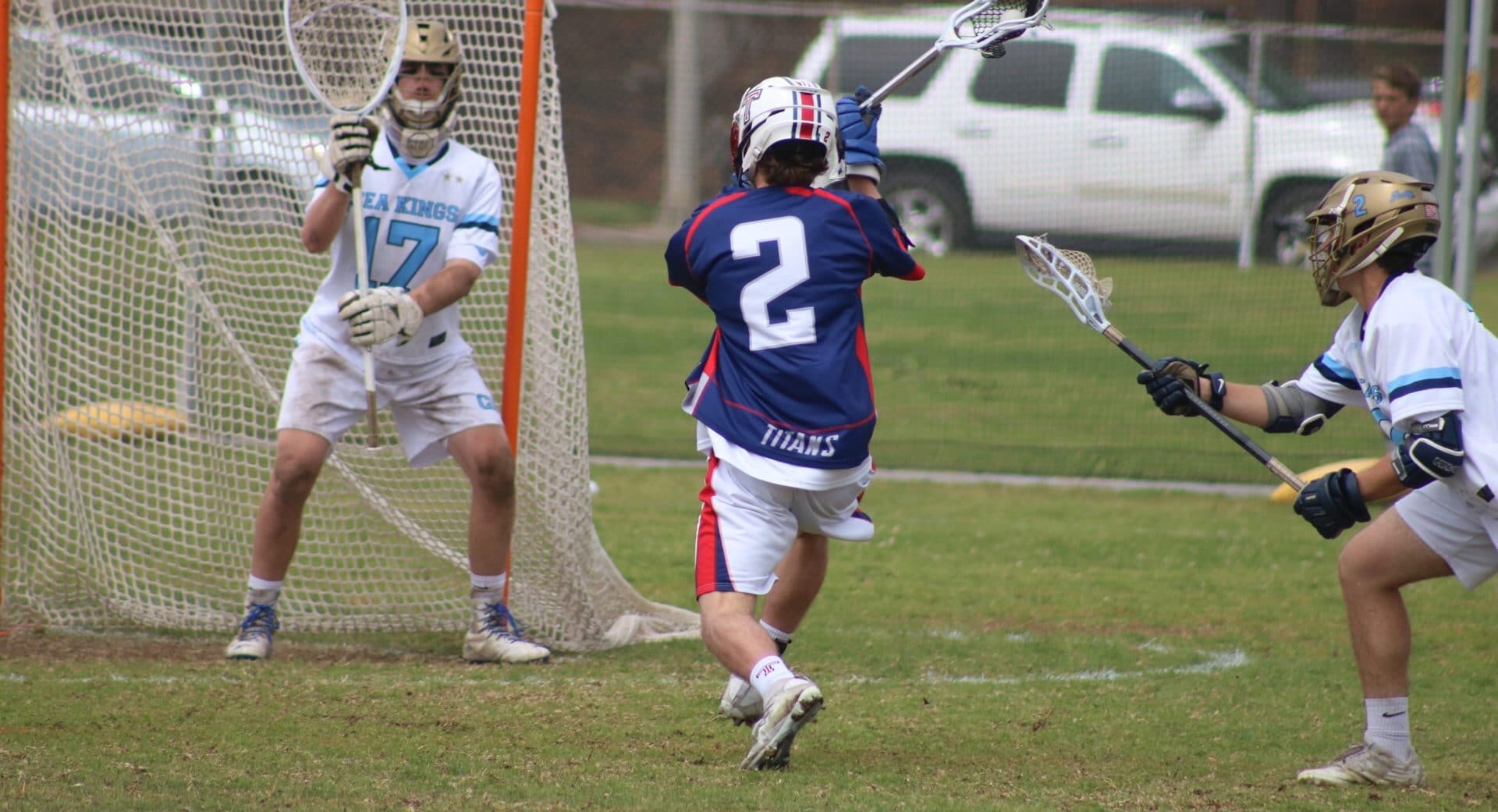 No. 3 Tesoro (10-0) dethroned the No. 5 Corona Del Mar Sea Kings (4-5) for the first time in program history 10-8 on Saturday. In a tightly contested contest with numerous lead changes, the Titans were on the right side of the score when the final whistle blew.

“I thought our kids were right there with them for most of the game,” said CDM head coach G.W. Mix. “We made some critical mistakes at the end which cost us the opportunity to win the game for sure.”

The Titans and Sea Kings kept trading blows in the first half. Tesoro got off to a 3-2 lead after one quarter of play and CDM bounced right back and took a slight 6-5 lead into the break.

Each team traded blows in the third quarter with the Sea Kings holding onto a tight 7-6 lead after the quarter, but that is when the Titans made their move. Tesoro scored four crucial goals in the final frame thanks to a major conduct penalty by Corona Del Mar and a couple of unforced turnovers. As a result, the Titans came out victorious 10-8.

“[We were] more disciplined with the ball,” said Tesoro head coach Brian Dunn. “We’ve got threats all over the field. It’s just a matter of waiting for the right look. We look at CDM and obviously they’re a well coached team and they do a great job at possessing the ball with a good high quality look they’re feeding. So we just tried to mimic that.”

It was a semi-emotional day for Tesoro’s Dunn,  whose team not only picked up their first ever win against the Sea Kings, but Dunn was a part of Corona Del Mar’s program when it officially began as a player and coaching his Titans to a win on his old stomping grounds is something that he’ll never forget.

“It’s incredible,” Dunn said. “Having started the program and seeing what it was at that point and seeing what it is now, it fills me with pride to come back here to be able to play this team and to see what [Mix] and Mark Todd has done with the program, it is definitely a special thing. I’ve got a ton of fond memories playing football and lacrosse on this field. I’ve got a ton of fond memories at [Corona Del Mar], so it is definitely special to come back here and get the win.”

Despite the loss, the Sea Kings were with Tesoro the entire game and Mix believes this is something that his program can build off of in a positive way as the season heads into April.

“We’re taking baby steps and I thought the fact that we were in a tie game in the fourth quarter with a team that’s third in the county is a pretty good indicator that we’re getting better,” Mix said. “I think the kids feel the same way. It’s just a matter of getting the little things taken care of that makes a difference in games. And that type of knowledge comes from playing and experience in big games. The future looks pretty good, we just have to press on and go a little bit harder and a little bit faster so the future gets here sooner rather than later.”

After a spring break gap in their schedule, the undefeated Titans (10-0) will return to the field April 12 with a road match against rival Capistrano Valley (1-2). Meanwhile, the Sea Kings (4-5), having lost five of their last six, will try to put March behind them when they head south to take on Cathedral Catholic (2-7) on Tuesday.