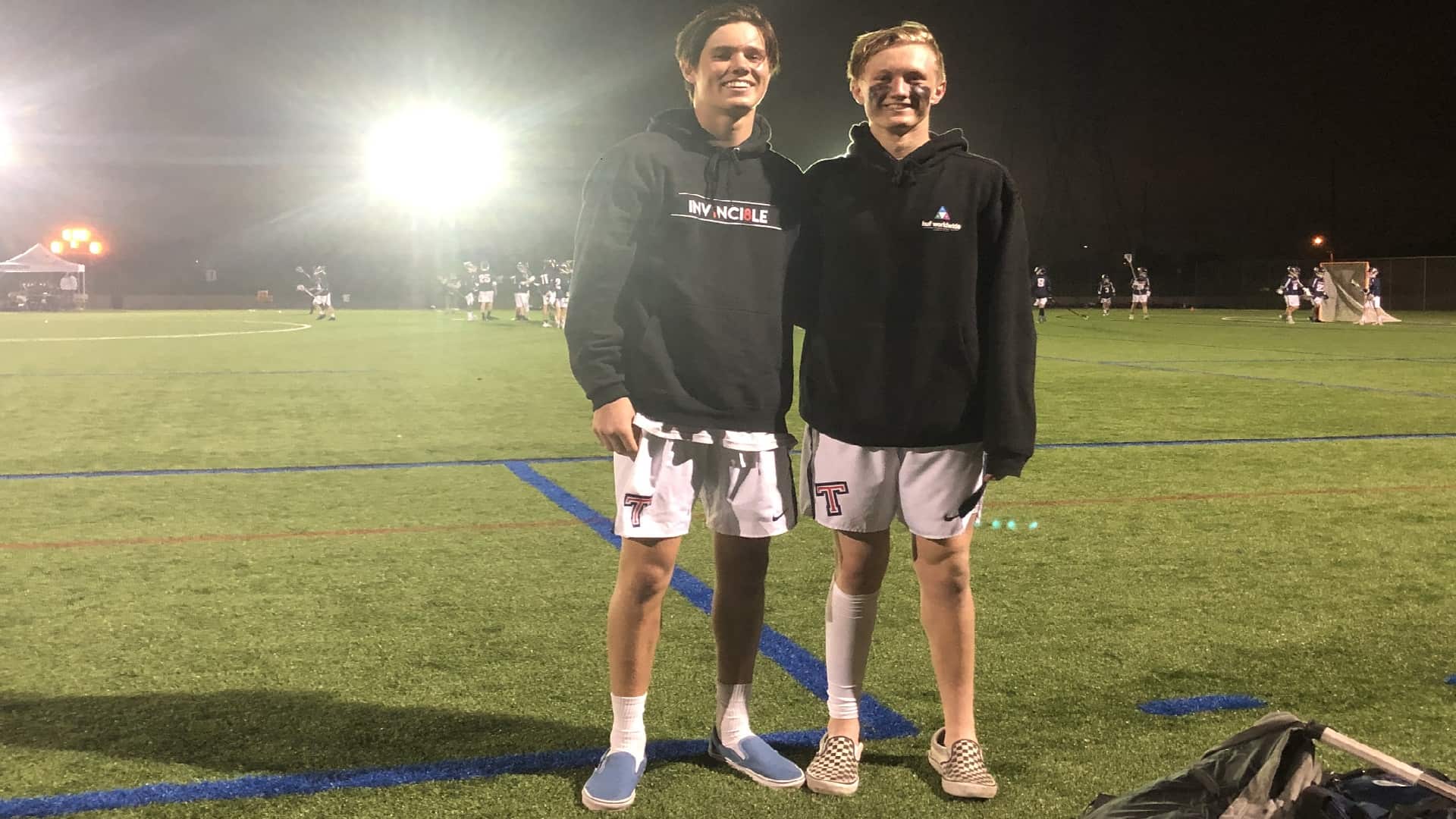 It took a little while for Tesoro boys lacrosse team to get warmed up up Friday night at Edison High School, but once they did there was no stopping them.  Sparked by six goals from Aidan Farris (right) and five from Charlie Richardson (left), the Titans shook off an early 2-0 deficit to defeat Edison 15-3 on Friday.

“We settled in on offense. We threw the ball away five or six times earlier in the first quarter, then we settled down, got into our groove and started running our offense,” Titans coach Scott Grubert said.

Eager to take advantage of Tesoro’s early woes, Ben Booth and Halen Dresser each scored a goal to put Edison up at the 7:35 mark of the first quarter.  That lead held up until the 3:41 mark when Richardson found the back of the net to make it 2-1 in favor of Edison, which is how the first quarter ended.

The Titans received some good news during the intermission when they found out their EMO unit would get some practice during the first two minutes of the second quarter due to an Edison player using an illegal stick.

Richardson and Radyn Badraun (1g, 3a) made the most of the opportunity to give Tesoro a 3-2 at the 11:00 mark that would only continue to grow. A subsequent 15-minute lightning delay didn’t deter the Titans, as they tacked on three more goals to take a 6-2 lead into halftime.

Tesoro scored the first seven goals of the second half to put the the game out of reach.  Edison didn’t find the back of the net until 6:39 mark of the fourth quarter courtesy of Trevor Tripp but with Tesoro up  13-3, the Titans were on their  way to moving to 2-0 on the young season.

“Our defense played outstanding today. They were really sliding, they were looking to back up and our goalies were solid,” Grubert said.

Grubert also made note of Badraun’s contributions play on both ends of the field.

“Raydn Badraun played unbelievable. We just moved him up to midfield, he had assists, he was all over the field, he played defense, he played offense, he’s an old school two-way midfielder,” Grubert said.

Matt LaFerriere made 14 saves for the Chargers. Despite the loss, coach Dieter Nemes was proud of how his team never quit and of how LaFerriere played.