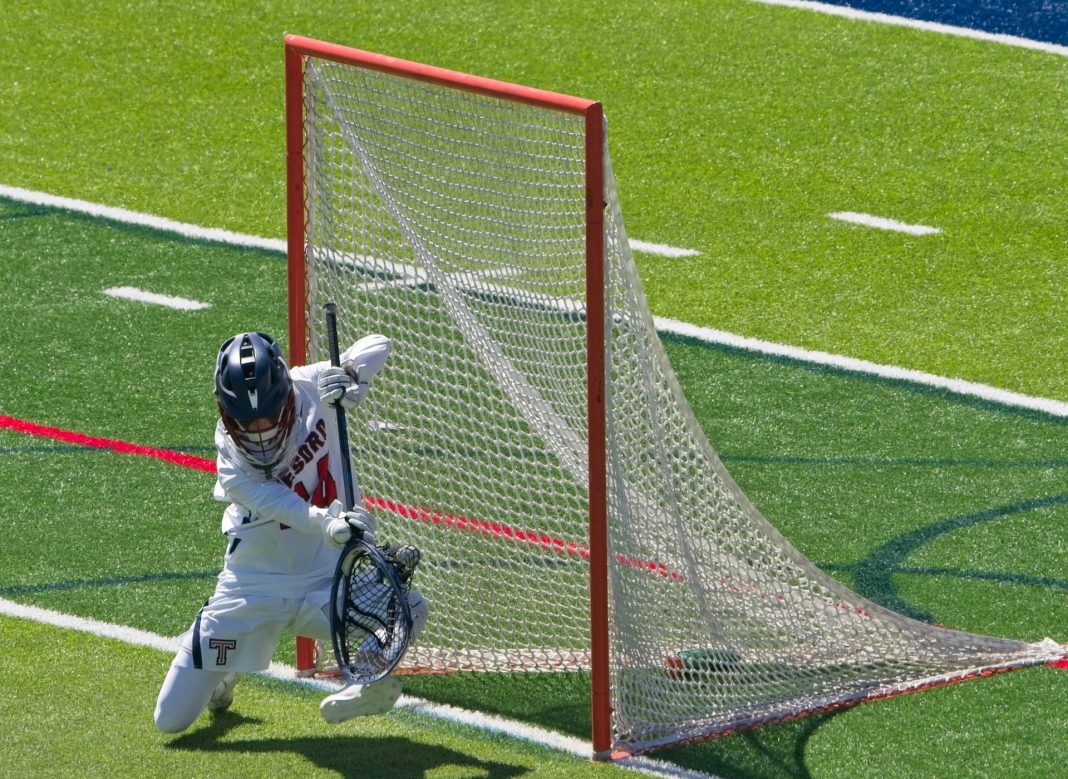 LAS FLORES- The Titans took to their brand-new turf field on Saturday afternoon with
incredible teamwork on offense and defense. The game began with Servite coming out
of the gate fast with a lead of 2-0.

After some adjustments, Tesoro led at halftime 6-3. Tesoro’s goalie and captain, Jackson Brady, held his own against a very athletic Servite offense with 16 saves.

The middies were quick coming in and off the field doing their part to keep the
Friars from getting close to the goal. Defense middies include Ryan Tabor (1 Assist 2
GBs, 1 TOC), Cole Tredway, Dylan Hyland, Jack Clark-Dickson, and Owen Zugel

The Titans won 12-3 with incredible teamwork up and down the field. Charlie Richardson led with 4 goals. Cole Pollard led with 3 assists, after coming off from last week’s record of 10 assists.

Earlier in the day, the Tesoro JV beat Servite 9-3 and is 2-0 into their season. The Titans continue with its competitive schedule and will host Corona Del Mar on Tuesday evening.