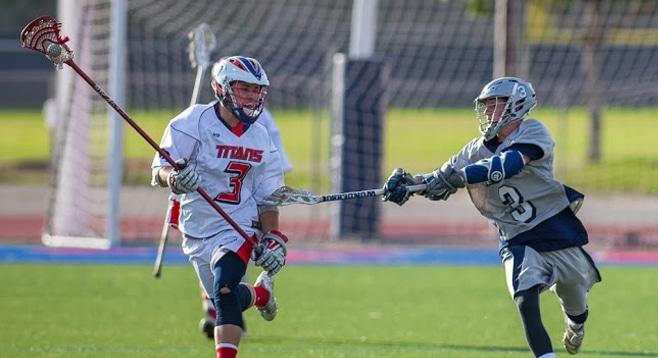 Coming off a decisive loss to Foothill, Tesoro rebounded against Newport Harbor with a 15-6 victory. After an early exchange of failed possessions and some fantastic saves from the Newport goalie Eli Gutteriez, Tesoro settled into a groove and put in a few early goals from Brandon Mayo, Matt Costanzo, Sage DeVault and Nathan Wehrli.

Tesoro looked to be on their way when Newport Harbor buckled down, earning a few possessions and ending in some nice goals, including a pretty behind-the-back finish on the crease from senior Chris Buchanon making it 6-2.

However, the comeback was short-lived as Tesoro responded with some tough defense and great goal tending from senior Zack Houghton, who finished the game with 12 saves.

In the end, possessions were the telling stat as Tesoro won the ground ball battle with the help of Cole Roberson and Quinn Toohey, who netted three each while Cole Spooner had four.