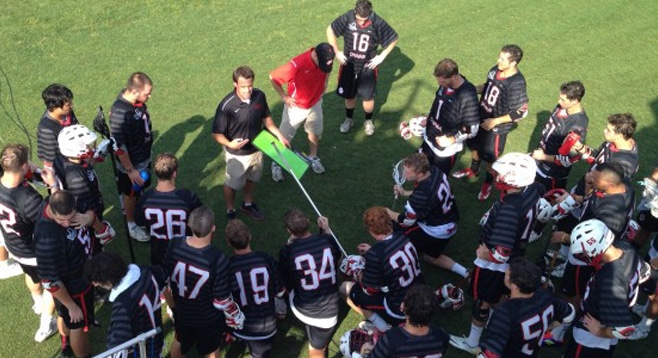 The Men’s Collegiate Lacrosse Association Division 1 and Division 2 National Tournament will be held in Orange County for the first time next Week.

Adding to the local interest will be the presence of of two local teams, Chapman University and Concordia College, and a large number of local players who will be coming home to play in front of family and friends as they compete for a national championship.

The MCLA Division I Chapman Panthers were selected as the fourth seed for this year’s MCLA National Tournament. Over the years Chapman has consistently been one of the favorites to win it all, but has yet to climb the mountain and hoist the trophy. This year they have a distinct advantage: home field.  This year’s MCLA tournament will hold it’s Final Four at Ernie Chapman Stadium in Orange Calif, the same stadium where Chapman went 8-1 during the regular season. They start their journey against Northeastern on Monday at 7:15 at UCI. The Panthers will have to win their first two games on Monday and Tuesday in order to advance to the semifinals on Thursday in order to take advantage of their home field and home crowd.

With their win Sunday over OC rival Cal State Fullerton in their league championship, Concordia earned an automatic bid to the National Tournament as the twelfth seed. Division II Concordia compete for the Division II Championship and will also have the advantage of playing in their own back yard.

Orange County has traditionally been a great feeder for MCLA programs and this year is no different. 32 Division I and Division II teams will compete next week but many more former players will be returning home to play in front of friends and family.  Check back this weekend for a guide on OC players to watch.

Take advantage of such a special opportunity to watch the highest level of lacrosse on the West Coast and purchase your tickets here!