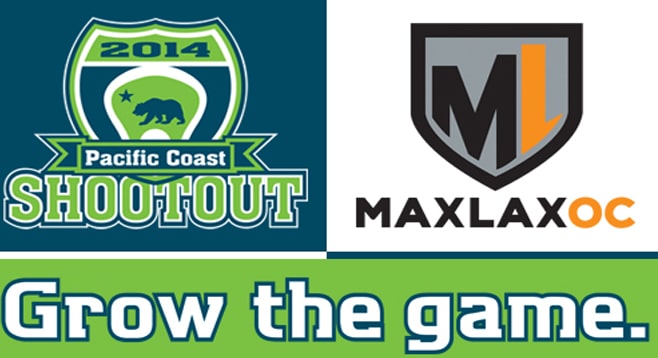 Want to see the best college lacrosse game ever to be played in the state of California? Teams can sign up now for team discounts and packages for the NCAA Division I game pitting pre-season Top 10 teams Denver vs. Notre Dame to be held March 8 at OCC. Sign up below for a chance to win FREE tickets!The following teams have already signed up for team tickets:

One lucky fan will be chosen at random every Friday to win two free general admission tickets to the big game March 8 at LaBard Stadium (prize valued at $50). All you have to do is complete our entry form provide the team for which you play for or associate yourself most closely. If you don’t win the first week, don’t worry about it. All entries except the winners will be re-entered every week or until its a winner. Winners will be announced every Friday and notified via email. Tickets will be mailed to the winner’s home address.

For more information about the game, go to pclaxshootout.com.

Look for several local players to have an impact in the Shootout.

“It’s no secret. West Coast lacrosse is booming,” commented the event’s Executive Director, G.W. Mix. “Each year, more and more players from California are appearing on the rosters of traditional college lacrosse powerhouses. The ultimate goal of the Shootout is to promote the high quality of lacrosse being played in California and the West, while exposing these developing players and programs to the best collegiate programs in the game. With this match-up between Denver and Notre Dame we are well on our way.”

West Coast players are no stranger to either program.