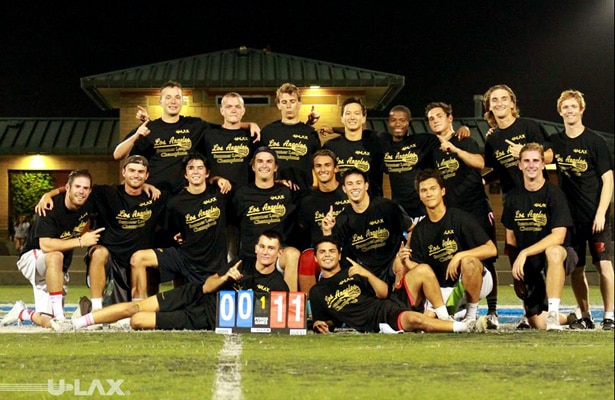 Team Goon is made up primarily of players from the Conejo Valley, many of whom currently play in college and others who soon will. Team Broski, which finished 6-2 with both losses to Goon, is captained by Loyola assistant coach Brett Tietjen and features a number of Mission League alumni, as well as Brentwood head coach Skyler Hopkins.

Among the players on the Goon roster are:

Rosters for all of the summer’s ULAX LA squads can be found here.

ULAX currently is taking registrations for its fall league in Orange County, which runs from mid-september to early November. The site doesn’t yet have a listing for a fall league in Los Angeles.

From the ULAX website: “ULAX represents a network of lacrosse leagues throughout the United States and Canada. We’re partnered with Major League Lacrosse in an effort to keep adult lacrosse players in the game by providing an affordable and high-quality experience.”