#tbt: Catching Up with Chase Williams 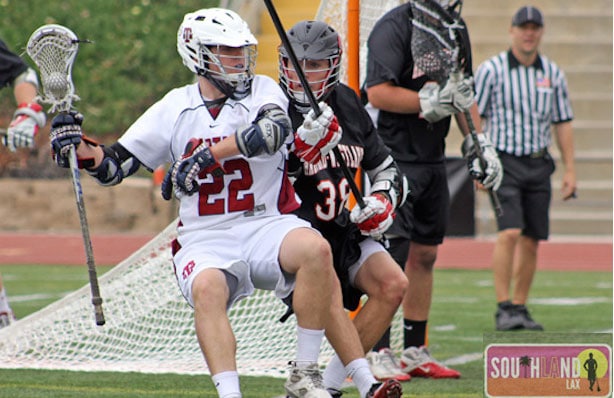 In September of 2012, MaxLaxOC.com reported that hard work on the field and in the classroom had paid off for St. Margaret’s senior attackman Chase Williams. After graduation, Williams would be on his way to play NCAA Division 3 lacrosse at on of the most selective liberal arts colleges in the country,  Haverford College in Haverford, PA.

As good as that news was, it only got better for Willams and his Tartans teammates that year. Williams finished his senior season with Second Team All County honors and a Southern Section Championship ring. Now a junior at Haverford,  Williams continues to impress at the next level. He started 12 games for the Fords last year and was the team’s fifth leading scorer. Chase, who is studying abroad this semester in Australia, took some time to catch up with us and make some bold predictions. Read on to catch up with Chase Williams.

Q: What are your thoughts on West Coast lacrosse vs East Lacrosse?
A: To put it metaphorically I’d say West Coast is the younger brother of East Coast, and the day is quickly approaching where the young brother is going to be taller than the older brother. IF you know me personally you know this isn’t just made up symbolic language; my younger brother is in fact taller than me now, and I must admit having become an East Coast laxer that there is more than a tinge of the bitterness that comes with age. East Coasters have been there doing this for way longer, and now as the sport is growing as a whole the young West Coasters (with their constant sunshine and beach-side fields) are being grandfathered into the fame and seem to be quickly usurping the fame from their older counterparts. Mark my words, Nate Marano will be at least a Tewarraton Finalist by the time he’s through, and all you’ll here about is how great the West Coast is. The seasoned Long Islanders will shake their heads and say “younger brothers are always the favorite”.

Q: Was it a difficult adjustment from high school to college lacrosse?
A: It’s a double edged sword (I tried thinking of a better comparison, that one is so overdone). On one hand the amount of time you have to commit, the opportunities you have to sacrifice, the constant early mornings, and unholy amounts of running you have to endure makes you realize that HS lacrosse really is fun, and that in some ways your in the big leagues now (granted I am only D3, and from what I hear from my D1 friends things are unfathomably worse, so be weary). But on the other end you have a team, and not just a team you spend 2 hours in the afternoon with. No, your team becomes your family (another cliched simile), right from Day 1 and you rarely find yourself without them. While High School lax was much less of a job, College Lax gives you a healthy salary of friendship and camaraderie that I think few get to experience in their life. Currently I’m studying abroad with 3 of my teammates in Australia. I haven’t been without them for the last 6 weeks, and I couldn’t be happier.

Q: It was a tough winter back east last year. What was the coldest temperature you practiced or played in?
A: Just as snowfall can make things hazy, so too can it blur your memories. To be honest most of the time from February to April is bitterly cold; some days are better, some are worse.  But overall I try to forget the specifics of those months; or I experienced prolonged brain freeze and actually can’t remember. Either way the game of note was our season opener against Cabrini. It was looking like I would be a decent day, but starting at the opening whistle a small amount of snow fall started to percolate to the turf, and by halftime they have to shovel the white stuff off the lines so we could play. By the ending whistle it had frozen over to ice, and everyone started playing some real timid lacrosse because of the threat of slipping. But hey, lacrosse is a spring sport.

Q: Carne Asada Burrito or Philly Cheese?
A: I’ll have to go with carne asada burrito, but I’d be a liar if I said I didn’t have a “healthy” amount of cheesesteaks while at school. It’s an existential question that shouldn’t be asked and can’t be answered. Though, if you’re in the Philly area and looking for a real cheese-stake (try avoiding the tourist trap Pat’s and Geno’s) travel to Manayunk and go to Dalessandro’s. Easily the best.

Q: Can the Tartans make it 3 out of 4 in 2016?
A: Short answer: yes. Long Answer: Being a part of the first championship team, and having it be my last season, has made me think about the legacy in a more temporal scope. It’s not necessarily about if they’ll win this next season, but how much they will win moving forward. I believe you’re about to see a period of dominance from the fighting plaid.