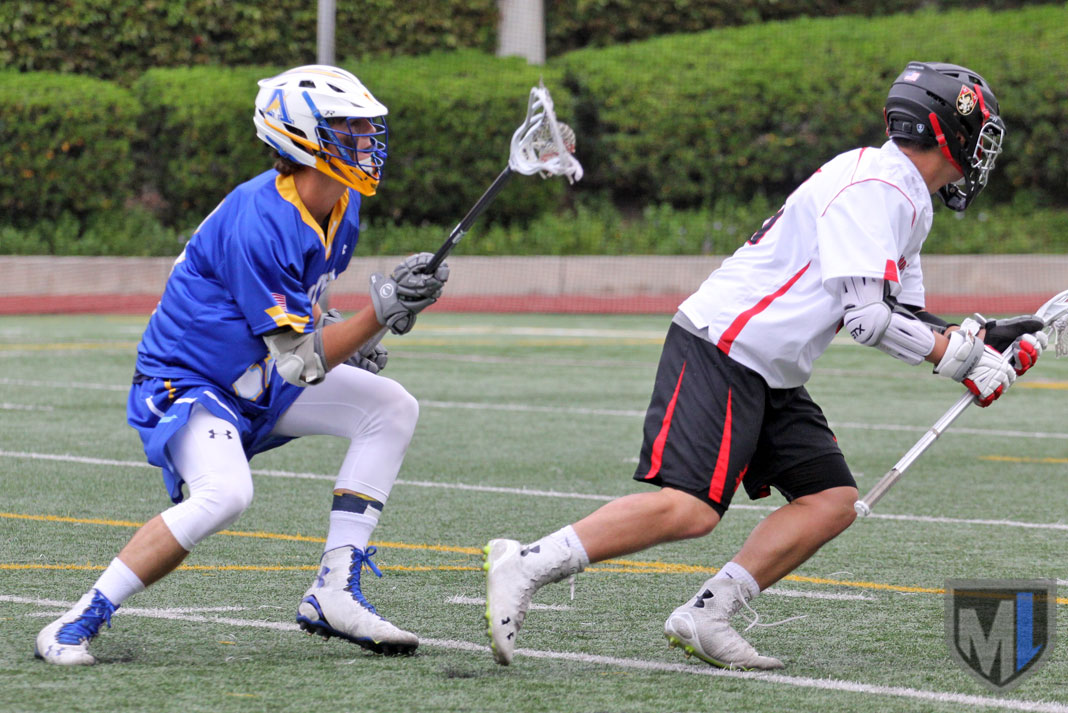 “Providence was my top school for a long time,” Dankenbring said via text, “because it has a strong biology [program], amazing coaches and beautiful facilities. Other schools I considered were Franklin & Marshall, Lindenwood, Illinois Wesleyan, Ohio Wesleyan, St Mary’s, Ohio Northern and Florida Southern.”

Blessed to announce I will be furthering my education and playing D1 lacrosse at Providence College#Friartown pic.twitter.com/omZuJDiIZq

The NCAA Division I Friars finished the 2016 season with a 7-9 record, including their first ever appearance in the BIG EAST Tournament.

“I’m very excited for Taylor and his family,” Agoura head coach Sean Lindsay said. “In the dysfunctional world of college lacrosse recruiting, kids feel like the window to play D-I lacrosse closes if they haven’t committed by their junior year. Its nice to see a kid like Taylor go through the process, stay patient and focus on the things he can control and have it end with him achieving his goals.”

Agoura assistant Jack Zorzi said Dankebring visited Providence last spring after Lindsay sent the defender’s highlight video to the Friars’ coaching staff. Dankenbring kept in touch with the staff over the remainder of the spring and summer while competing for the LA Mavs Elite and LB3 National club teams.

“Sometimes kids on the West Coast get caught up in playing on certain teams in order to gain exposure,” Lindsay said. “Taylor put a ton of work in on his own and continued to develop his game while competing at the highest caliber events with the LB3 National 2017 Team over the past few club seasons.”

Closer to home, Dankenbring continued to play with his Agoura teammates and other Marmonte League players with the LA Mavs Elite team under Lindsay, Zorzi and Oak Park coach Tarik Ergin, while also attending prospect days at many of his schools of interest. After a prospect day last weekend at Providence, he was offered a spot in the Friars’ class of 2021.

“We are thrilled that Taylor found a home at PC,” Zorzi said. “Many recruits would have panicked entering their senior year without a college commitment. However, Taylor remained patient. We advise our players to not only find the best fit lacrosse-wise, but academically and socially as well. They should feel comfortable attending the school they choose as a student even if they were never to play another minute of lacrosse.”

The 6-foot-4 Dankenbring was part of an Agoura defense that allowed only 5.76 goals per game last year. He was credited with 23 ground balls and 15 caused turnovers and also scored two goals and had five assists.

“We believed Taylor would be a great fit at the next level due to his size and athleticism,” Zorzi said. “If you watched any college lacrosse this spring, and especially lacrosse played in Rhode Island, you saw longpoles handling the ball and pushing in transition. With a great stick, Taylor fits the mold of the modern longpole. He has the ability to score in transition and can certainly play that role at the next level. We are looking forward to watching him contribute during his four years for the Friars.”