Tartans Use Big Second Half to Win County Championship 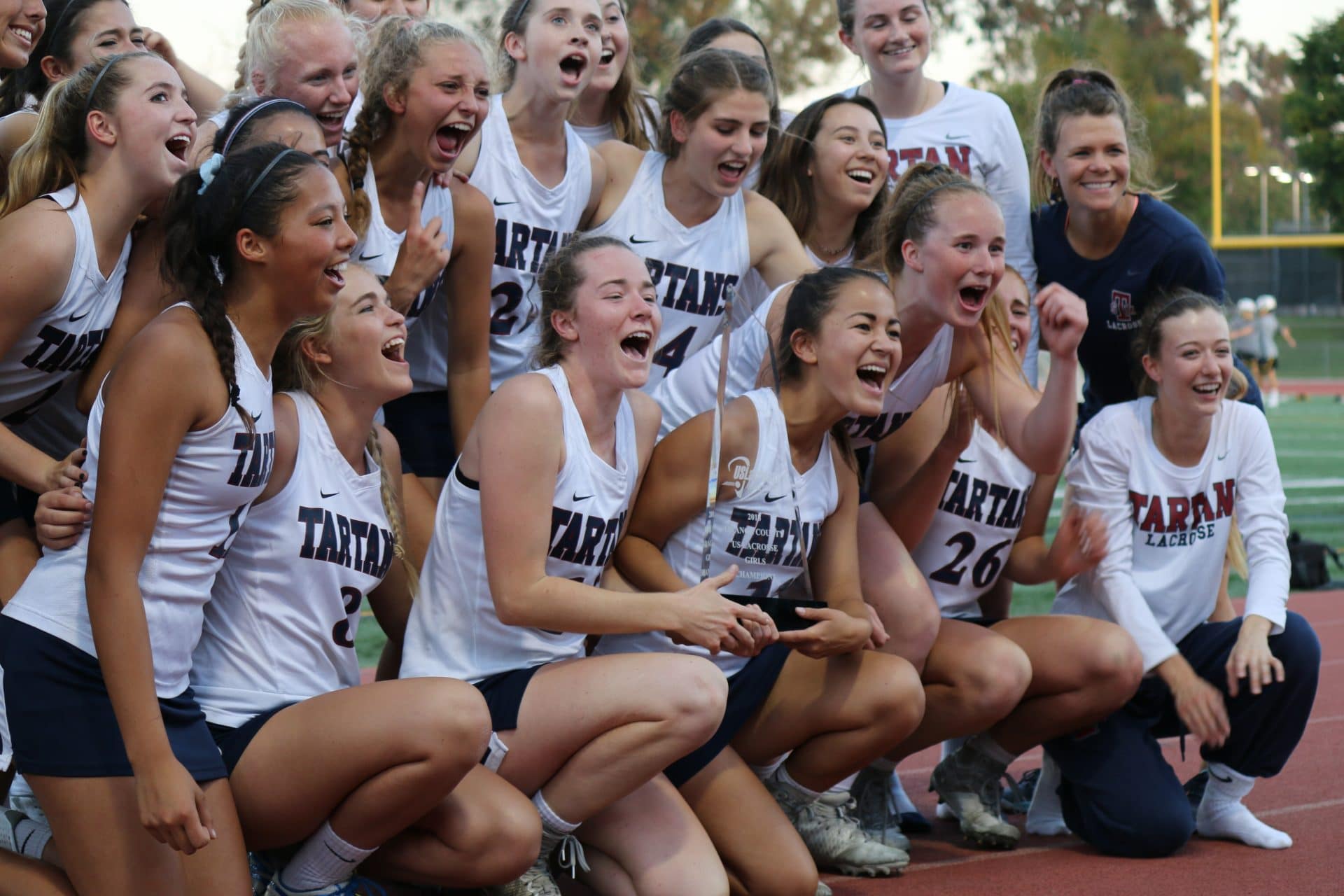 The St.Margaret’s girls lacrosse team scored 10 goals in the second half to defeat Mater Dei 14-9 on Wednesday at Irvine High School, and claim the program’s first US Lacrosse Orange County championship since 2008. The Tartans also ended the Monarchs two-year reign as Southern Section champions.

The Tartans will play the US Lacrosse Los Angeles champions, Redondo Union, for the Section championship on Saturday at 11 a.m at Newport Harbor School. Redondo defeated Agoura 16-6 on Wednesday.

St. Margaret’s trailed most of the first half and entered the locker room down 5-4 at halftime. It was a late Niki Miles goal that drew the Tartans to with one, and Miles’ goal proved to be momentum changer after play resumed in the second half.

The Tartans won 21 of 25 draws in the game, and that advantage started to pay dividends in the second half. St. Margaret’s scored the first four goals of the second half to give them an 8-4 lead that they would not relinquish.

The Monarchs were not going to give up on their three-peat aspirations easily, and they responded with a run of their own. Tess Keiser started a three-goal Mater Dei run that brought the score to as close as 8-7 and then 9-8, but St.Margaret’s pulled away by scoring five straight goals to put the game out of reach.

“We have trained for this and worked for it and we just decided, we weren’t going home without a W. My team was made up of fighters, and I’m proud of them,” Tartans coach Holly Reilly said.

After the game, the Tartans stormed the field knowing that they won their first county championship since 2008. One player that played for St.Margaret’s back in 2008 was Lauren Ciccomascolo, who went on to play at the University of Denver.

“Getting to sit in the stands 10 years later and see SMES win again was a great moment for me. I had messages coming in from alumni who had been on the winning team
with me 10 years ago and their sentiments mirrored mine,” Ciccomascolo said in an email.

“Obviously Mater Dei is a really strong team and we knew who their players were coming into the game, and so we just had to play our game, focus on ourselves and get our fire going,” Young said.

According to Reilly, Young, a co-captain, said that after the game that everyone on her team should have the player of the game trophy.

Keiser led Mater Dei with five goals while Gianna Danese, Georgia Glowaki, Sydney Payne and Angelina Larres each had one apiece. Lily Molkara made five saves for the Monarchs.

“Tess [Keiser] is an excellent leader. She works her butt off and she’s been a leader for us all season. I’m glad she stepped up for us today. We couldn’t buy a draw control. That makes things pretty hard,” Monarchs coach Cressita Bowman said adding that one of her assistant coaches said to the team that this one loss doesn’t define the season.

“We’re just going to have to play our game like we did tonight and trust each other. If they [Redondo Union] won their section then they’re a good team. I’m really excited to see what they’ve got,” Barkate said.