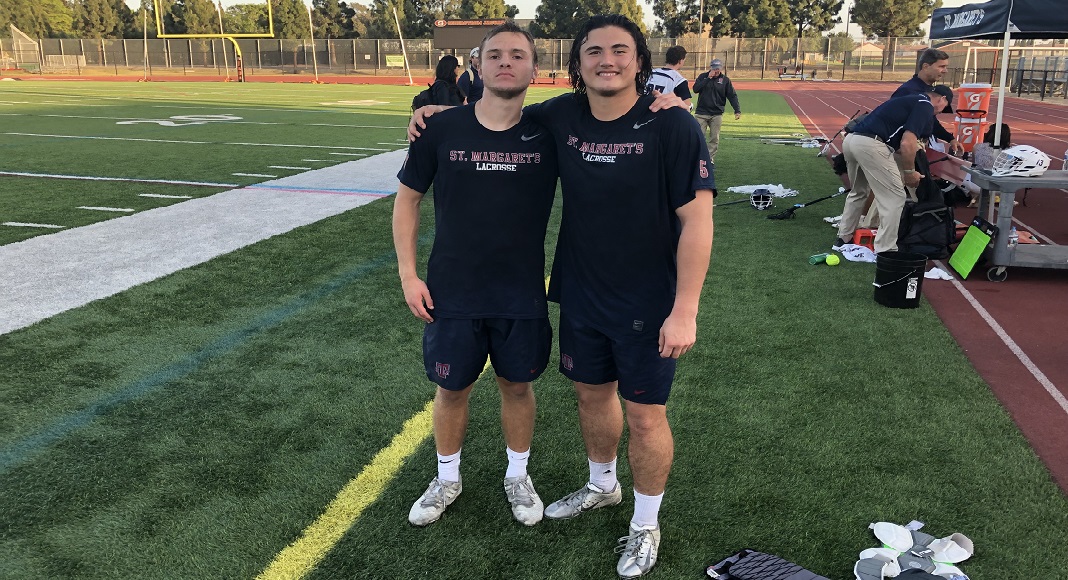 The St. Margaret’s boys lacrosse team will return to the Orange County Championship for the second consecutive year after beating Corona Del Mar 12-5 on Saturday at Segerstrom High School. Koa Todd (pictured right) led the Tartans with five goals while Kevin Groeninger (pictured left) had four goals and two assists, leaving him one point shy of 400 in a career.

In a replay of last year’s County championship game, the Tartans (14-2) will play Foothill on Wednesday at Newport Harbor High School. The Knights beat Trabuco Hills in the other semifinal 17-4.

In a pattern similar to their prior two playoff games, the Tartans seemed to be in control for most of the game but never really pulled away until late. They jumped out to a 2-0 early lead that was cut in half by Simon Hall. The Tartans continued their two-for-one first quarter special with Kevin Groeninger and Nate Sanchez offsetting a goal from CdM’s Ryan Rector to make the score 4-2 in favor of the Tartans as Q1 ended.

Things got more defensive in the second quarter with the goalies providing most of the highlights and Todd scoring the only goal of the period to send the Tartans into halftime with a 5-2 lead.

The Sea Kings continued to hang around in the third quarter but could not gain any ground. Todd continued to light the lamp and added two more goals to offset the pair scored by CdM’s Hall and Rector. Q3 ended 7-4 in favor of the Tartans.

By the time the fourth quarter rolled around, the Tartans’ possession advantage (Stu Pollard was 16/21) and relentless defensive pressure (10 caused turnovers) was taking its toll on the Sea Kings.The Tartans took advantage with five unanswered goals to build a 12-4 lead and put the game out of reach. Goalie Zane Handy (eight saves) did his part stopping everything thrown at him but one Logan Ip  shot to allow his teammates to run out the clock and begin the celly. 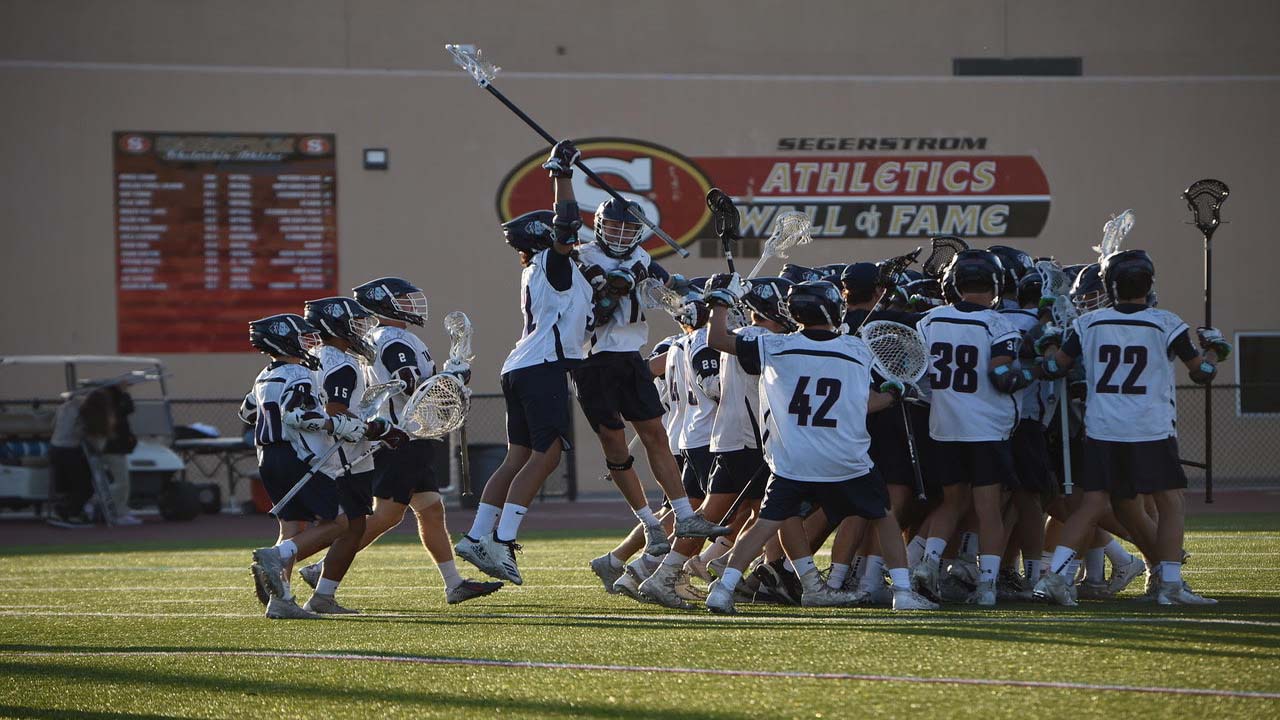 “Zane’s been getting better every single game of the season. He’s a stalwart as always in the cage, he’s very confident there. Once he gains his confidence, he’s really hard to beat in the cage,” Groeninger said of Handy.

Sanchez finished with two goals for the Tartans while Cooper Barkate added one goal. Groeninger said that Barkate was the unsung hero.

Groninger also highlighted the faceoff play from Stuart Pollard and the defensive play from Jason Garrett, who caused turnovers.

Hall and Rector each finished with two goals while Ip had one goal. Kyle Cord finished his high school career with eight saves, drawing praise from his coach G.W. Mix.

“He’s always terrific. He gives us everything he has. We’re sorry to see him go, but he’s given us a three year run, Mix said, also adding that he was proud of his other seniors as well.

St.Margaret’s will look to win its third county championship in team history, as it plays Foothill on Wednesday at Newport Harbor. The Tartans won the first matchup 12-6, but Todd thinks that his team will be prepared.

“We got to be ready for Foothill. They’re a really tough team during the playoffs, they’re always scrappy and they always have surprises for us,” Todd said.