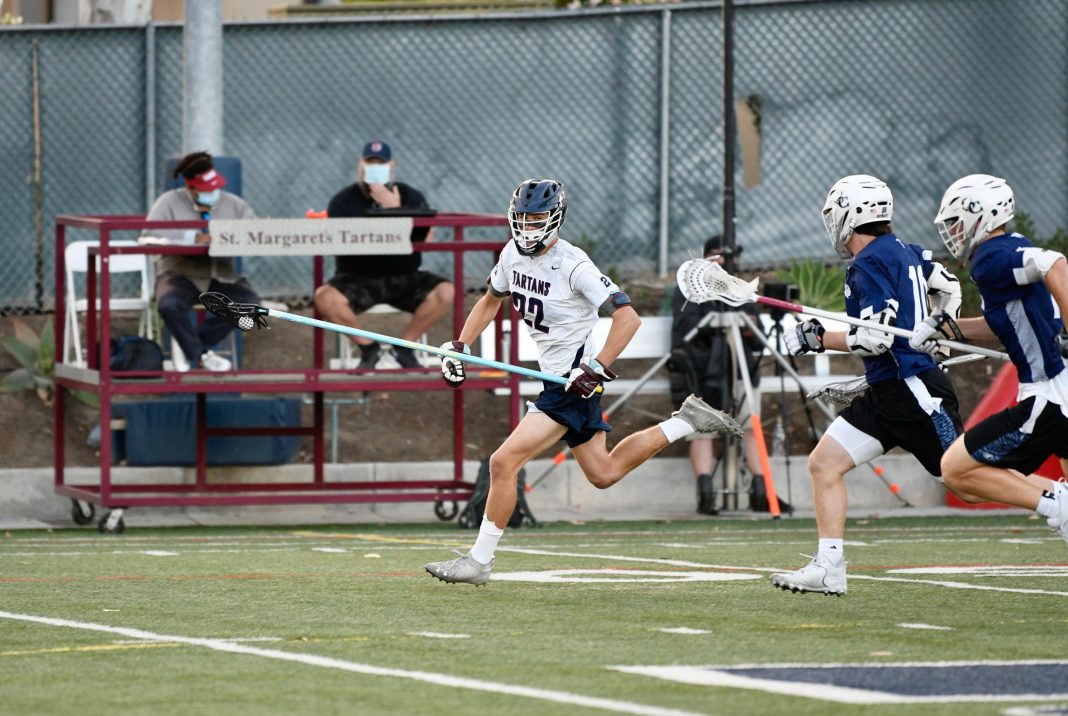 St. Margaret’s came out on fire at home vs Sierra Canyon in playoff action Friday.  Tough D, faceoff wins, some nice saves by the goalie and some very impressive offense were once again a recipe for success for the surging Tartans.   Sierra Canyon is a better team than the score showed.  There was zero quit in the players.  They had a two hour drive, and arrived late because of the traffic, which cut into their warmup time.  They still played hard with some very nice athletes and some very positive fans.  They had a very good year, just caught a talented team that’s playing well.  Credit Sierra Canyon for running a very good program and they had some nice wins this year for sure. 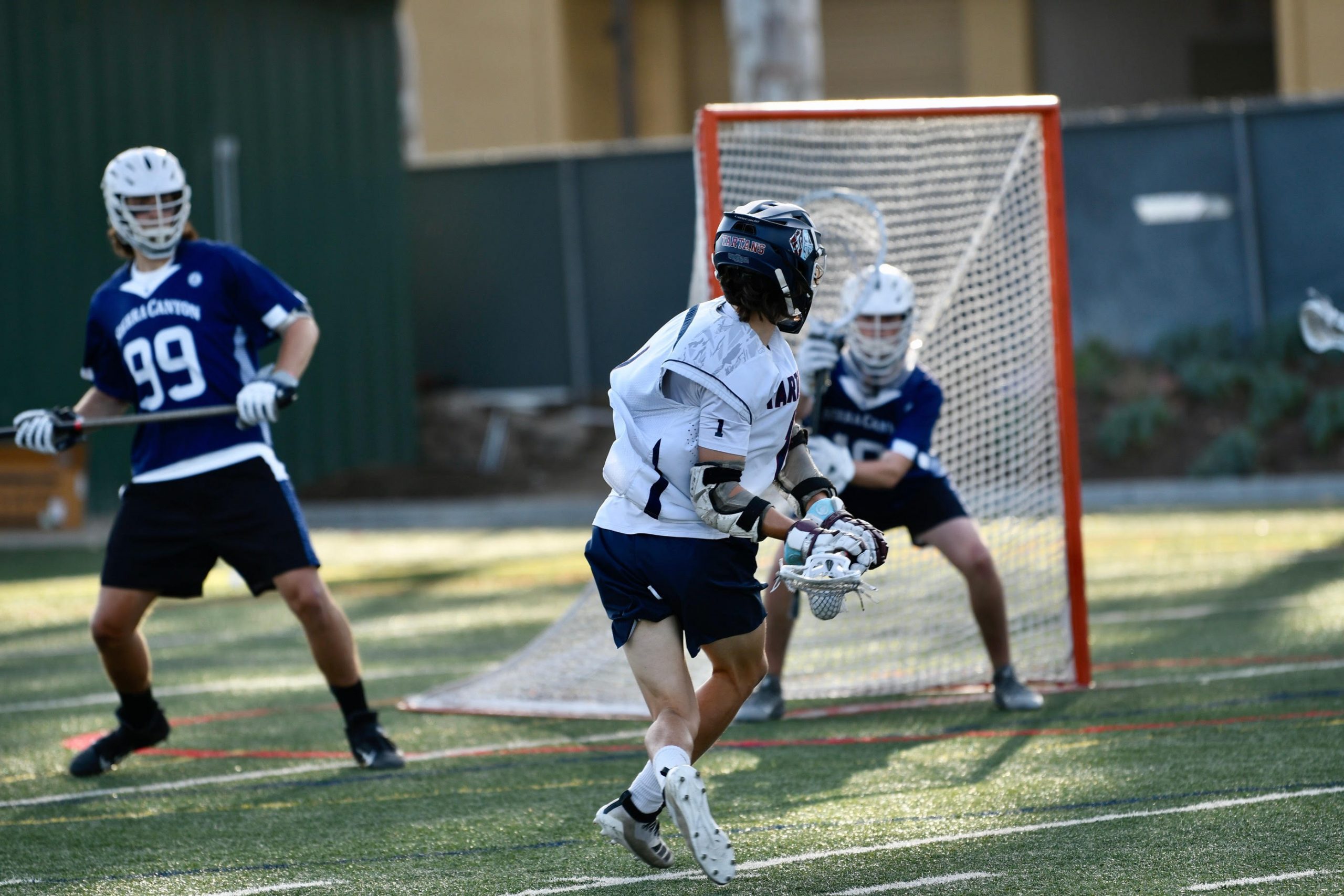 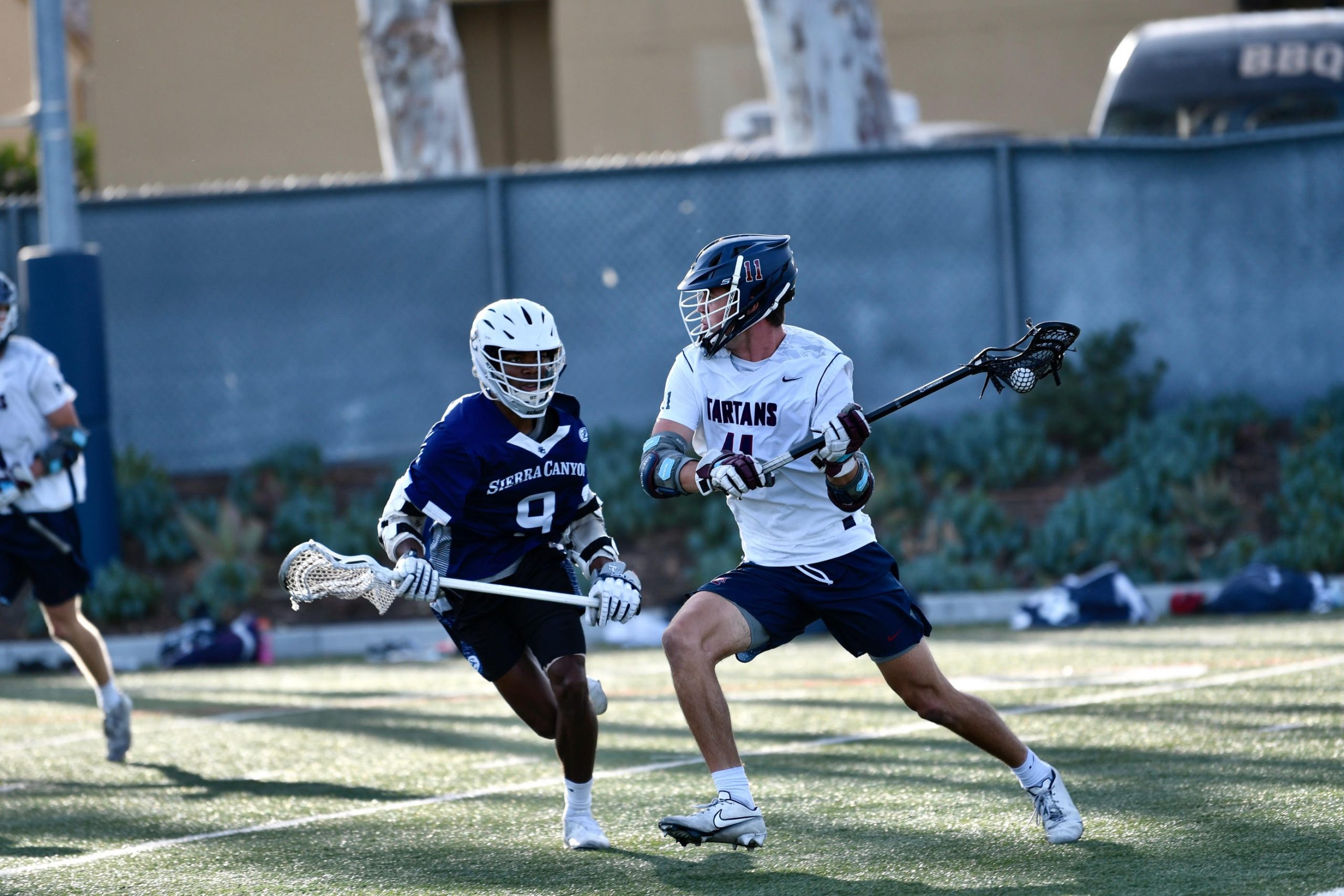 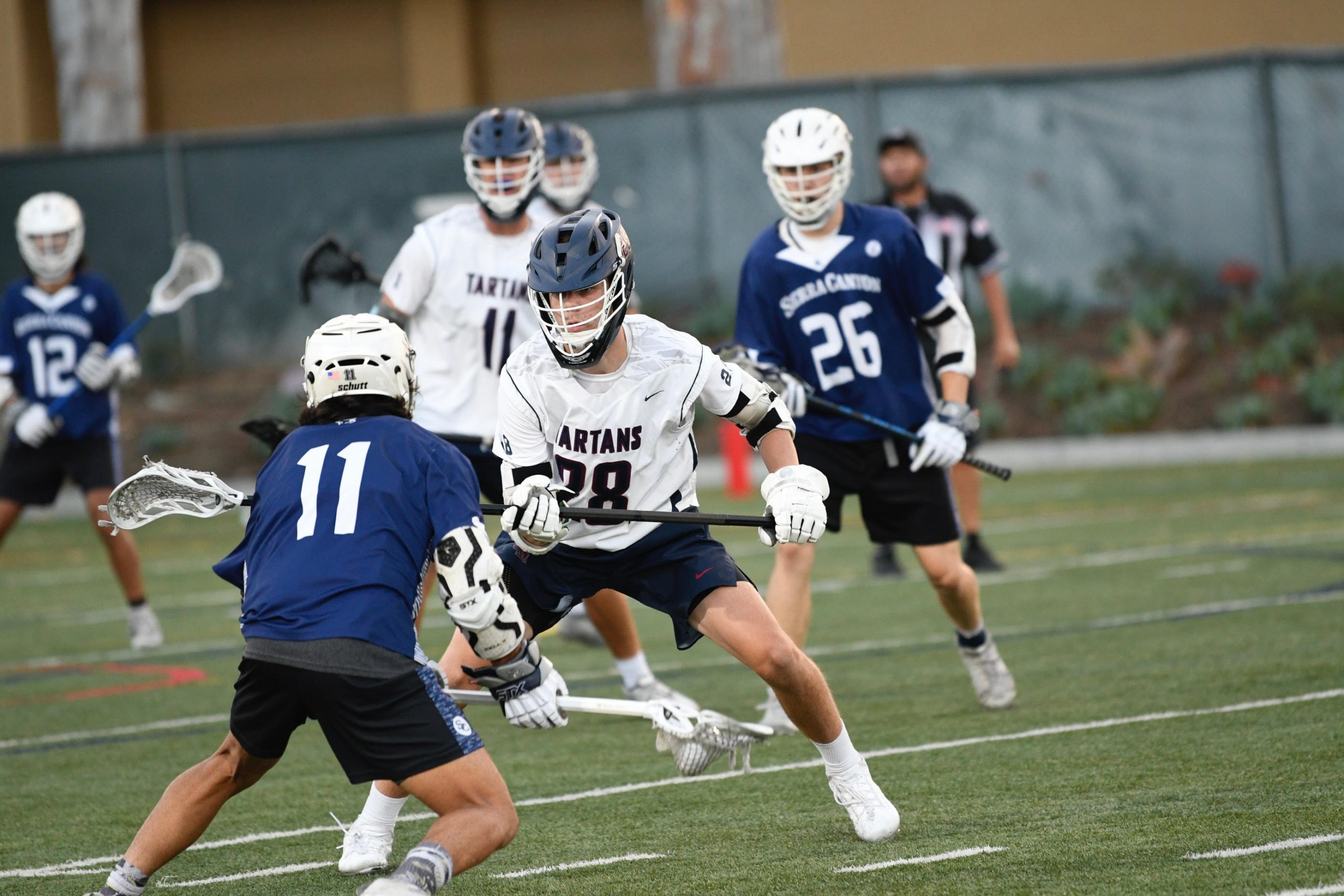 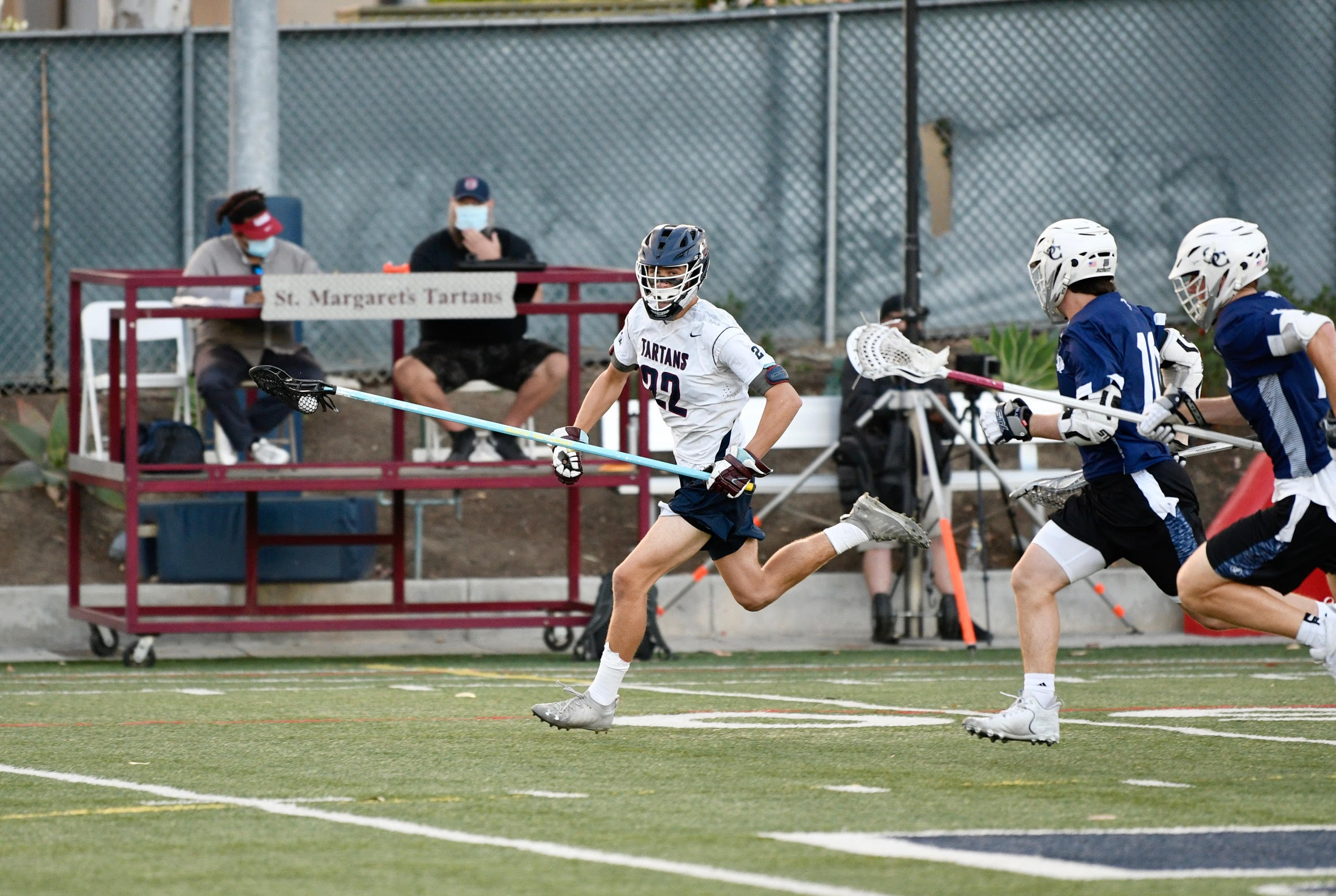 As for St. Margaret’s three players caught fire in the first half making it 11-1 at the break.  Will Stahl had 5 goals in the first half, while Makai Todd had 2 and Matt Groenger had 3 goal first half.  On the day Todd led all scorers with 7 points (4g, 3a) and had a couple nasty rides for turnovers.  As the game got faster his speed was too much for gassed Sierra defenders and his hustle plays stood out.   Stahl early on was impressive on the dodge and shot extremely well, particularly on roll backs to his left hand.   Groeninger took advantage when slides didn’t come and scored unassisted when Sierra adjusted and slid early he hit on a couple very nice assists.

Bobby Springer continues to improve as a FOGO and won an impressive 15 of 19 attempts making it make-it-take it lacrosse after a goal giving St. Margaret’s the ball right back.  Sebastian Chicas had 8 saves vs 4 goals for an impressive .660 save %.  On the defensive end there wasn’t all that much action but the unit only gave up 1 goal in the first half.

St. Margaret’s will advance to the quarter finals and take on CDM in a rivalry that has produced several OC and CIF championships over the year.