Tartans Get by Monarchs, Advance to Second Straight Final 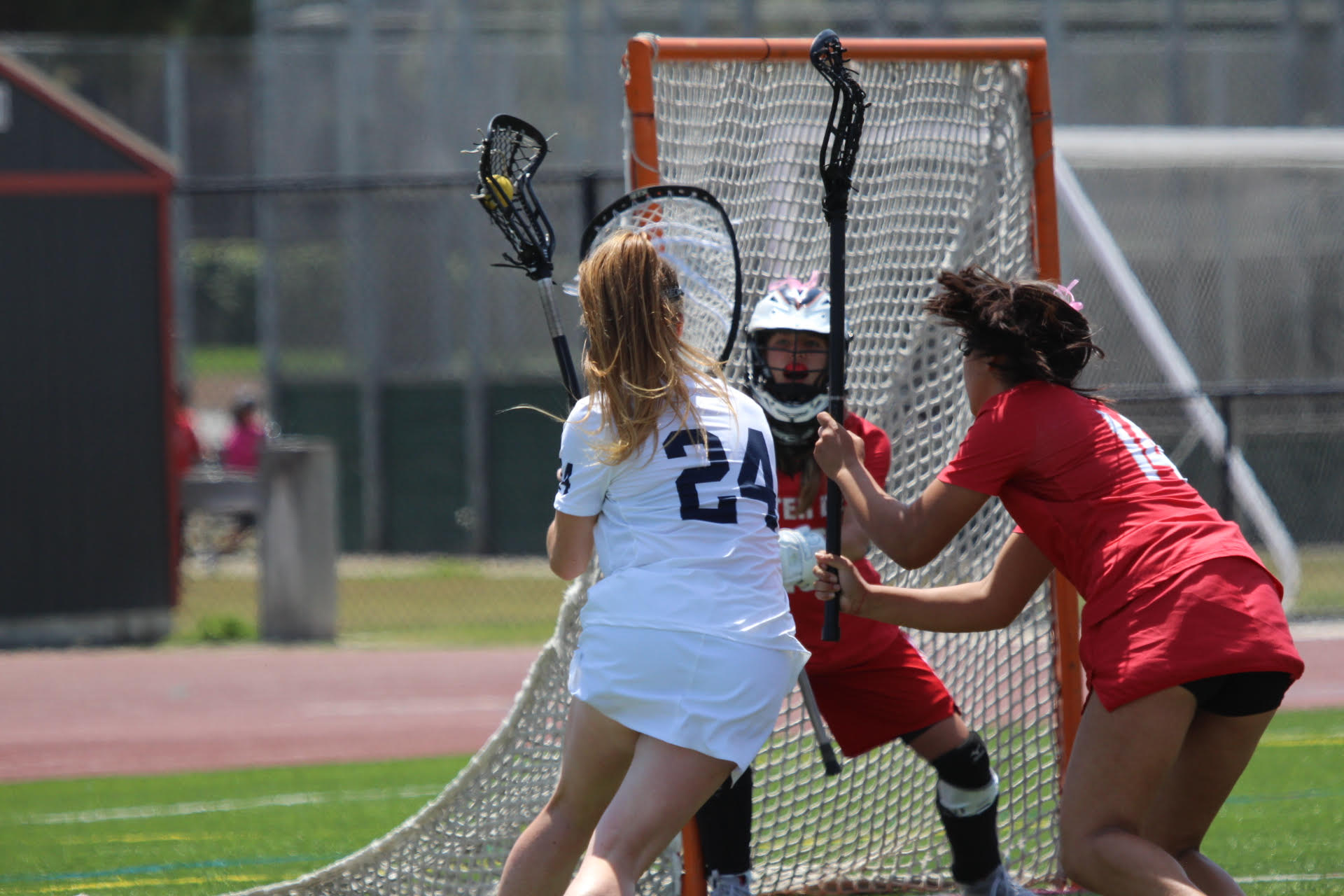 The St. Margaret’s girls lacrosse team avenged its early season loss to Mater Dei with a 12-9 on Saturday at Segerstrom High School in the county championship semifinals. The Tartans (14-3) advance to Wednesday’s final where they’ll play Foothill at Newport Harbor High School. The Knights beat Santa Margarita 19-4 in the other semifinal.

The game started out slowly and then picked up momentum as the two teams moved deeper into the first half. The teams were at 3-3 when Niki Miles rattled off two straight goals to give the Tartans a 5-3 lead, the largest either team had enjoyed up until that point.

Anxious to keep the Tartans from getting to far ahead. Mater Dei responded with three goals from Tess Keiser, Chloe Seybold and Peyton Smith, to take back the lead at 6-5 lead. This time it was the Tartans turn to take the momentum back from the Monarchs and goals from Grace Karstetter and Maddie Barkate, did exactly that.  The score at halftime, 7-6 in favor of the Tartans.

St. Margaret’s used a stall tactic in the early stages of the second half until Niki Miles scored her fourth goal of the game, giving the Tartans an 8-6 lead. After the Tartans added two more, Lauren Friedman scored off of an assist from Smith to cut the Tartans’ lead to 10-7 with 6:35 left in the second half.

“She [Niki] has a voice, she has a heart, she’s a very smart player and she’s come on strong toward the end of the season,” Tartans coach Holly Reilly said.

The Monarchs continued to chase the Tartans but each time they scored, the Tartans matched with one of their own until the clock expired with Tartans 12, Monarchs 9 on the scoreboard.

“I think we had a tough time controlling the midfield and getting the draws off the circle. When we had the ball on attack, we had a hard time capitalizing on that and converting with a goal, but I am so proud of how our defense played on how much they worked together and their cohesiveness,” Monarchs coach Chloe Silance said.

Karstetter and Audrey Larson each had one goal for the Tartans, who also got four saves from Olivia Young.

Keiser led Mater Dei (15-6) with three goals while Smith and Danese each had two goals. Friedman and Chloe Seybold both had one goal for the Monarchs, who got nine saves from Alison Jensen

“We fought to the end that’s for sure. We’re a very close team, it’s definitely going to be hard not playing with them next year, but I know they’ll go on and do great things and make us proud as seniors. Overall I think this season was a great success,” Danese said.