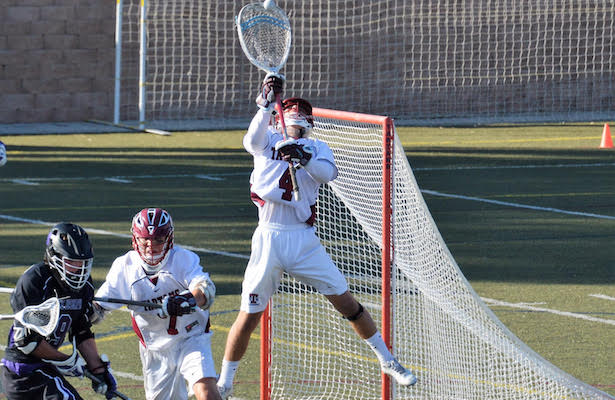 No. 3 St. Margaret’s completed their season and their four-game Tour de San Diego by defeating La Costa Canyon,  no. 2 in San Diego, 10-8.  The Tartans will enter the playoffs with a two-game win streak and a 9-7 record  while playing a schedule that LaxPower.com ranks as the second toughest schedule in California.

Ahead 5-4 at halftime and tied 6-6 after three quarters, the Tartans busted open for four goals in the fourth quarter.  Payton Fales (Colby) made his six of his 17 saves in the final 12 minutes to make the four goals stand up.  Samuel Harnisch (Denver) and Nick Shanks (Tufts) led the offense with four goals and three goals, respectively.  Each senior also had an assist. Shanks scored the game winning ninth goal and the insurance tenth goal. Erik Suh (St. John’s) and Kevin Groeninger each chipped in a goal and an assist.  Justin Welling (1g) and Conrad Hampsen (1a) rounded out the the St. Margaret’s scoring.

Next up: Selection Saturday and the playoffs.