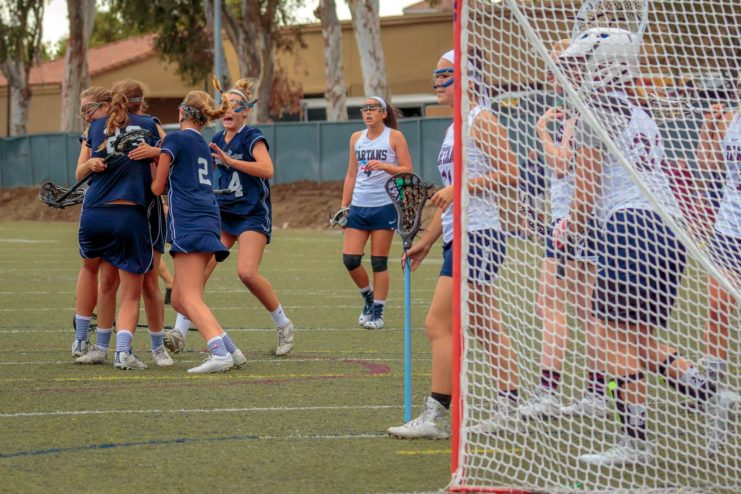 With the second week of the 2017 high school lacrosse season in the books, all of the Sunset League boys and girls lacrosse teams have played (and won) at least one game this season. Let’s recap all last week’s and preview the games for this week.

Last Week: The Chargers opened the season ranked 18th in the 2017 US Lacrosse?Coaches preseason poll.  They did not hurt their position with a strong 18-0 win over Murrieta Valley last Thursday at Edison High.

Last Week: The no. 11 Griffins sandwiched a win between losses to two top-10 teams last week. The Griffins fell to Thousand Oaks (ranked No.5 in the US Lacrosse/MaxLaxLA preseason coaches poll) on Tuesday and no. 1 Corona Del Mar  14-6 on Saturday. Los Al broke into the win column by defeating Mission Viejo 17-3 on the road.

Last Week: Marina went 2-1 this week, earning a 10-7 win at El Dorado on Monday and a 12-11 win against St.John Bosco at home on Saturday. The Vikings suffered their first loss of the year against Yorba Linda, losing 15-3 on Thursday at Huntington Beach High School.

Last Week: The no. 10  Sailors went 1-1 this week.  Newport Harbor earned its first win of the season by defeating Woodbridge by a score of 15-4 on Tuesday. The Sailors then lost to no. 8 Tesoro 13-8 on Saturday at Estancia High School.

Last Week: Los Alamitos opened the season with a commanding 15-5 road win over Esperanza last Thursday. The Griffins also participated in the Rose Bowl tournament, where they finished sixth. The wins and losses in the Rose Bowl Tournament are unofficial.

This Week: The Griffins have two challenging home games this week. The Griffins play no. 4 Corona Del Mar  Tuesday at 5:30 p.m and no. 6 Trabuco Hills Thursday at 5 p.m.