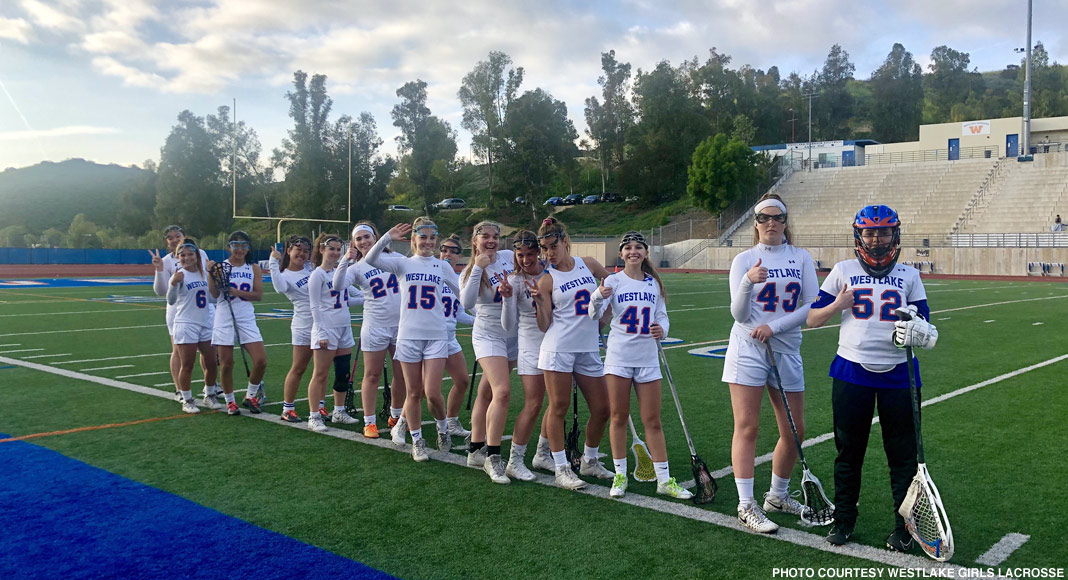 Trailing No. 11 Oak Park 10-8 at halftime, No. 3 Westlake moved senior captain Sarah Sullivan to the draw circle, sparking a turnaround and an 18-15 nonleague victory for the Warriors.

Westlake (10-1) had taken an early 3-0 lead, but Oak Park pushed back with an 8-2 run to lead 8-5 with 7:36 left in the half and 10-8 at the break by controlling the draw. The Warriors were without standout midfielders Claire Moats and Kailee Follette, and coach Lyndsey Munoz was looking for answers.

“The past few games without Claire have been difficult for us on the circle,” Munoz said. “With Kailee also being out, I knew it was going to be especially tough for the kids to adjust. One of the perks when things are going wrong is they can’t get worse. You either keep losing or you try to find new solutions. We found it in Sarah Sullivan at the draw, and having Claire on the sideline to help was a huge asset to the team.”

The resulting possession edge produced a 10-5 scoring advantage for the Warriors and their fifth consecutive win.

Oak Park (6-5) lost for the first time in four games. All five of the Eagles’ losses have come against teams currently ranked in the Top 7 of the MaxLaxLA coaches poll.