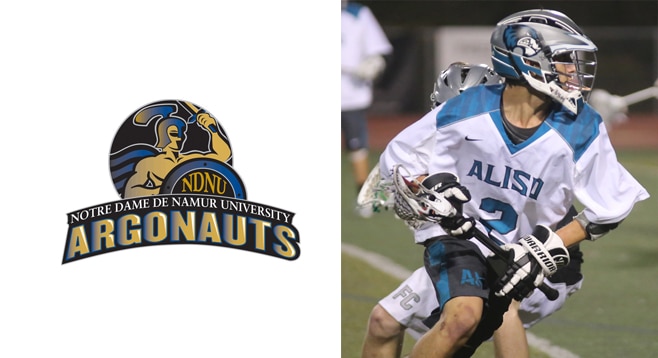 Steven Barron signed his National Letter of Intent with Notre Dame de Namur University, Belmont, CA on Wednesday, April 16, 2014.  Barron has been a starting middie for three years for the Wolverines. He has been playing lacrosse for five years with club teams such as Earthquakes, Saddleback Starz, Adrenaline box lacrosse and OC Ducks.

Barron is excited about playing in college and for the Argos. “I like the enthusiasm of the players and coaches and I look forward to being a part of the team,” said Barron. He plans to major in Bio-med and attend graduate school to become a Veterinarian.