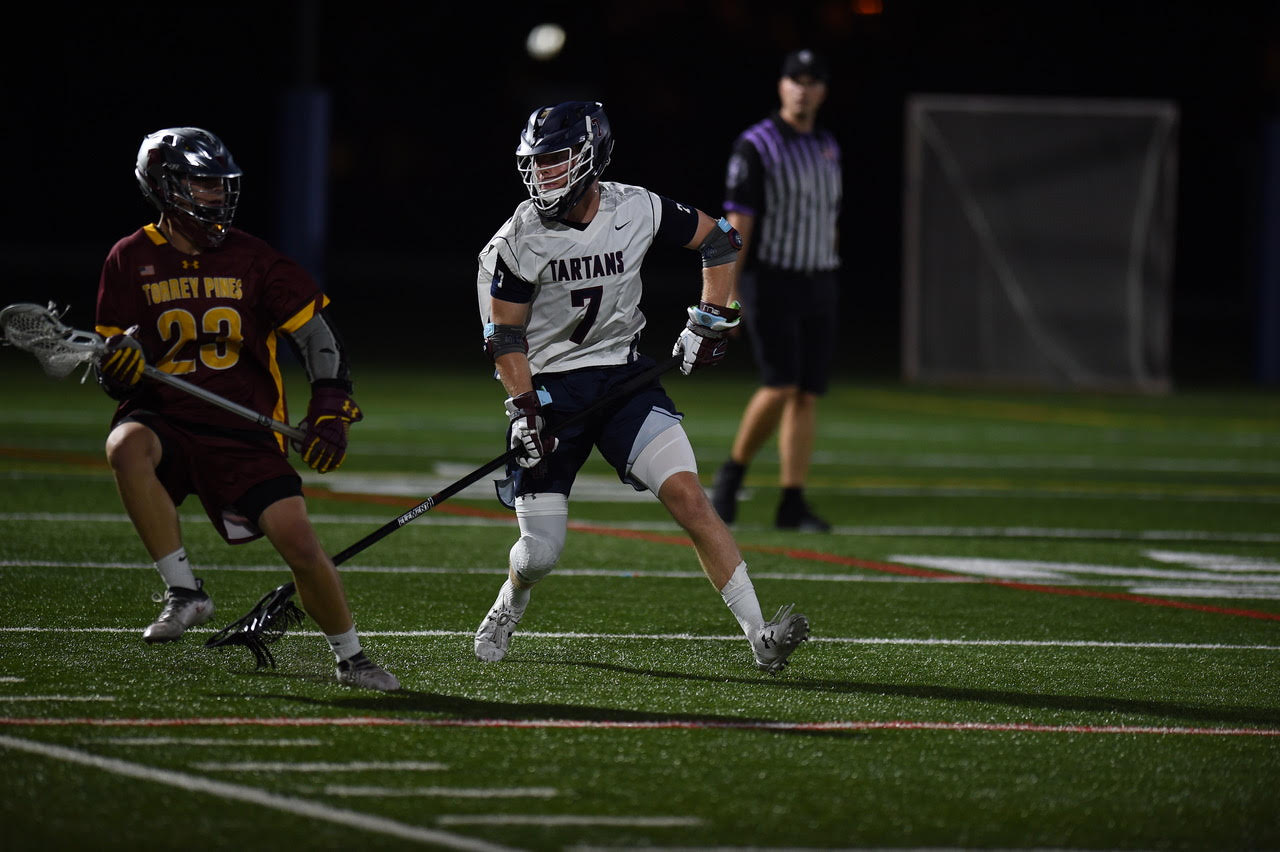 The one constant through it all has been the coaching. Glen Miles for the Tartans and G.W. Mix for the Sea Kings. So you get the picture. Two well coached teams that have been to the big show before. The Tartans and Sea Kings join Foothill as the only teams to have OC championship plaques on their trophy case.

St. Margaret’s biggest tests during the regular season came from outside the OC. Their schedule included St. Ignatius, Torrey Pines, Palos Verdes, Colorado power Arapahoe, and a scrimmage with nationally-ranked Deerfield. They have been tested. However, the Tartans needed late surges to get past both Beckman and Newport Harbor once May rolled around.

CdM comes in with a 15-3 record having lost to Foothill, Trabuco Hills, and Newport Harbor. They bested San Diego’s Poway, Sacramento area Jesuit, and swept Tamalpais and Novato of the Bay Area as far as out of county competition. They too have been tested and their performances in the first two rounds indicate they may be peaking at the right time.

St Margaret’s seniors Koa Todd (Utah) and Kevin Groeninger (Bryant) are looking to close there stellar high school careers with back-to-back championships. Class acts. Look for them to control the tempo out there. Groeninger who has made a habit of setting state records in these playoffs (career assists leader in Round 1 and career points leader in Round 2) has another milestone in his sights. He needs seven points to reach 400. He’s capable of doing that today.

Also look for senior Stephen Decker, freshman Cooper Barkate, and sophomore Nate Sanchez to be factors. They can get hot at any time.

On offense for CDM, Simon Hall has been very hot last few games. Kyle Mix stuck a big goal vs Yorba Linda to break that game open and Nick Ayala can compete. Injured off and on this season, Ayala could break out late in the year. Tommy Bethel is crafty, high lacrosse IQ, one to watch.

Defensively for St Margaret’s Duke Ballard will match up against Hall when possible, watch that match up. Jason Garrett should cover one of the top attackman and Shane Dzwilewski was super sharp vs Harbor, several CTOs and ground balls. The Soph is a very good 1-1 defender at 6’2, he’ll be a key Saturday. In goal senior Zane Handy has been battle tested and then some. He could be sitting on a big game.

For CDM, it’s been Evan Stein, Nick Meisenhemer and George Bustick leading the defense. Look for Stein or Meisenheimer to take Groeninger. Either can play LSM, good shot one bumps up to play Todd. Plenty of defensive talent in front of Kyle Cord ( Westminster) the talented senior goalie. He should be ready in this big game situation. Like Handy he can be a game changer.

At FOGO, Stu Pollard has been outstanding all season long. He was excellent in last years play offs and I’d expect him to come to play tomorrow! For CDM it’s talented freshman Lucas Newton. He’s had some big games this year, was excellent against Mater Dei in the first round of playoffs.

I expect this to be a classic. This is a must for OC lax fans!

Devin Arkison was a 3X All-American at Hobart. He offers defensive training and recruiting consultation through LockdownD.com