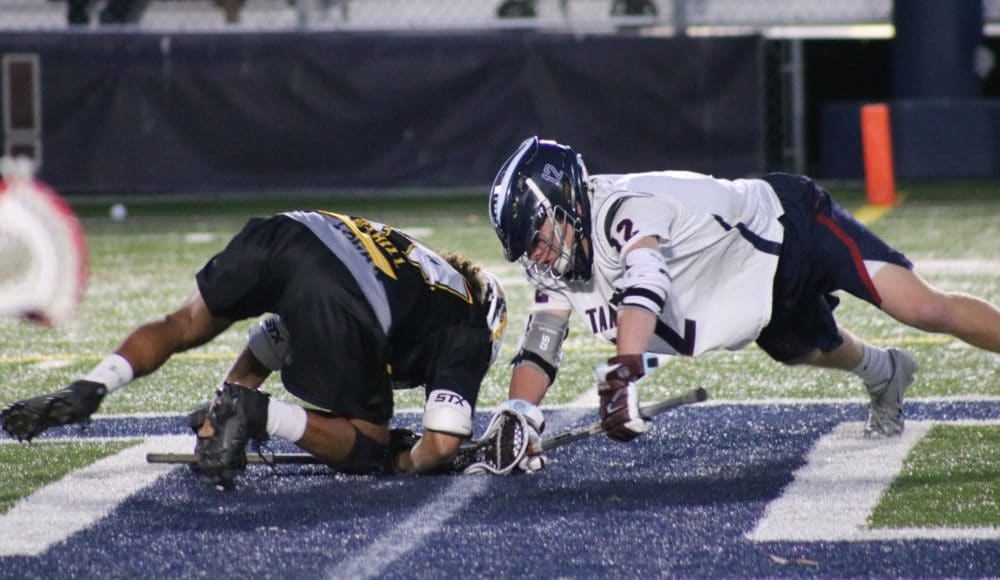 St. Margaret’s Tartans Senior Face-Off Specialist Stuart Pollard was admitted Early Decision to Holy Cross in Worcester, MA and will compete for the top faceoff spot in the Fall of 2019 for the Crusaders.

Pollard was selected and served as the faceoff specialist for the Blue Chip National Team this past summer, after being named one of the top 27 players at the Blue Chip West Coast Showcase in San Diego in the Fall of 2017 by Coach Ted Spencer. Pollard was dominant on the field playing in several tournaments including King of the Hill in Maryland and the Big 4 in Philadelphia where he won 80% of his draws. He also shined in the Blue Chip 225 National Recruiting Showcase at UMass in July where he was named an All-Star.

Pollard has earned invitations to the National Face-Off Academy Showcase held in New Jersey the past three years where he competed and earned a spot in the Top 8 last December out of 60 Regional Qualifiers.

Pollard would like to thank his coaches Glen Miles, Mark Warren, Ted Spencer, and Brendan Fowler of the Faceoff Academy.