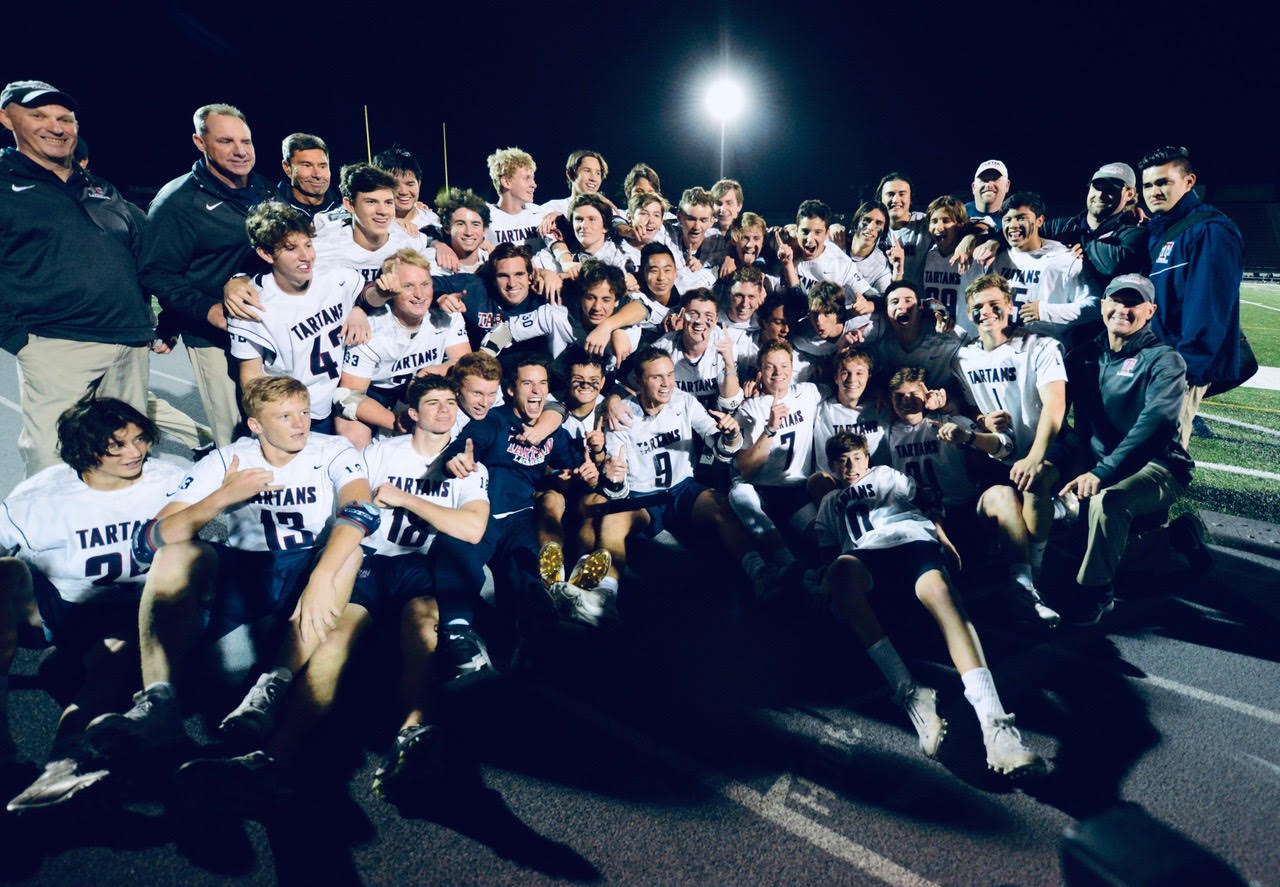 There will be no shortage of Tartan red, white, and blue at Mira Costa High School on Saturday.  Just a few a hours after their Tartan lax sisters were crowned Orange County Champions for the second year in a row, the St. Margaret’s boys lacrosse team pulled off the same feat by defeating Foothill 17-10.

Not only was the outcome the same, so was the script.  Both Tartan squads used a huge possession advantage to wear down determined Foothill teams and break open close games with fourth quarter surges.

The Tartan boys have Player of the Game Stu Pollard to thank for their possession advantage. Pollard won 29 of 31 (93.5%) faceoffs to keep Foothill on defense for most of the game and allow scorers like Cooper Barkate (4g, 3a),  Nate Sanchez (4g, Koa Todd (4g) to do their thing. Kevin Groeninger (2g, 3a) became the first-400 point scorer in California lacrosse history.

The Tartans (15-3) will play Loyola in the Southern Section championship match on Saturday at Mira Costa High School at 1 p.m. The Cubs beat top-seeded Palos Verdes 12-6 in the Los Angeles county final.

Barkate opened the second half scoring to give St. Margaret’s a 7-6 lead off of a pass from Groeninger. The assist was significant, as it was Groeninger’s 400th point of his high school career.

Foothill continued to battle and was tied at 9-9 late in the third quarter when the possession disadvantage started to take it’s toll. Todd’s EMO goal at 2:22 of Q3 started a St. Margaret’s run that broke the game open.   John Culley (2g), Groeninger, and Sanchez all scored over the next seven minutes to make it 13-9 midway through Q4.

Ahern gave the Foothill fans brief hope for a comeback when he scored at the 5:21 mark. But the Tartans had an answer, as they scored 21 seconds after and added another goal to give them a 15-10 lead to put the game out of reach.

St.Margaret’s will look to dethrone three-time reigning Southern Section champion Loyola on Saturday when the two play each other for the second time this season. The Tartans won the previous meeting 12-4 and Loyola won last year’s Southern Section final 12-11 in overtime.