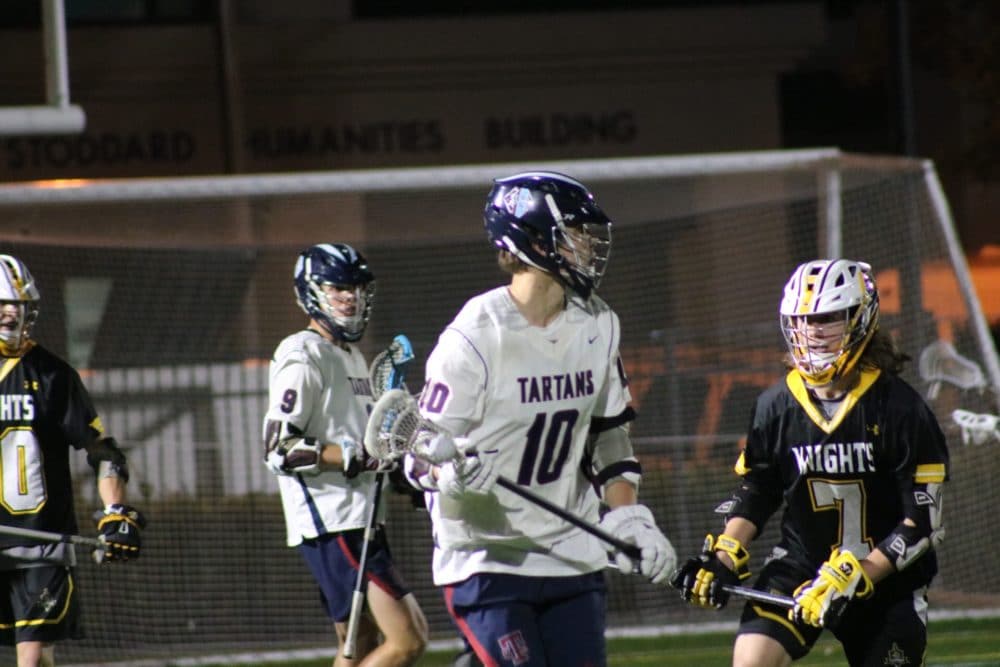 SAN JUAN CAPISTRANO- Seven unanswered goals to begin the second half was more than enough for No. 1 St. Margarets’ 13-9 to defeat No. 2 Foothill on Tuesday. Outside of the game featuring the top two teams in Orange County with heavy playoff implications, this one was a matter of revenge for the Tartans, who lost to the Knights 9-1 when the two powerhouse teams matched up last season.

Considering the overall strength of both teams’ offensive rosters this season, the game was surprisingly dominated by the defenses in the first half, with the Tartans holding a  slight 6-4 advantage at the intermission.

Although the first half held to the expected script of a close game, St. Margaret’s had other plans to begin the second half.

“I give all the credit to senior leadership in the locker room at halftime,” said Tartans head coach Glen Miles. “Seniors just took it upon themselves to not let [Foothill] back in the game.”

St. Margarets’ offense stepped on the gas in the third quarter and scored seven unanswered goals to go up 13-4 in the first six minutes or so. Foothill responded with a 5-0 run of their own but could not dig out of that hole and dropped the game 13-9.

“It’s just good hard play,” said Knights head coach Jon Fox. “[St. Margarets] got some balls out, they got some breaks. It just went their way [in the third quarter].”

Pollard was critical in getting the ball back to the Tartan offense at the dot winning 18 of 23 faceoffs and received a lot of praise from Miles after the game.

Fox was proud of his team and their willingness to keep fighting until the final buzzer sounded.

“The guys have a lot of pride and they love playing lacrosse,” Fox said. “They’re playing hard for each other and they’re going for it and [St. Margarets] had that big run against us, but it doesn’t phase us. We’re just going to keep coming, so I guess we just needed one more quarter.”

St. Margaret’s (13-1) will face yet another tough test Friday night when they travel to San Diego to take on Torrey Pines (8-1). Foothill (14-2) will look to get back in the win column Friday when they host La Costa Canyon (10-1).