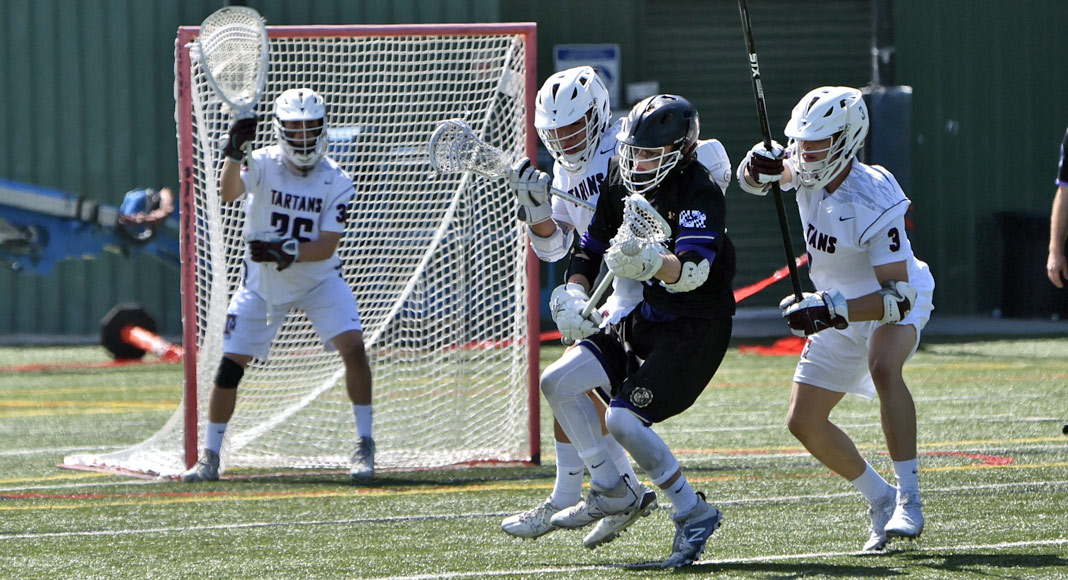 In 2006, Johnny Rodriguez and his Mount St. Joseph (Maryland) teammates made a spring-break trip to the West Coast that was organized with the help of Mount St. Joseph alum and current St. Margaret’s assistant Mark Warren. Saturday, the Gaels completed their seventh West Coast trip in the last 12 years, going 1-2 this year with the win coming over Rodriguez’s Mater Dei squad on Thursday.

Every even year since 2006 the Gaels have made the trip west in hopes of providing players from both coasts with new experiences and helping the sport of lacrosse grow across the nation. The twist with this particular tradition, though is that the Mount St. Joseph players stay with host families from St. Margaret’s rather than lodging together in a hotel.

Warren helped establish this tradition because he wanted to forge better connections between the nation’s lacrosse communities. Back in 2006, Rodriguez was on the roster for the Gaels’ first go-around on the West Coast, and he spoke to Warren about helping him land a coaching job in California once he graduated from Salisbury University.

Lo and behold, Rodriguez fulfilled his goal and became head coach at Mater Dei in 2016. His Monarchs now have played Mount St. Joseph’s twice in his brief tenure.

Historically, the Gaels are very successful on this trip, going a combined 14-4 through six previous visits. However, after beating Mater Dei 12-6 on Thursday, the Gaels lost in overtime to Servite on Friday night, then fell 11-8 to St. Margaret’s on Saturday.

In years past, East Coast teams have held the edge over West Coast teams, but Rodriguez said the talent gap between the two regions is getting smaller and smaller. Games are much tighter now than they were when he was playing. In 2006, Mount St. Joseph beat Foothill 20-5, St. Margaret’s 15–7 and Rancho Bernardo 17–6.

In Saturday’s match-up with St. Margaret’s, the Gaels battled tough despite playing their third game in three days and coming off a brutal overtime loss to Servite the night before. Mount St. Joesph did well to prevent the Tartans from running away with the lead but ultimately did not have enough gas in the tank.

While the game was competitive — the Gaels were down 6-3 at halftime but within 9-7 late in the game — and ended in good spirits, players from both teams said it felt strange competing against one another after having developed such close relationships over the last week. 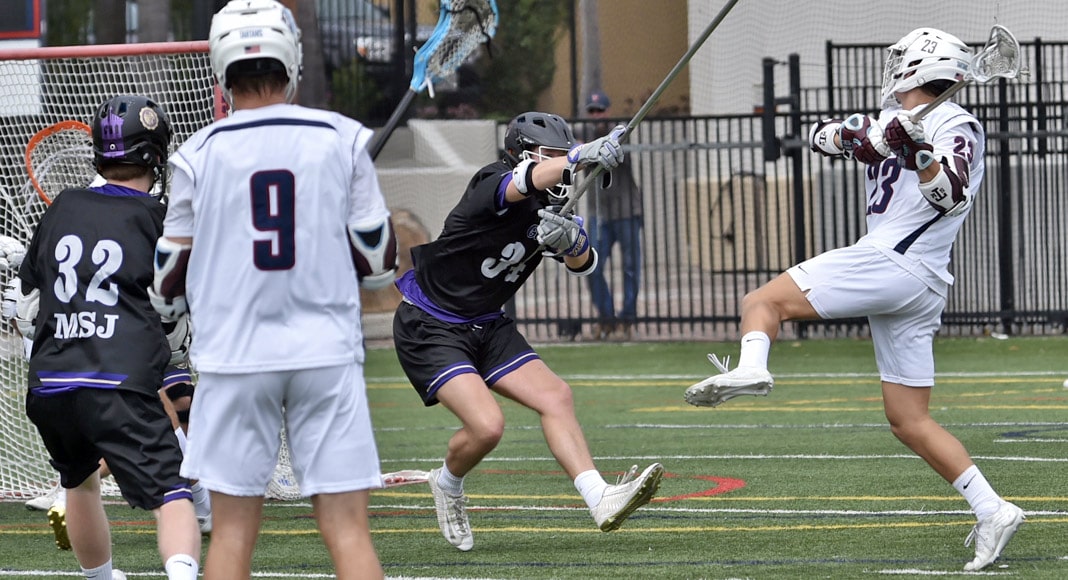 “It’s kind of hard at first to flip the switch from being friends and then going to battling each other on the field,” Mount St. Joseph attackman Brennan Banks said, “but we put together a really strong fourth quarter, and so did they, but I guess they just came out on top.”

All in all, both Warren and Rodriguez believe it’s important to carry on this tradition so the game can continue to grow while providing the players with a multitude of support systems in all corners of the country.

“It’s not just about coming to play lacrosse, but it’s about creating these lifelong relationships where kids may be going to college together,” Warren said. “We want to let them know that there are people here that will support them and help them in their journey in life, whether it’s playing lacrosse or not, and that’s how we continue to build the community.”