St.Margaret’s is Too Much for Foothill 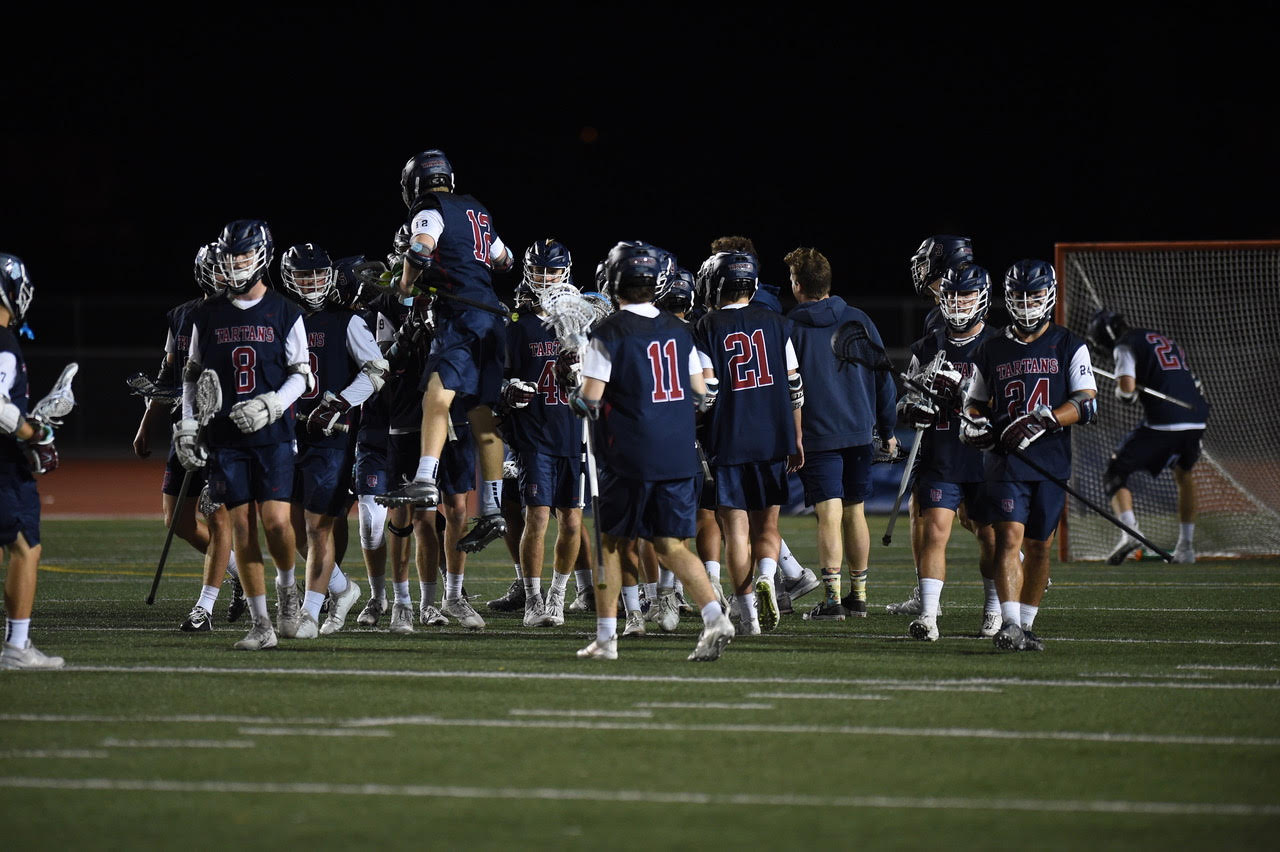 In a rematch of last year’s county championship, No.1 St.Margaret’s took down No.5 Foothill 12-6 on Thursday at Tustin High School. Paced by four goals from Koa Todd (pictured right), the Tartans solidified their position as the top team in the County and continued an in-County winning streak that dates back to 2017.

Like virtually everyone else who has faced the Tartans this season, Foothill could not find an answer for Stuart Pollard’s domination at the dot (21/21) or Zane Handy when they did get possession.  Handy came up with 14 saves in the game for the Tartans.

“I think the guys did a good job of ball movement for the most part. We are really really proud of Stuart because he just continues to work so hard at his craft and he cares greatly about it,” Tartans coach Glen Miles said.

The Tartans, who never trailed this game, led 2-1 after the first quarter courtesy of a late goal from Barkate. After the first 58 seconds of the second quarter, Foothill took a time out, as the Tartans had scored three straight goals.

The Tartans led the Knights 8-2 at halftime and built their biggest lead at 10-2. To the credit of the Knights, goalie Joey Garcia made sure the game didn’t get out of hand by making some big saves.

With St.Margaret’s leading 12-4 after three quarters, Foothill’s defense clamped down and kept the Tartans off the scoreboard in the final frame. But the Knights could only muster up two goals, as turnovers from errant passes hurt the Knights’ chances on making a comeback.

“We played hard. The faceoff game is a struggle for us. We didn’t have enough time of possession, but overall well-played game,” Knights coach Jon Fox said.

“It’s all positive. We’re looking forward to finishing out the season, playing hard teams and preparing for playoffs,” Fox said.

While the Tartans have made the case as the best team in Orange County, Miles said that his team can improve, starting with cutting back on turnovers.

“I felt like we turned the ball over way too much tonight. Very sloppy,” Miles said.

Both teams return to action on Tuesday. The Tartans (10-2) play Chaminade at home at 7 p.m. while the Knights (8-6) play Granite Bay of Sacramento at home at 4 p.m.