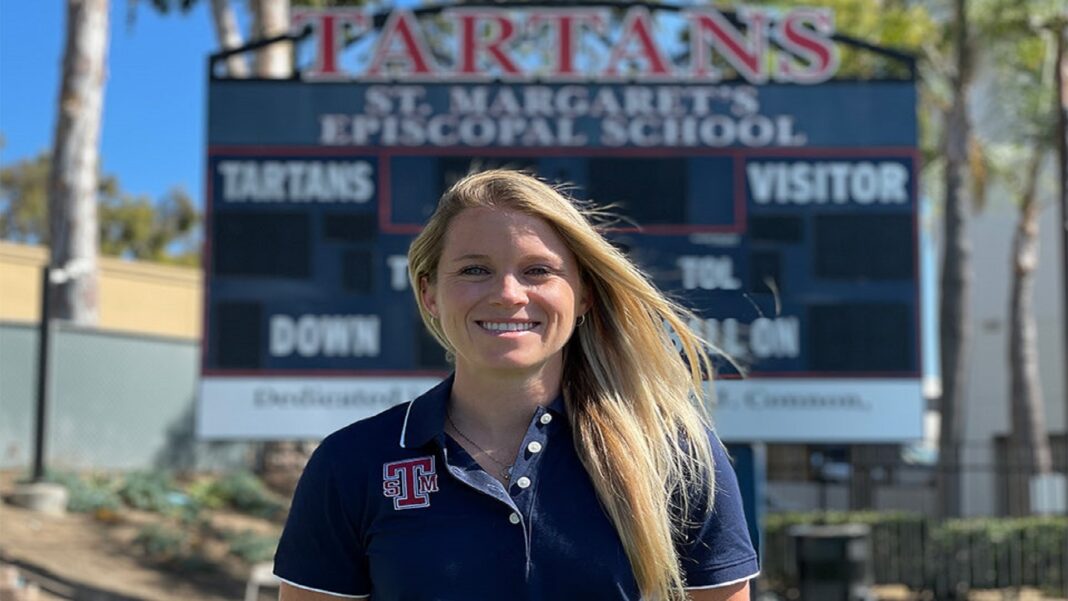 “My goal is to really just ask straight questions to get an understanding of what are they trying to achieve. Everyone’s going to have different goals, but I think what’s going to help the team be most successful is understanding why they’re there,” Armes said.

Armes played lacrosse at St. Mary’s College for four years, where she garnered Mountain Pacific Sports Federation All-Conference honors in 2014 and All-Academic honors from 2013-15. According to Armes, she transitioned from a midfielder, her position in high school, to a defender.

“On defense, in college, I think that’s where I grew the most and I grew more appreciation for every position on the field. Playing against USC, Oregon, San Diego State, we were a small D1 school and not winning many games, but when I switched into a defensive role, I really had to switch my thought process and I became more of a selfless player at that point and more of a scrappy player,” Armes said.

Armes played four years of high school varsity lacrosse at Mission Viejo and added one year of varsity soccer as well. She finished her high school lacrosse career with 266 goals and led the team in goals from 2009-2011.

“When I played in high school, each high school had one or two stud lacrosse players and it was always a battle when we would go to play any local high school. It really came down to focusing what it was going to take for us as a team to execute and pull off a win,” Armes said.

Armes takes over for Mollie Stevens, who coached the team for two years and one full season, where the team went 8-10 in that span. Last spring, St. Margaret’s, which played as an independent team, missed the playoffs due to not having a record of .500 or better, which would’ve allowed them to apply as an at-large team.

“I think it comes to the understanding of how to properly compete in CIF. We have to reach a certain threshold to make the playoffs. It’s not like they didn’t have the talent on the team, but I think that if I can build them a proper schedule that would be challenging and also put them in a good position to make the playoffs,” Armes said.

As a lacrosse player for Mission Viejo, Armes used to face St. Margaret’s and when she stepped on its field, she would get that feeling of commitment and confidence. Now Armes will be stepping onto the St. Margaret’s field as the new girls lacrosse coach, ready for what the 2022 season has to offer.

“I’m just super excited to be apart of that commitment and confidence. The full circle of me playing in Orange County, playing against them [St. Margaret’s], coming back and being a part of it again feels really special,” Armes said.