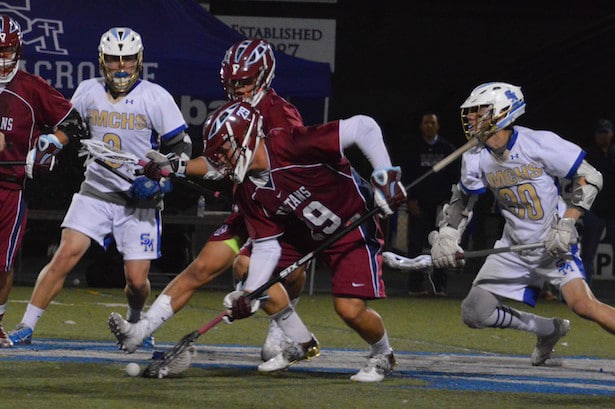 St. Margaret’s handed Santa Margarita Catholic High School a convincing 16-5 defeat on Tuesday night.  The Eagles were left defenseless as the Tartans’ sharpshooters found the back of the net on seven of the eight shots they took in the first quarter.  Nick Shanks (Tufts), Nick Kuljis, Samuel Harnisch, (Denver), Conrad Hampson (twice) and Kevin Groeninger (twice) all riddled the Santa Margarita defense for first quarter goals to give the Tartans a 7-1 lead after 12 minutes of play. The Tartans finished the game with a 76% shooting efficiency.

St. Margaret’s continued to dominate in the second quarter, extended their lead to 12-3 by halftime, and cruised to the 16-5 win from there.  Santa Margarita continued to fight to the final whistle, winning every second half faceoff, but the Eagles could not put a dent into the St. Margaret’s lead. The Tartans goalies were every bit as efficient as their shooters. Payton Fales (Colby) made 18 saves and freshman, Nico Vorzimer added one more as the two goalies combined for a 79% save percentage.