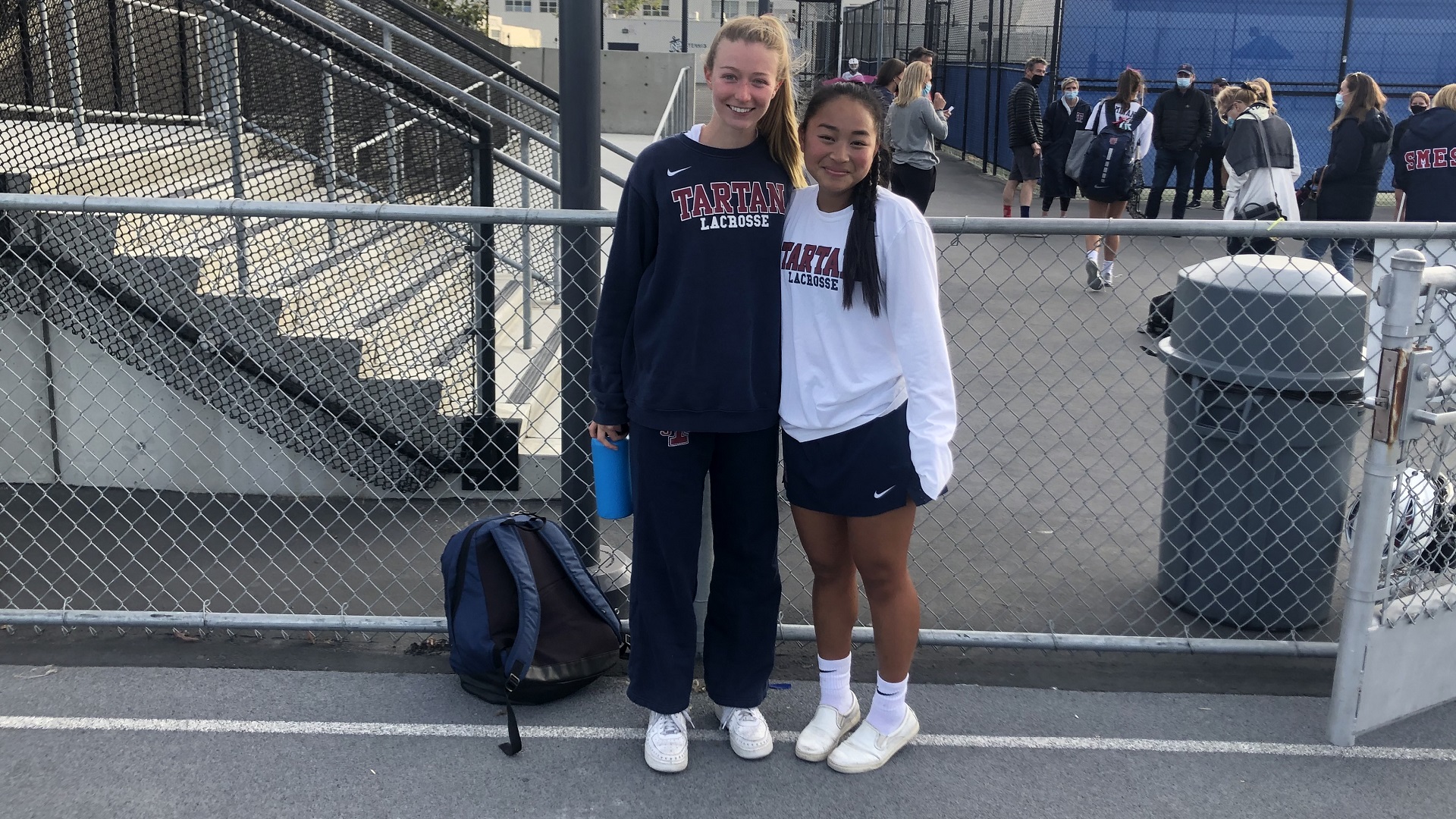 Olivia Young (pictured left) had three crucial saves with the game on the line and Lauren Lam (pictured right) scored four goals, including the first three of the second half to lead the Tartans. Elise Peffer, Minka Martinez and Grace Karstetter each scored two goals and Caroline Gunderson added one goal for St. Margaret’s.

“We stayed composed and that’s something as a young team we struggled with a few games before this, so they’re already showing improvements and I think composure was the biggest thing for this,” Tartans coach Mollie Stevens said.

Joelle Rothbard led the Sailors with five goals while Olivia Gritzmacher chipped in two goals. Sophia LeClaire added one goals for Newport Harbor, which got nine saves from Lucy Valdes.

After the Tartans scored the first goal in the first 13 seconds, the Sailors scored three straight goals to take the lead at 3-1. Lam scored at the 14:57 mark, cutting the Newport Harbor lead down to 3-2 and forcing the opposition to call time out.

The time out helped calm the Sailors down, as they held St. Margaret’s without a goal for over 12 minutes. During that span, the Sailors scored four straight goals to increase their lead up to 7-2.

“I think in the first half, we played a really good clean game and we had very little turnovers in the first half. Defensively, I thought we held really strong. We shut off some of their best players,” Sailors coach Brooke Martini said.

Martinez scored at the 2:11 mark to make the score 7-3 and eventually, the Tartans had a chance with three seconds to make the score 7-4 with a free position shot. But the shot hit off the right of the crossbar and Newport Harbor went into halftime up 7-3.

The first three goals of the second half belonged to St. Margaret’s, as Lam went on a tear with three consecutive goals scored at the 23:13, 20:52 and 19:01 mark to cut the Sailors’ lead down to 7-6. Newport Harbor struggled to possess the ball, as the Tartans were strong on the draw controls, put tons of defensive pressure on the home team and made sure to slow down Rothbard and Gritzmacher to the best of their ability.

“They were great offensive players for this team and a lot of their offense ran through them,” Stevens said about Rothbard and Gritzmacher. “We had our first time out in the first half and said, ‘look, their offense is running through them, they’re great players, they’re beating seven of you, we got to figure it out.'”

Gunderson tied the game at 7-7 at the 15:30 mark. Rothbard responded with a goal five minutes and 26 seconds later to put the Sailors back on top 8-7. But that goal turned out to be the last one of the night for the Sailors.

The final 10 minutes of the game were controlled by St. Margaret’s. During that span, one of Newport Harbor’s players got a yellow card, and the Tartans were able to strike with a goal from Peffer, tying the game at 8-8. St. Margaret’s took the lead for good when Martinez scored at the 4:16 mark and Karstetter scored the dagger goals with under a minute to go, giving her team the hard fought win.

“I think in the second half, we had silly mistakes where we weren’t moving our feet, we were dropping easy passes. I know six of their goals came straight from the way we handled the ball on offense,” Martini said.

Young played big in the second half with three crucial saves to frustrate the Sailors.