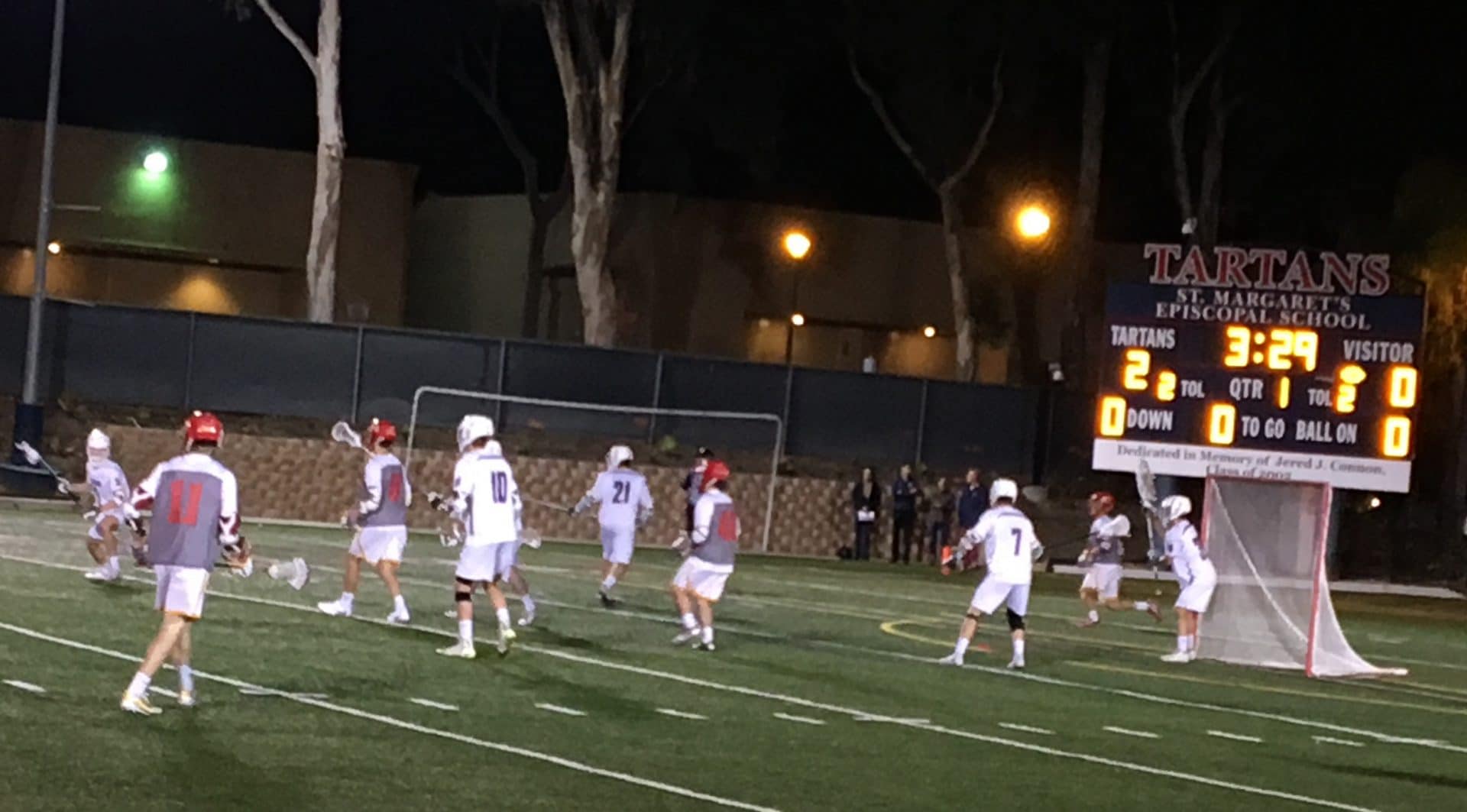 Both sides went into the match-up coming off dominant performances in their season openers. St. Margaret’s throttled Great Oak 18-8 while Cathedral Catholic brushed aside Scripps Ranch 16-7.

The last time the Tartans and Dons met was in a game late last April. Coincidentally, that contest bared a striking resemblance to Thursday’s meeting with St. Margaret’s winning the first half and Cathedral Catholic playing catch-up in the second.

Right off the bat, the Tartans sought to establish dominance, opening up a 3-0 lead in the first quarter. The Dons struggled to retain possession for lengthy periods, and their turnovers gave way to St. Margaret’s explosive transition offense. The Tartans found most of their success along the flanks and feeding it inside to the open man for the conversion. By halftime, Trevor Peay had completed a hat trick and St. Margaret’s seemed to hold all the aces as they led Cathedral Catholic by an 8-1 margin.

Coming out of the break, however, the tides quickly changed in favor of Cathedral Catholic. In the blink of an eye, the Dons scored three unanswered goals to cut their deficit in half.

Fortunately for St. Margaret’s, junior attackman Kevin Groeninger put an end to the run after tickling the twine for the second time that night with 5:05 left in the third. Groeninger was able to find cracks in the Cathedral Catholic defense throughout the night with his array of quick turns and predatory finishes. He finished the game with three goals and three assists.

As the third quarter ended, the Dons had worked their way back into the game, trailing only 9-5 with 12 minutes to play. Smelling blood Cathedral Catholic went on the attack and drew to within 9-7. Once again, Groeninger, gave the Tartans some breathing room, this time off a feed from Peay.

Cathedral Catholic continued to fight in a scintillating second-half effort, but with Stuart Pollard continuing to give the Tartans possession (17/23 on faceoffs for the night) and Zane Handy clogging the space between the pipes (12 saves), the Dons could not complete the comeback. The two teams swapped one more goal each before the clock expired to reach the 11-8 victory.

For Cathedral Catholic, attackman Josh Tauss led the charge offensively, logging in a hat-trick and two assists. Peyton Rezanka and Logan Schmitt were also catalysts in sparking the Dons’ comeback by netting two goals each.