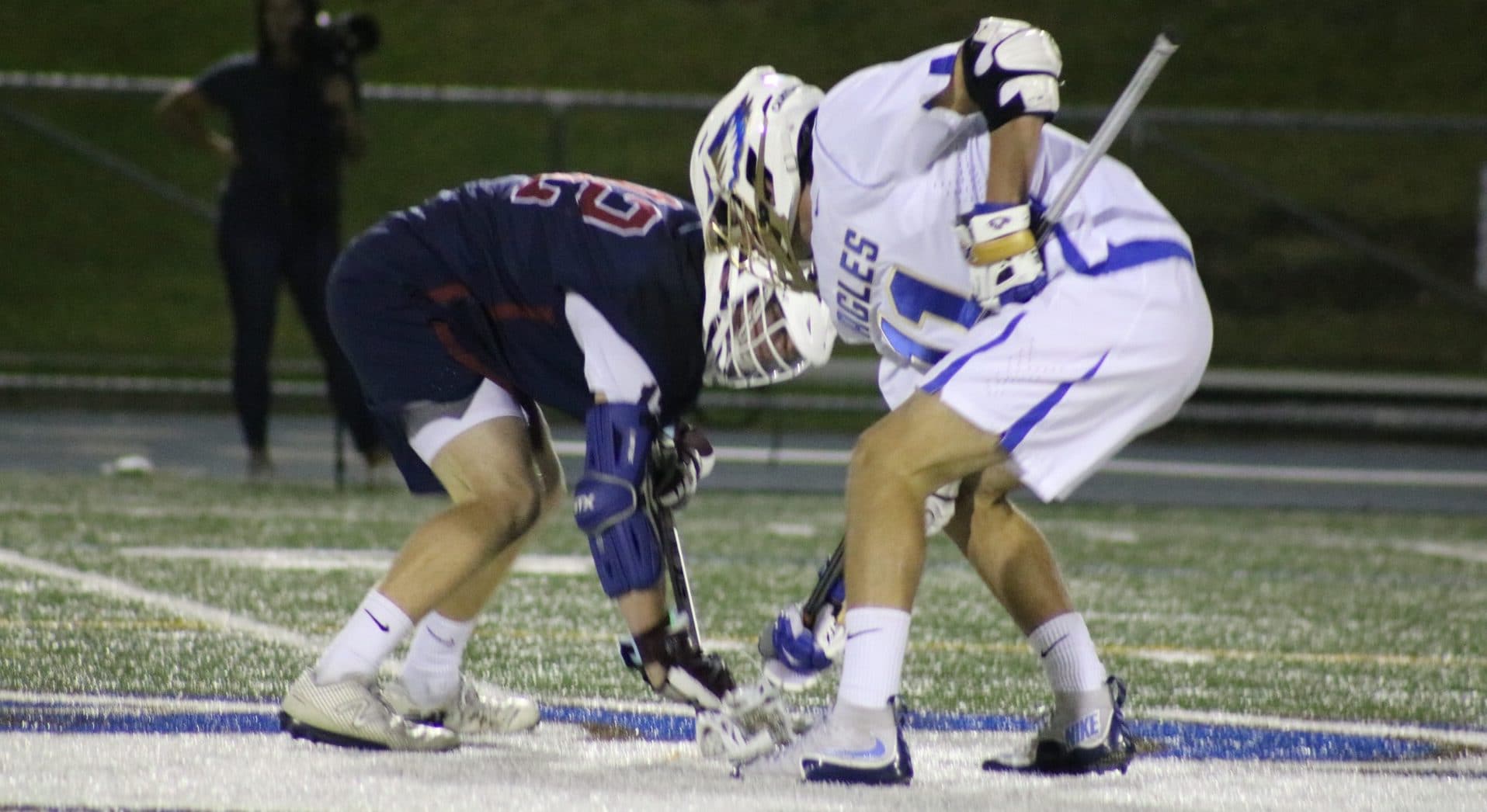 SANTA MARGARITA- One week after earning their first-ever win over Corona del Mar, the Santa Margarita boys’ lacrosse team was unable to pull off a similar feat against another nemesis. No. 2 St. Margarets extended their win streak over No. 5 Santa Margarita to a 10th season with a convincing 12-3 win on Wednesday. Dating back to 2009, the Eagles have never defeated the Tartans.

“St. Margarets played really well,” said Santa Margarita head coach Adam Guy. “They exposed us with great ball movement and great team offense. They are the team we thought they were and we allowed them to dictate the tempo early.”

The Tartans started out of the gate hot with four goals in the first frame. However, the Eagles defense stepped up in the second allowing only one St. Margarets goal and went into halftime down 5-2, still very much in the game at that point.

A powerful second half by the Tartans was the ultimate difference in the game, outscoring the Eagles 4-1 in the third and 3-0 in the fourth quarter. St. Margarets head coach Glen Miles was real proud of his teams effort after the game, especially on the defensive side of the field.

The Tartans had a balanced offensive attack with contributions from Conrad Hampson (3G, 1A), Garrett Kuntz (2G, 2A), Andy Shin (3G), Kevin Groeninger (2G), Michael Chewy (2A), Trevor Peay (1G), and Gordon Larson (1G). Defensively, the team caused six turnovers and quieted the Eagles usually potent offense with only one goal allowed in the second half.

It was a relatively quiet night offensively for the Eagles who received points from Ryan Ross (1G, 1A), Tyler Wrightson (1G), and Nicholas Parrino (1G). The offense as a whole only had 13 shots and the team defensively only caused 3 turnovers.

The Eagles have now lost three of their last four games, and Guy wants to his team’s offense pick it up.

“When you can’t produce offense, they’re gonna score goals,” Guy said. “These kids have got to show that they care and play for each other.”