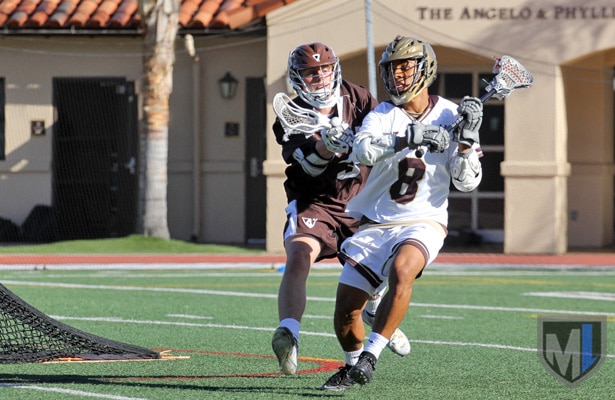 A three-year starter and two-time co-captain for the Golden Knights, Swayne learned the game in the Pasadena youth league and has played club ball with Tribe, the LA Cobras and Silverfin.

Swayne also considered College of Wooster and Rhodes for lacrosse and was accepted at Holy Cross, Wake Forest and John Carroll University. Ultimately, his choice came down to Wooster or DePauw, his father said via email.

“Evan was seriously considering The College of Wooster until he was accepted into DePauw’s management program,” David Swayne said. “He knew the the Wooster lacrosse program was more established, but he could contribute right away at DePauw.”

At DePauw, Swayne will join fellow Mission League product Matthew Dauw (Chaminade ’13), who is a starting attack for the Tigers. When Swayne visited the campus, Dauw was his host.