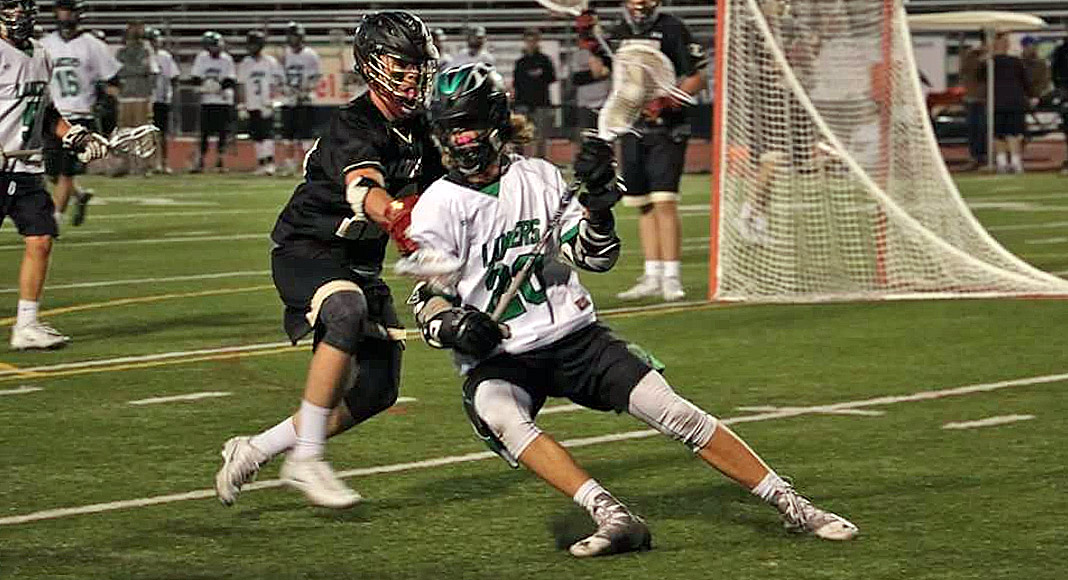 Thousand Oaks senior Spencer Whinery, an All-Marmonte League selection last year who missed much of this season to injury, announced recently he will continue his education and lacrosse career at NCAA Division II Westminster College in Salt Lake City.

Whinery broke his finger in the first quarter of the season’s first game against San Clemente — a game T.O. lost 10-8 — and needed surgery to insert pins. He missed the Lancers’ next 10 games, returning after spring break when T.O. was 1-10.

In his first game back, Thousand Oaks routed host Newbury Park 15-8 — only the second time all season the Lancers scored in double digits. With him in the lineup, T.O. has reached double figures in four of six games and nearly did it in a 9-8 upset of Oak Park.

Next year, he’ll be playing alongside former teammate Will Dutton, currently a freshman on the Griffins’ roster.

“I knew Westminster was the right choice for me the first moment I stepped onto campus,” Whinery said via email. “I traveled a lot for tournaments and got to visit a wide variety of schools in different types of environments, but when I made my visit to Westminster College, I just got the feeling of ‘This is where I want to be for the next four years.’

“I fell in love with every single aspect of the college, from the types of climate they get in the area, to the extraordinary personalities of the players and coaches, and the feeling of being comfortable in the first couple moments I was on campus.”

Spencer Whinery listed a handful of other schools — D-IIIs Illinois Wesleyan and Ohio Wesleyan and D-Is Jacksonville, Wagner and Canisius — that had recruited him, but his visit to Westminster sealed it.

“If it weren’t for Westminster,” he said, “my interest would be all in for Ohio Wesleyan.”

Of course, no high school athlete reaches this point without some help, and Whinery had a few people to thank.

“I would like to give a special thank you to my coaches and family, who helped me nonstop through the recruiting process,” he wrote, “including my high school coach Mike Delabar, my club coach Kevin Donovan, my mother Celina, my step-dad James, and my brother Dillon.”

Spencer Whinery and the Lancers play at Harvard Westlake on Tuesday in the first round of the US Lacrosse LA Postseason Tournament, and he’s hoping to extend his season with a win and make up for those 10 games missed to the injury.