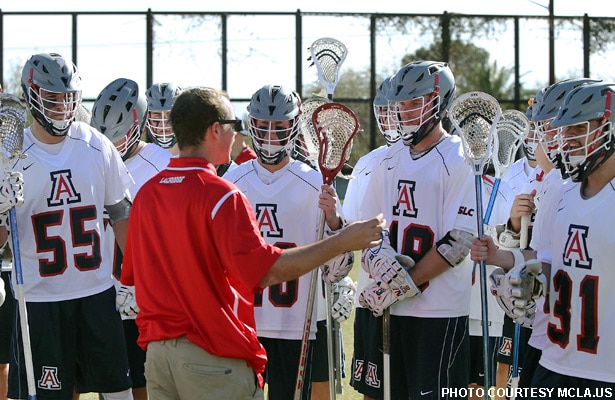 TUCSON, Ariz. — The University of Arizona men’s lacrosse program has named Spencer Fuqua, a graduate of Los Alamitos HS, as its new head coach starting with the 2017 campaign.

Fuqua is no stranger to the LaxCats, having served as the defensive coordinator for the past two seasons at Arizona. With the help of multiple All-American and all-conference players, Fuqua helped the LaxCats defense to become regarded as one of the best in the nation. Fuqua helped take UA to its first MCLA tournament in 10 years.

At Los Alamitos, Fuqua he helped the Griffins win the Sunset League in 2009 and 2010. During his senior season, in which Fuqua was a captain, Los Alamitos reached the Orange County semifinals of the US Lacrosse Southern Section tournament. Fuqua was named second-team all-Orange County.

Fuqua played his collegiate lacrosse at Aurora University (Ill.) where he was the captain in both his junior and senior seasons. Along with being a member of the all-conference team all four years, he received the Defensive Player of the Year Award in both his sophomore and junior seasons. Fuqua also earned Team MVP. A member of the first class to field a team at Aurora, he later helped the program earn back-to-back NCAA tournament appearances in his last two years for the Spartans.

Fuqua’s coaching experience stems from his work at New Wave Lacrosse, where he has been helping coach youth teams since 2012. In the summer of 2013, Fuqua worked his way up to head coach within the program, furthering his coaching experience. Fuqua graduated from Aurora University in 2014.