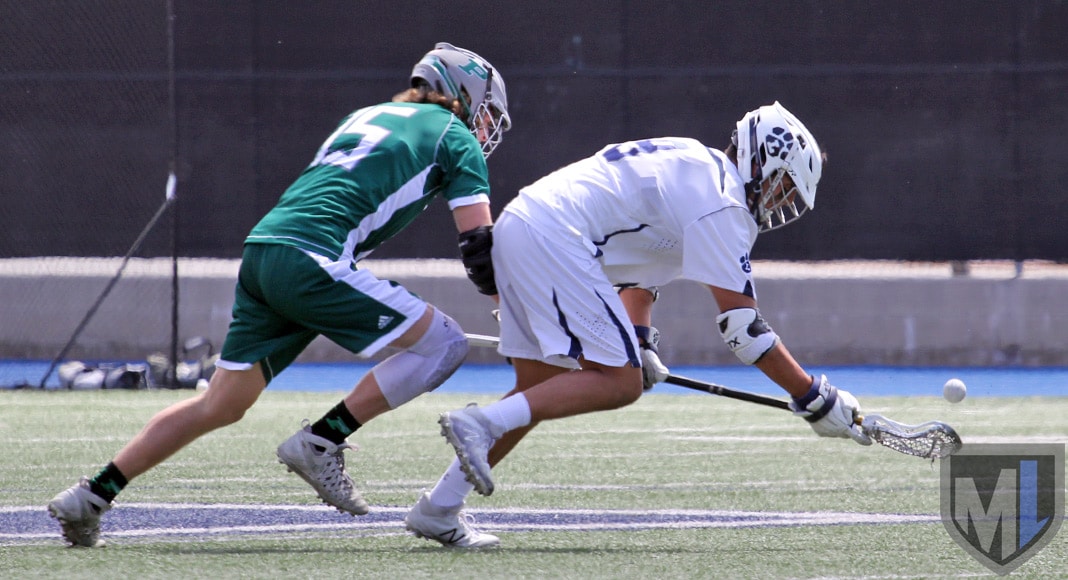 A dominant face-off performance from Aidan Hesse, stellar goaltending from Will Parducci and another outstanding defensive second half carried No. 1 Loyola past visiting Poway 11-9 on Saturday.

The Cubs (11-3) won their third game this week and sixth in a row overall. In beating Coronado (San Diego) on Tuesday and St. Ignatius (Ohio) on Wednesday and Poway, Loyola allowed only eight second-half goals combined.

“Overall I think the defense has been playing well for us,” Loyola coach Seth Cohen said. “Honestly, I feel like I blame a lot of the goals we gave up on our offense and just sloppy play. Turnovers, turnovers, turnovers.”

The Cubs offense gained possession on 20 of 23 face-offs, with Hesse winning all but a few of those. Twice in the first quarter he won the face-off to himself and took it the distance to score. That helped Loyola to a 4-3 lead after one and an 8-6 edge at halftime.

With Hesse gaining possessions and Parducci (10 saves) and the defense keeping Poway off the scoreboard, the Cubs could tolerate a few turnovers and ill-advised shots.

“Part of the way we play is taking advantage of some of those [early offense opportunities],” Cohen said. “We like to say we have great special teams. We have great face-off guys. We have great D-middies. We have poles who can shoot, so we don’t mind going early. Every once in a while you don’t get the possession you want, but today, we just didn’t settle it down when we needed to, and we kept letting these guys hang around, and they’re a really good team.”

Poway, which trailed by two at halftime and by three entering the fourth quarter, was always within striking distance.

“We didn’t have the ball much,” Poway coach Zack Burke said. “When we had the ball, we felt pretty good, and we could get good shots off. Their goalie made some really good saves.”

Ultimately, the possession edge was too much for the Titans to overcome.

“Their face-off guy killed us,” Burke said. “We’re giving 13 extra possessions to the No. 1 team in Los Angeles, and we’re losing by two. So it’s not like I can go back and yell at my team for their effort. We’ve got something there. We just can’t let up. We have to be perfect on defense. We cannot let in easy goals.”

Titans goalie Kellan Cutting (Bellarmine) did his part to keep the game close, recording 18 saves in the contest. Six of those saves came in the fourth quarter, when Poway held Loyola to one goal and made things interesting with two goals in the last five minutes.

Hesse, Kaiser Fry, Speed Fry and Wes Priestly each scored two goals for the Cubs, and Matt Garvey and Henry Hasenberg each had a goal and an assist. Alex Horowitz and Liam Miller each had an assist.

Kienan Morrissey led the Titans with four goals, and Harrison Greaves scored two. Eli Butler and Jack Estepp each had a goal and two assists, and Marquez White scored one goal.