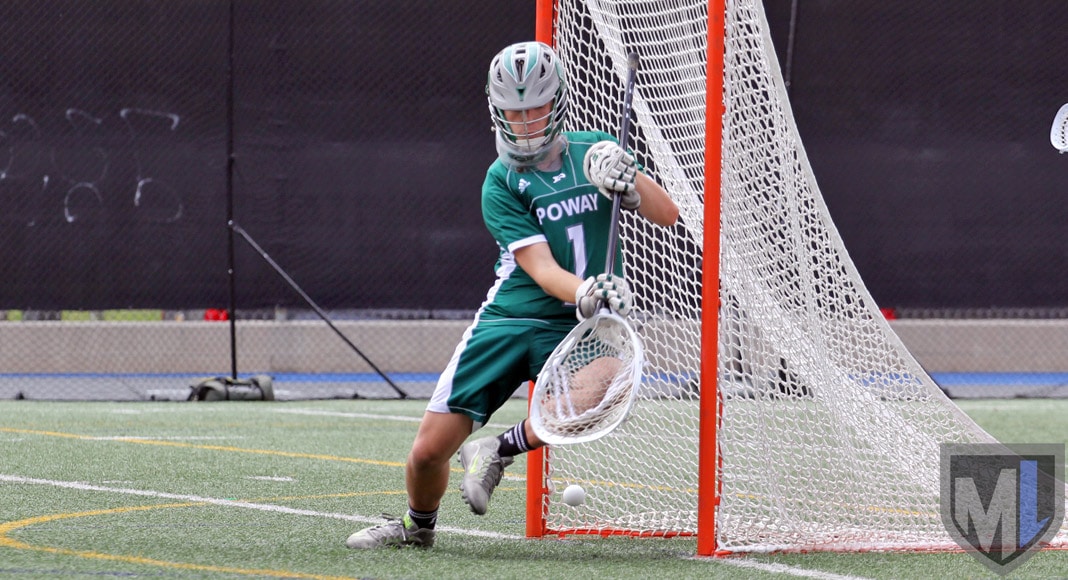 Kellan Cutting made 18 saves Saturday, but Poway struggled to gain possession against a dominant face-off performance by Loyola’s Aidan Hesse in an 11-9 loss to the No. 1 team in the LA coaches poll.

“Their face-off guy killed us,” Poway coach Zack Burke said. “We’re giving 13 extra possessions to the No. 1 team in Los Angeles, and we’re losing by two. So it’s not like I can go back and yell at my team for their effort. We’ve got something there. We just can’t let up. We have to be perfect on defense. We cannot let in easy goals.”

The Titans (5-5) were coming off back-to-back wins over Corner Canyon and Del Norte, but couldn’t overcome the lack of possession time.

“We didn’t have the ball much,” Burke said. “When we had the ball, we felt pretty good, and we could get good shots off. Their goalie made some really good saves.”

Loyola’s Will Parducci was credited with 10 saves in the game, but it was Hesse and Cubs winning 20 of 23 face-offs that kept the ball out of the hands of the Titans’ offense.

Nevertheless, Poway, which trailed by two at halftime and by three entering the fourth quarter, was always within striking distance.

Goals from Eli Butler and Kienan Morrissey in the final four minutes pulled the Titans within two, but Loyola managed to close it out.

Morrissey led the Titans with four goals, and Harrison Greaves scored two. Butler and Jack Estepp each had a goal and two assists, and Marquez White scored one goal.

Loyola (11-3) won its third game this week and sixth in a row overall. In beating Coronado (San Diego) on Tuesday and St. Ignatius (Ohio) on Wednesday and Poway, Loyola allowed only eight second-half goals combined.

“Overall I think the defense has been playing well for us,” Loyola coach Seth Cohen said. “Honestly, I feel like I blame a lot of the goals we gave up on our offense and just sloppy play. Turnovers, turnovers, turnovers.”

Hesse, Kaiser Fry, Speed Fry and Wes Priestly each scored two goals for the Cubs, and Matt Garvey and Henry Hasenberg each had a goal and an assist. Alex Horowitz and Liam Miller each had an assist.