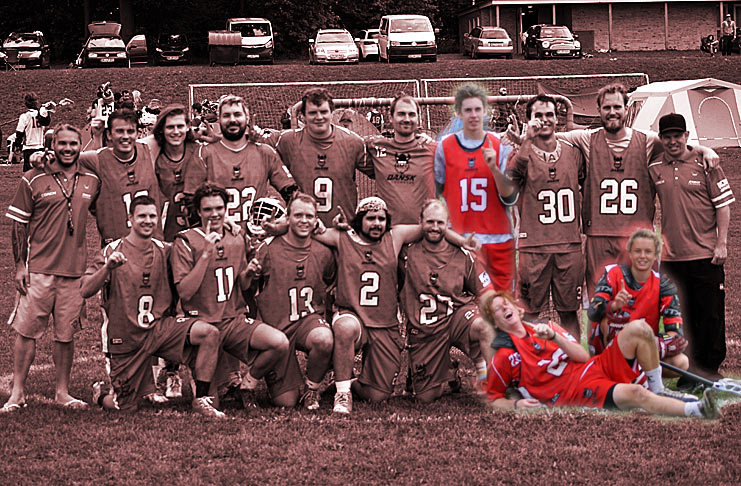 The fledgling Denmark Lacrosse national program was absent from the international stage for six years before rebooting itself in 2015. Denmark Lacrosse managed only one win at the 2016 European Championships.

But the addition of three Southern Californians and several players from Oregon led the Danes to a 6-0 record and the championship at the Kieler Lax Meeting, a long-running tournament in Germany. The event is a tune-up on the road to the 2018 FIL World Championships in Israel net July, where the field is expected to expand to as many as 48 teams. Denver 2014 had 38 entries.

Your #fightingpastries are the 2017 Kiel Lacrosse Tournament champions!!! 👊🇩🇰 pic.twitter.com/yAZoERmSTv

“We didn’t really have an attack at the Euros,” coach Nick Ravenhall said. “A couple of converted middies and a lefty goalie [that] we handed a short stick to.”

Hertz, a 6-foot-4, 200-pound rising junior at Bishop’s, anchored the defense, helping Denmark post a goal differential of plus-43 over the two-day event.

Roscoe and Hertz have played against each other on the lacrosse club circuit, with Roscoe on the LA Lazers and Hertz on RC Elite. They also faced each other regularly in youth hockey competition. Skeffington is studying at Aarhus University in Copenhagen, Denmark.

The competition at the Kiel tournament was mostly German, Swiss and Dutch club teams, but the result for the Fighting Pastries, as the Danish team is known to the international lacrosse community, was no less encouraging.

“I think what these West Coast boys add, beyond their obvious skill sets, is a calming influence to our team,” Ravenhall said. “Also, adding these 16-year-olds (Roscoe and Hertz) will build our program for many years to come.”

The Fighting Pastries will reconvene for a tournament in Berlin next June beore heading to the World Championships.