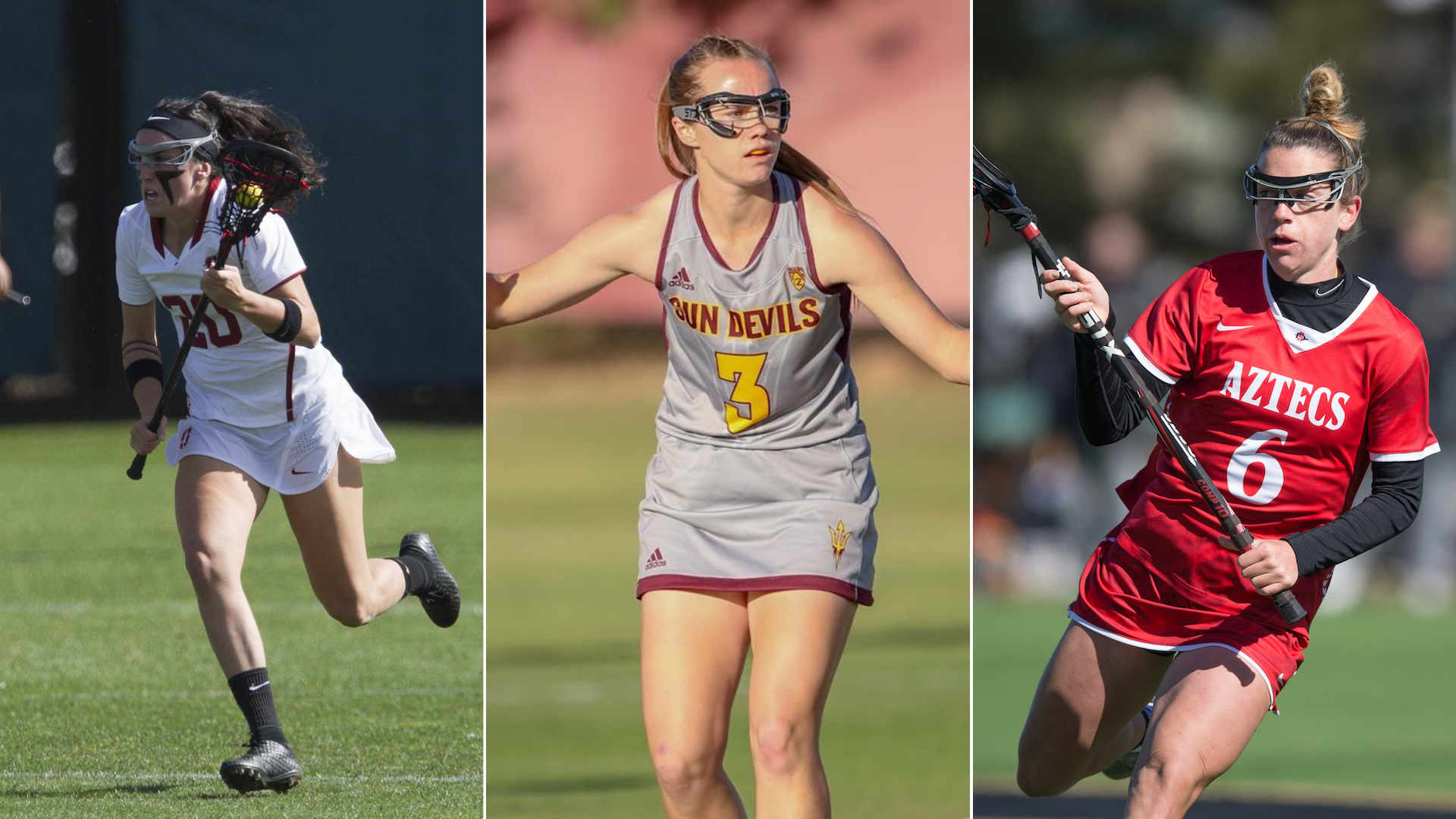 The breakdown by class is 18 freshmen, 20 sophomores, 11 juniors and 11 seniors.  Nearly two-thirds (39 of 60) chose to play in the west for either Pac-12 or Mountain Pacific Sports Federation (MPSF) programs.

In today’s article we introduce the players in the Pac-12 and MPSF programs.  Check back out Part 2 to see who headed east.

SoCal Players in the Pac-12

Sophomore midfielder Erin DiBernardo (Santa Margarita) started 11 games  as a freshman and appeared in 16.  She scored her first career goal against Presbyterian on March 3 and posted a career high 11 draw controls against Cal on April 1.

Freshman defender Sydney Payne is looking forward to her first season as a Sun Devil.

Senior midfielder Julia Taylor (Foothill) has played in 54 games in three seasons with the Ducks.  She started all 18 games last season and finished the year with 23 groundballs, 10 caused turnovers and a draw control.  Taylor earned MPSF All-Academic honors in 2017.

Junior goalie Hannah Upshaw has appeared in 13 career games and made 26 saves for the women of Troy.

SoCal Players in the MPSF

Senior defender Natalie Yorba (Poway) has played in 30 career games for the Bulldogs.

Sophomore midfielder Lauren Gonzales (Mater Dei) appeared in 10 games during her first season with the Bulldogs.  She finished the season with six goals, one assist, and one caused turnover.

Senior defender Natalie Garces (Westview) has started 31 consecutive games.  She was All-MPSF in 2018 and led the team with 34 ground balls while ranking second with 15 caused turnovers.

Senior midfielder Grace McGinty (Carlsbad) led the Aztecs with 16 free-position goals and ranked fourth on the team with 25 goals and 46 draw controls in 2018. She also collected 13 ground balls and caused seven turnovers. McGinty was an MPSF All-Academic selection in 2018.

Tune in tomorrow for Part 2.

All the roster, participation and statistical information above was compiled from official NCAA team websites.

Did we miss anyone? Share your updates in the comments below.