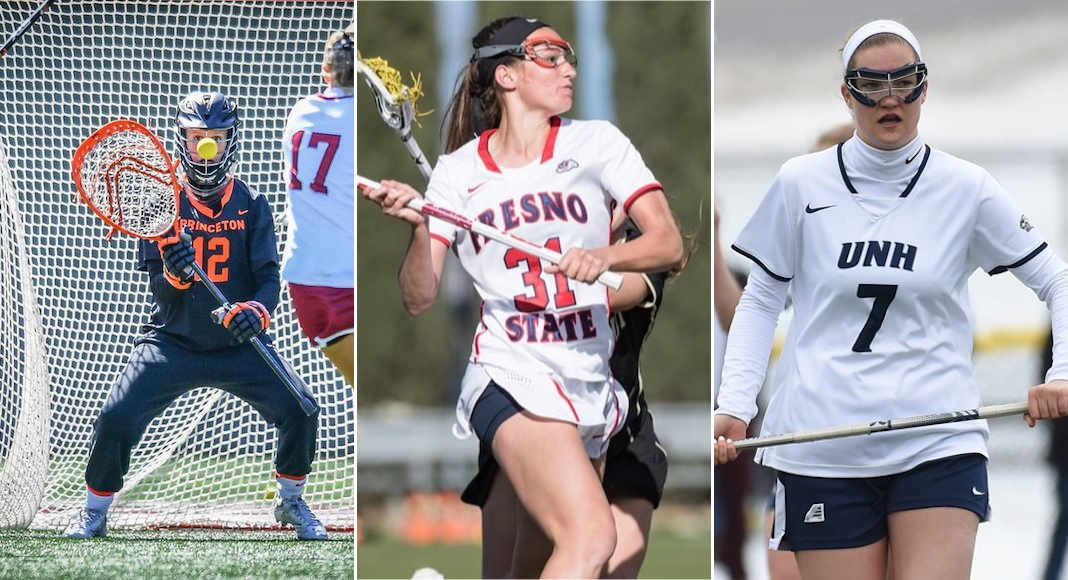 The breakdown by class is 18 freshmen, 20 sophomores, 11 juniors and 11 seniors.

In today’s article we introduce the players who have headed east.  Looking for the Pac-12 and MPSF? Click here.

Sophomore attack Madeline Hooks (Mater Dei) played in seven games last season.  Hooks made her only start against Central Michigan and scored her first college goal against Florida in the season finale.

Midfielder Holly Hall (Royal of Simi Valley) is a freshman.

Sophomore attack Sabrina Grovom (Mission Hills) played in eight out of 17 games for the Wildcats, recording one goal, one assist and two ground balls.

Senior goalie, Claire Laughery (Aliso Niguel) appeared in four games and recorded six saves last season. For her college career, she has 28 saves with a .452 percentage in 12 games.

Senior midfielder Hannah Downey (Coronado) played in four games last season and has played in 11 games in her career with the Midshipmen.

Sophomore defender Molly Hagan (St. Monica) walked on to the Irish roster after an impressive tryout in the fall of 2017.  Hagan appeared in one game for the Fighting Irish, where she caused a turnover and scooped up a ground ball.

Sophomore goalie Sam Fish (Scripps Ranch) appeared in 17 games, making 142 saves with a save percentage of .495. She was named a preseason All-American honorable mention this year and second team All-Ivy League last year.

Sophomore midfielder Maggie Sweeney (Carlsbad)  appeared in nine games and made one start for the Bonnies, registering one goal and one ground ball.