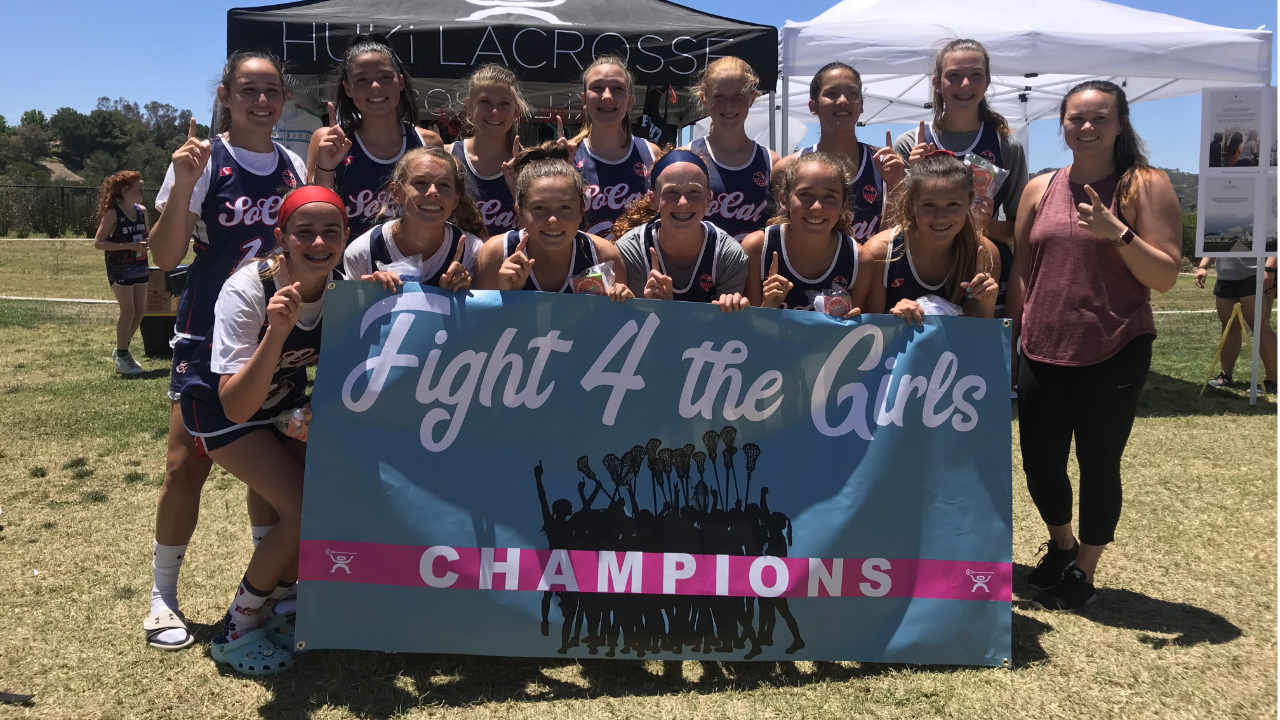 The SoCal Express girls program helped christen the new San Dieguito sports complex in Carlsbad by participating in the the “Fight for the Girls” lacrosse tournament on June 29 and 30.

100% of the profit raised from this tournament was donated to the Refuge for Domestic Minor Sex Trafficking (DMST). The Refuge is a 50-acre ranch outside of Austin where survivors of DMST can live, are given a safe place to heal and all the therapy and support they need to regain control of their lives. The first survivor walked onto The Refuge ranch in August of 2018, today a new survivor becomes a part of The Refuge family about every two weeks.

“DMST is a repulsive and rampant concern in the Unites States and here’s the sad truth,” said Suzanne and Dann Campaigne of the HUKI Foundation. “The largest demographic for targeted victims is 12 to14 year old girls. Our girls. They should be out running lacrosse fields but are instead living a terrifying reality.  Learning this a few years ago made us want to FIGHT.  That’s where the tournament idea and its name came from”

SoCal Express entered four teams in the tournament and finished the weekend with three champions.

The 2023 Express (pictured above) entered the weekend with a reduced roster due to vacations and injury and played with just one sub to win the championship over Mad Dog Select (San Diego).  This same Express group lost four close games to Mad Dog last season including two tournament finals.

With both teams seeded in the same pool, the Express girls were motivated to get their chance at the San Diego club.  After winning their morning game by a 16-1 margin, Express 2023 faced Mad Dog in pool play and struggled early falling behind 5-2.  A well-timed timeout by Coach Emily Cabuling settled the Express down and they began to play with tremendous effort winning most groundballs and draws.  Taylor Miles was strong at the draw and in transition forcing Mad Dog to double her, creating opportunities for others.  Zoey Stephens and Erica Smith took advantage with multiple goals each to start the second half building momentum to a 9-7 Express lead. 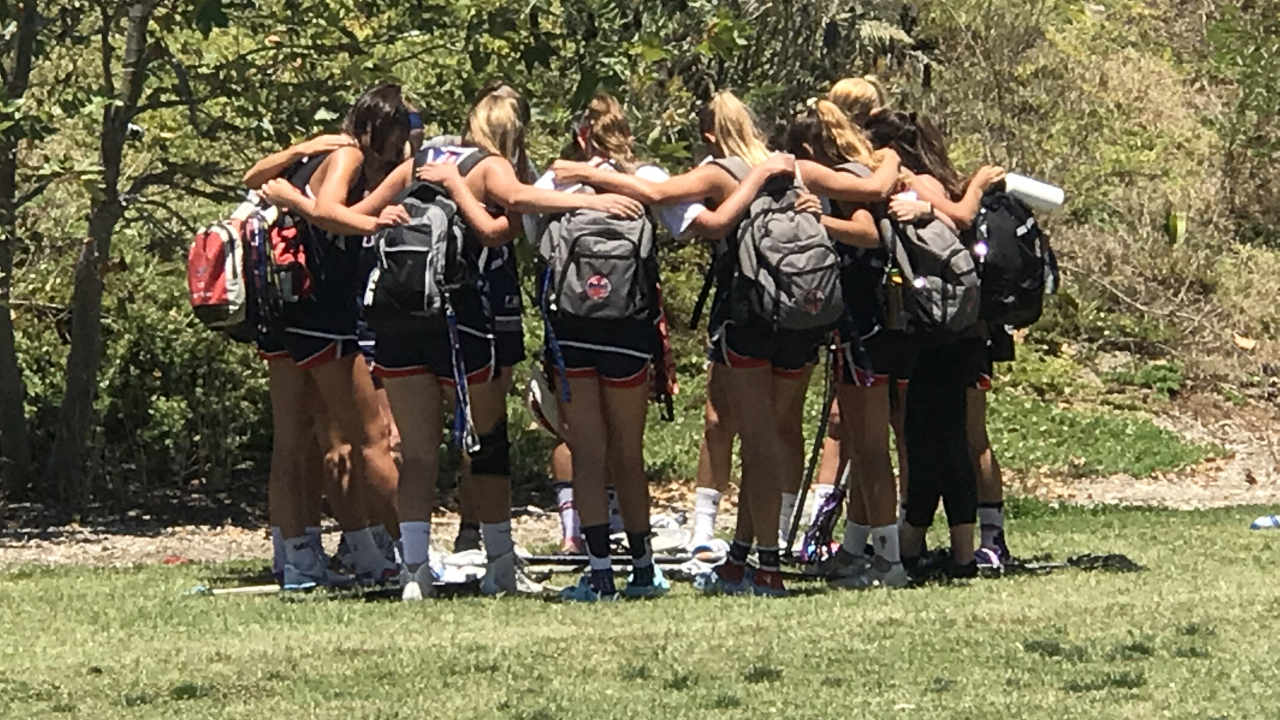 Jadyn Zdanavage took over for an exhausted Miles at the draw and was fantastic in winning possessions along with great help in groundball play and effort from Courtney Copeland and Mia Marchetti at the midfield.   The defense was dominant from there with strong play from Clare Johnson, Megan Shafer, Ava Acuna and goalie Mikayla Yang, limiting the Mad Dog team to one goal over the last 8 minutes and a 10-8 victory.

The day ended with the Express seeded #1 and Mad Dog seeded #2 so a rematch in the final was inevitable.  The rematch, in the championship game, featured a fresh and confident Express team who jumped out fast to 6-2 lead over Mad Dog behind strong attack play from Maya Weaver, Alexa Lemerise, and Robin Gaudette. The defense benefited from the return of Ali Shimabuku on Sunday who provided fresh legs and great athleticism to frustrate the San Diego club.  A determined Mad Dog team mounted a short rally early in the second half cutting the lead to two before the Express scored the last six goals of the game leading to a 13-5 victory!

With Coach Glen Miles absent, Taylor Miles represented the family well shining on Sunday with seven goals as the girls rallied behind coach Emily for their second straight tournament championship of the summer!! 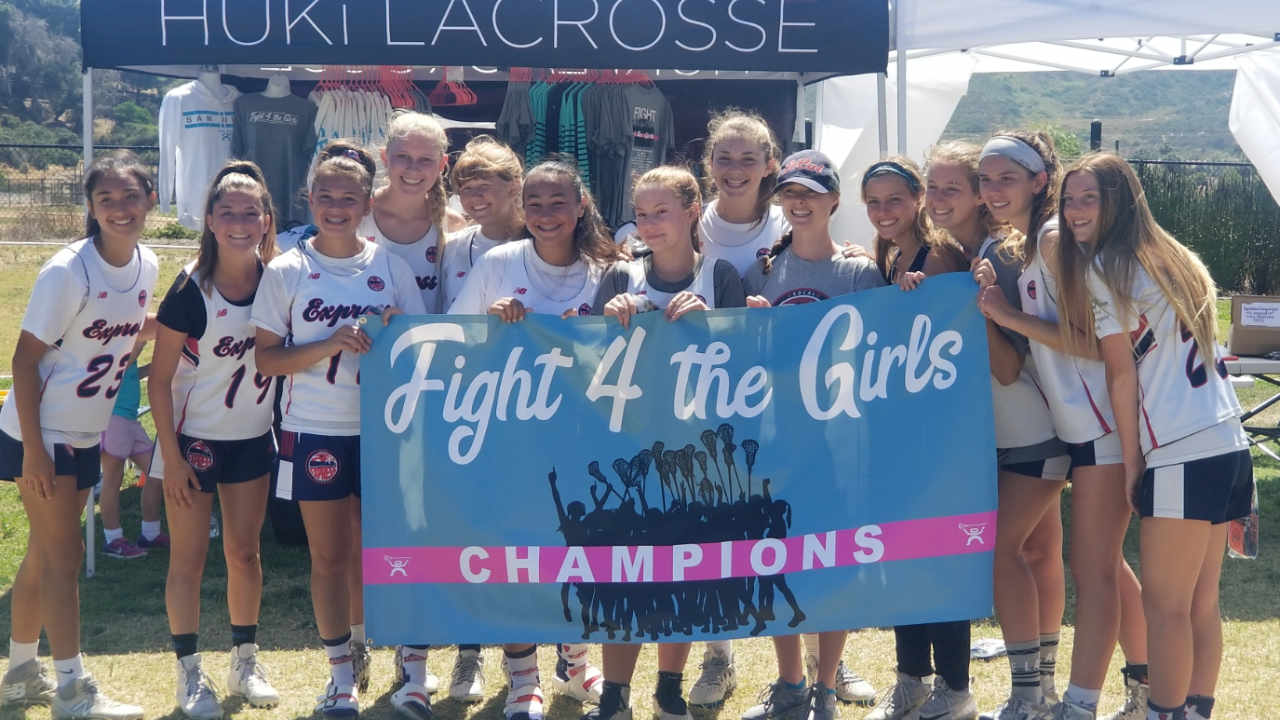 The SoCal Express girls 2022 Elite team had a competitive weekend at Fight 4 the Girls in San Diego. Regardless of having no subs all weekend, they came together as a team and fought for each other and won the championship 9-8!

They played gritty and pushed each other with continued encouragement from teammates, coaches, and parents. The 2022’s landed in the final game after breaking the three way 2nd place pool play tie from their goal differentials.

“As a team, we knew what we needed to do in order to succeed,” said head coach Brooke Martini. Boxing out on the draw, communication on defense, possessing the ball on offense, placing our shots. We are looking forward to continuing growing as a team and playing at Capital Cup in a couple weeks.” 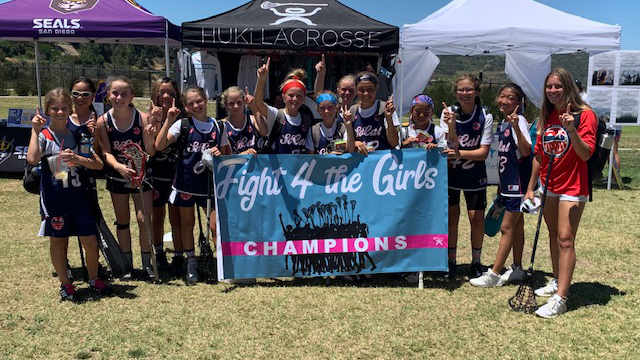 The 2025 Socal Express also won their division. No game information was available at the time of this story: 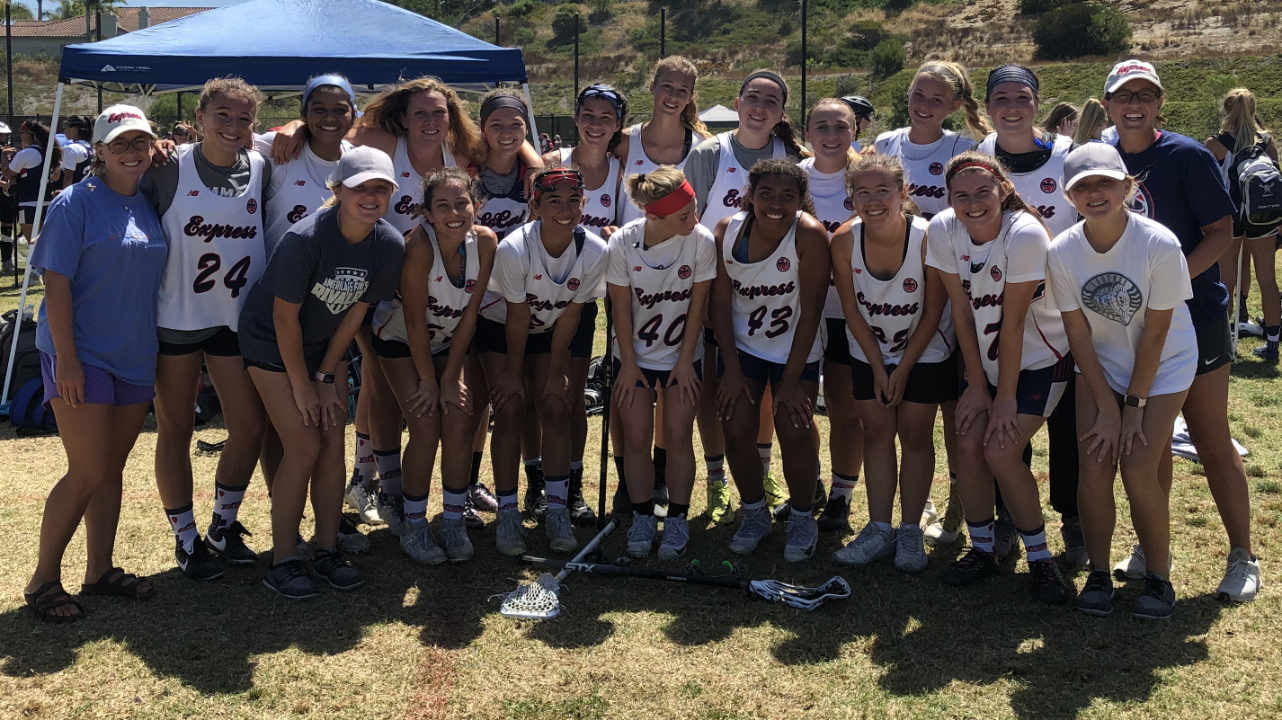 Express Blue went 3 and 1. In the final game for 3rd place the Blue team went to overtime to settle it with an exciting ‘Golden Goal’ giving the Blue team a 10-9 victory.