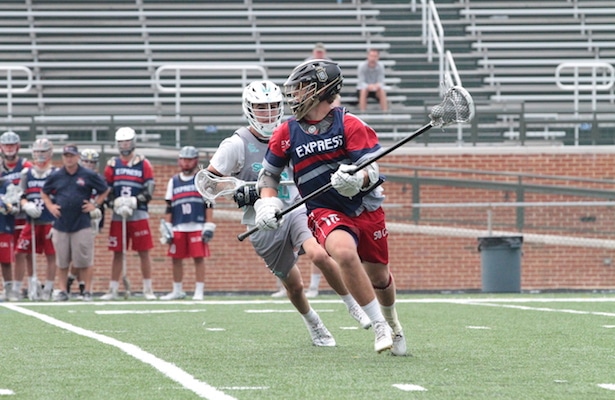 The SoCal Express 2019s dropped a 9-8 overtime thriller to Colorado-based Evolve 8-9 in their final KOH game.  Solid team defense and  Stuart Pollard’s performance at the faceoff X helped keep the final game close. Jack Allender led the offense with 5 goals.  Destry Burton (3a),  Kevin Groeninger ( 1g, 2a) and Stephen Deck (2g, 1a) rounded out the scoring for the 2019s.

In between tournaments, the players and coaches took some time to visit the Naval Academy and Loyola University.