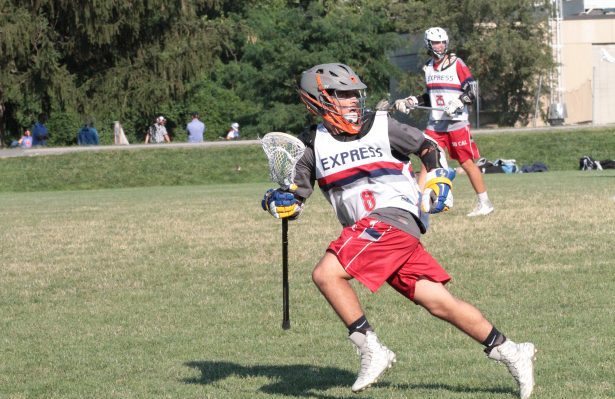 SoCal Express grabbed second place in the 2018 division at the 3d Riptide Lacrosse tournament this weekend. The Express stormed through pool play with a perfect 3-0 record before defeating 3d Oregon 9-5 in the semi-finals to set up an all Southern California championship game against 3d San Diego. The San Diegans prevailed 7-6 to claim the championship.

Goalie Ethan Sepulveda and a defensive unit led by Robert Colley, Landon Whitney, and Matt Ury held the opposition to an averaged of less than 5 goals per game. Whitney and Ury joined Fox, Geiss, Walsh and Grosshans on the All Star team.

About the Riptide Lacrosse Tournament Hosted by 3d Lacrosse

The second annual 3d Riptide lacrosse tournament was hosted by 3d Lacrosse begins and ran from Friday July 8 throught Sunday July 10. Nearly 100 boys lacrosse and girls lacrosse club teams from throughout the West competed in the event. All games were played at the Del Mar Polo Fields in Del Mar, California.

Games consisted of two 24-minute running halves with a 2 minute halftime. 10 minutes in between games. Tie games were setteled by a one 4-minute, sudden victory overtime followed by braveheart when necessary.