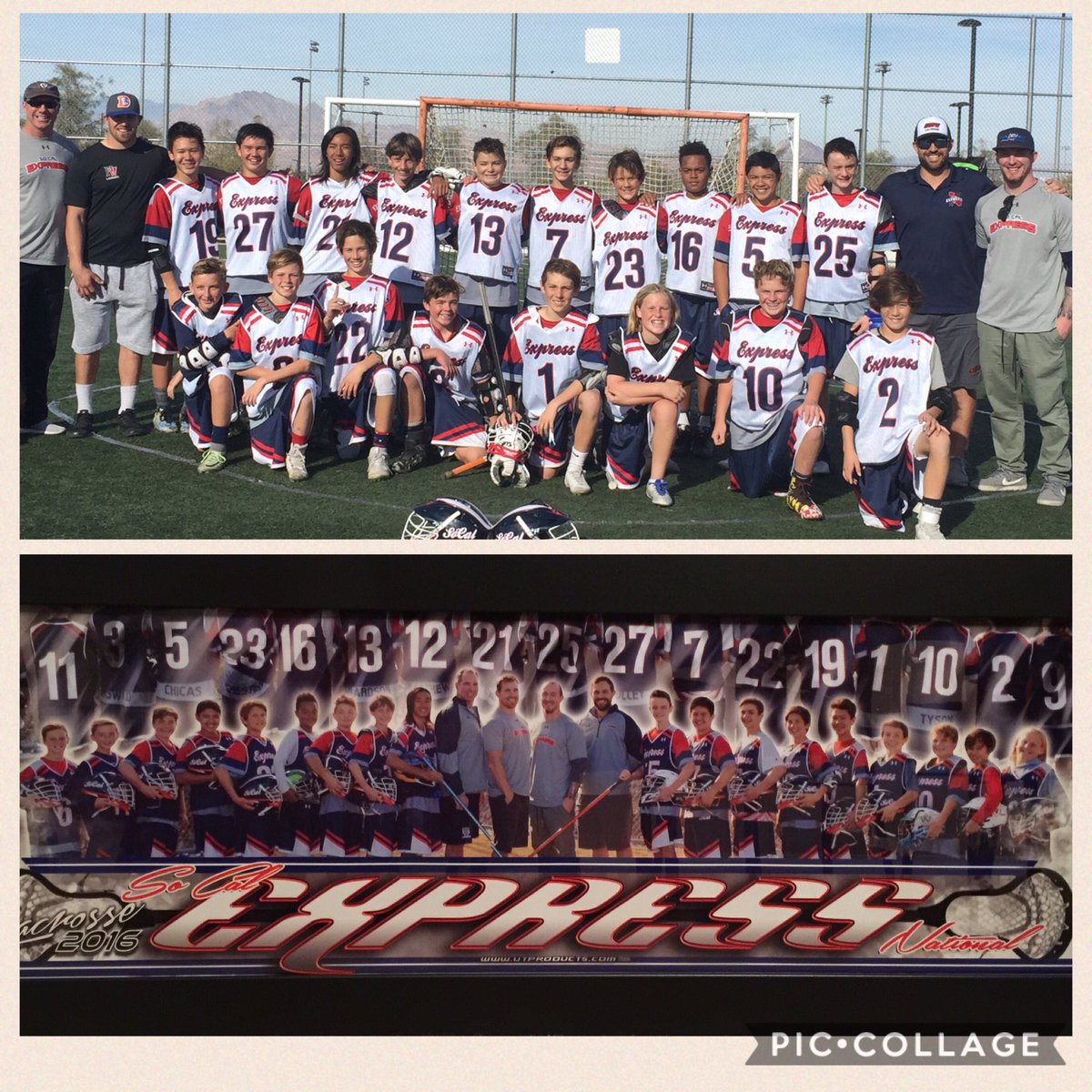 Playing together for the first time as a team, the So Cal Express U13 National Team captured the Sin City Showdown in Las Vegas this weekend.  The Express went 4-0 on the weekend, defeating Venom 22, Venom 23, Movin’ Up and Team West Coast to earn the first place honors.

“This was a great start for us,” said Express Coach Adam Guy. “The coaching staff was really anxious to see how this talented group would play as a team, and we were not disappointed.  We were really impressed with the unselfish play and how well the team shared the ball”.

The So Cal Express U13 National Team is a partnership between the So Cal Express, Santa Monica Dragons, and other clubs within a 100-mile radius of Orange County. The team draws talent from Orange, Los Angeles, San Diego and Riverside counties with the objective of participating in the highly competitive and selective World Series of Youth Lacrosse Tournament. The Sin City Showdown was the team’s first competition together.

The team also participated in a  training retreat at the sports academy in Thousand Oaks in November.  The goal of the trip was to not only train the boys and practice, but to condition and bond together. Over a 2 day period the boys went through a myriad of training, including a 3 hour STEP team training program with former special forces members, mindset development training, 2 on field practices, film review, team yoga and a “sand pit” speed training with Coach Framp who trains NFL athletes such as Desean Jackson and Odell Beckham Jr.

The Express National Team will competed in the World Series of Youth Lacrosse Regional Qualifier that will be held a the Great Park in June.

About The World Series Of Youth Lacrosse

The Warrior World Series of Youth Lacrosse presented by The Coca-Cola Company was founded by Jake Steinfeld, the founder of Major League Lacrosse and a long-time supporter of LA lacrosse, with the goal of providing youth players with the ultimate lacrosse experience.

The inaugural Warrior World Series of Youth Lacrosse presented by The Coca-Cola Company was held on July 2-4, 2015, in Denver, Colorado. A select group of U13 Boys lacrosse teams was invited to compete in three days of games against some of the best teams in the country. The event ended with Team 91 Crush from Long Island defeating the Baltimore Crabs in the Championship Game at Sports Authority Field at Mile High and broadcast live on ESPN2 on July 4. 2016 was equally exciting, as Legacy Lacrosse defeated Team Igloo Black Ice to become the 2016 Warrior World Series of Youth Lacrosse World Champions.