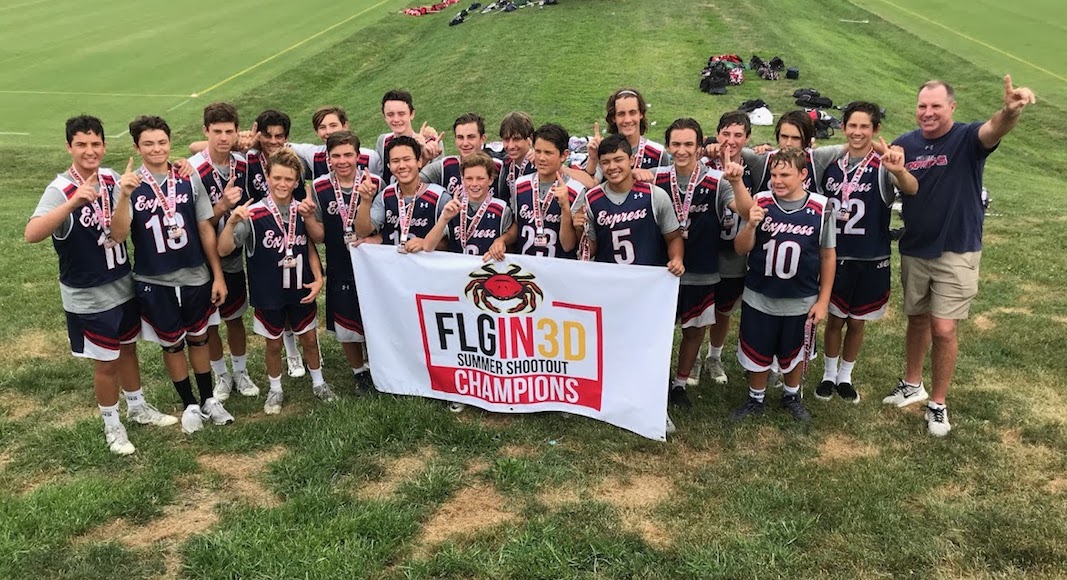 So Cal Express 2022 Black wrapped up a nine-day, three-tournament junket by taking the FLG in 3D (Boyds, MD) Blue Division Championship over opponents hailing from around the country.

Griswold continued the momentum the next day, scoring the first two goals of the game against the South Jersey Saints. So Cal’s offense clicked while close defenders Halen Hickman-Goveia and Nate Warren, along with Diego Lopez and Caleb Richardson, and defensive midfielder Drew Anderson denied the Saints any room. Even when the Saints started to find some footing with the ball, defensive midfielders Hayden Chester and Easton Jellerson each caused three turnovers. By the end, So Cal had another W under its belt. 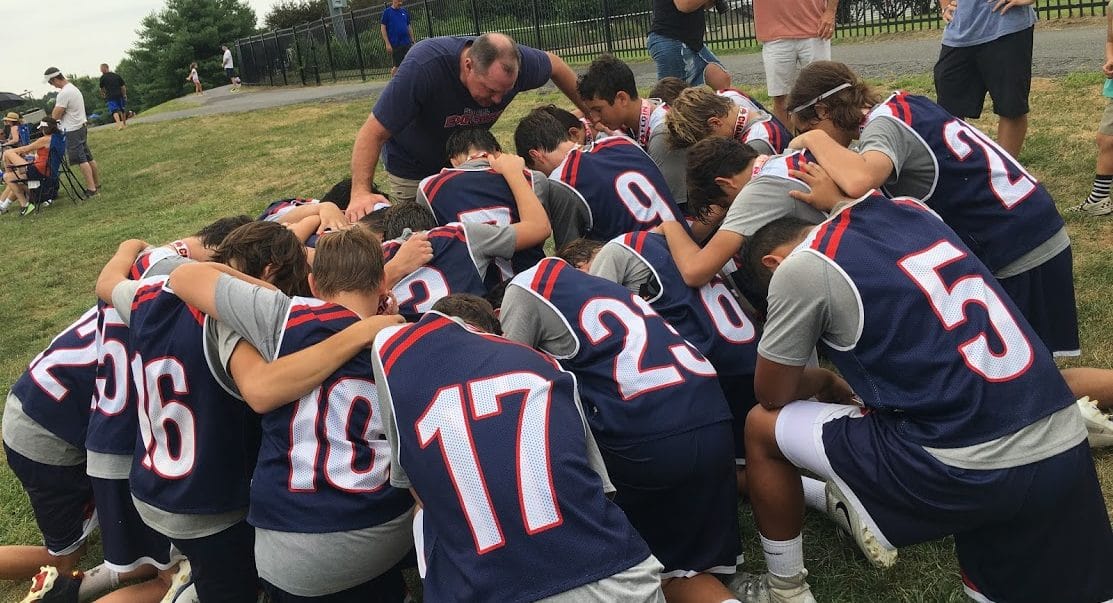 The toughest competition in pool play proved to be the Maryland Wolfpack. Even with the opening goal scored by SCX midfielder Marcus Lansing, the So Cal players found themselves down 1-4 early in the first half. Fortunately, Zack Zahr’s faceoff skills gave Express the offensive opportunities they needed to chip away at a tough Wolfpack defense. Copeland, R. Chester, and Stahl found the cage with Matthews, Pollard and Radyn Badraun assisting. Those offensive highlights, with the addition of Matthews’ own hat trick, racked up seven goals for Express. Goalies Sebastien Chicas and Drew Tyson shared time in the cage, fielding off Maryland’s offense and limiting them to just five goals when the ending whistle blew.

Seeded first in their division, So Cal faced Cali neighbors 3D Nor Cal in the semis. Nor Cal came out strong in this battle of the west, but goals from the entire offensive bench, including two from attack Seth Forstot, helped SCX prevail. 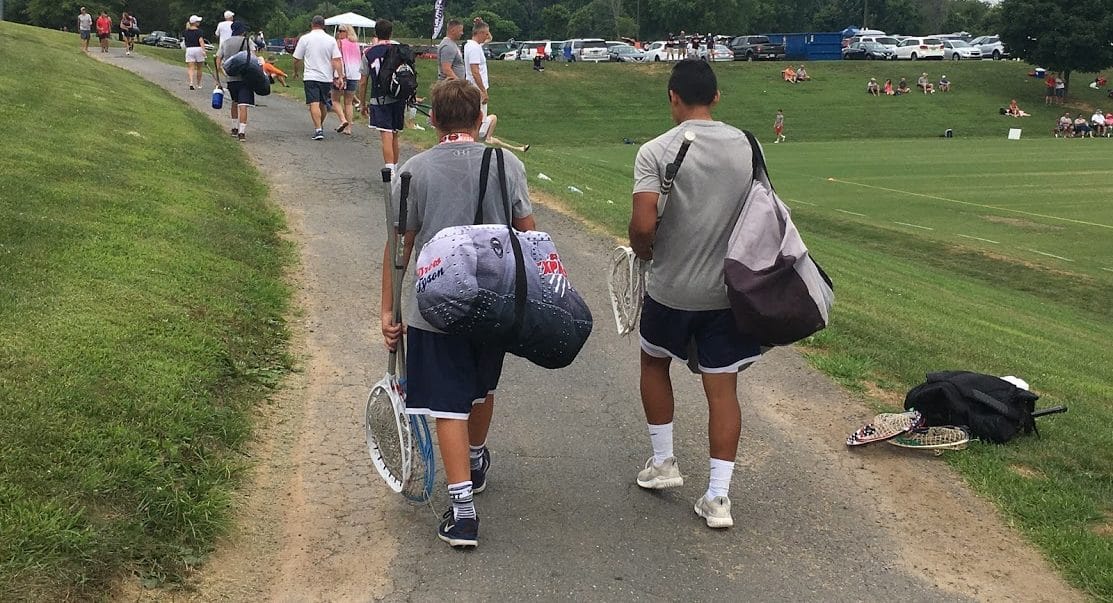 So Cal Express and 3D New England were left standing to vie for the championship. While New England lax fans like to support their teams vocally, things quieted quickly when So Cal started strong and never let up, including an impressive showing by SCX midfielder Dodd, with two goals and an assist.

After playing 15 games in three tournaments over nine days, things really came together at the end for the 2022 So Cal Express Black team in Maryland. The timing couldn’t have been more perfect, as this will most likely be the last time these boys will all be teammates before moving on to OC powerhouse programs, including St. Margaret’s, Tesoro, Foothill and Santa Margarita.

“I’m really happy for these guys,” Coach Glen Miles (St. Margaret’s) remarked. “This was a great way to end the summer. They really came together and played hard for each other. I’m a very proud coach!” 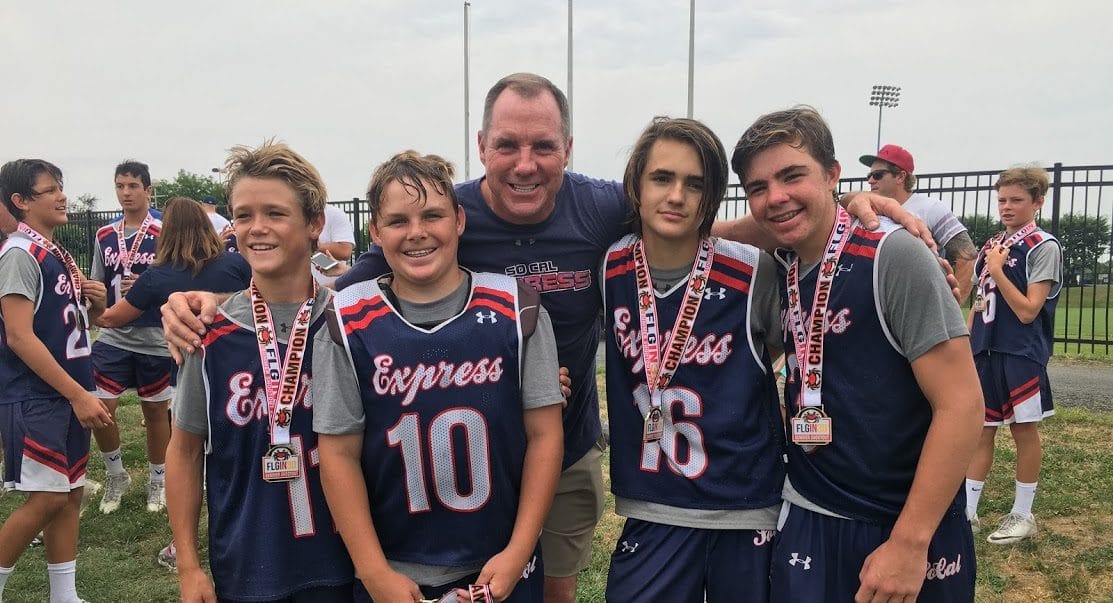