SMES is Powered by Cox 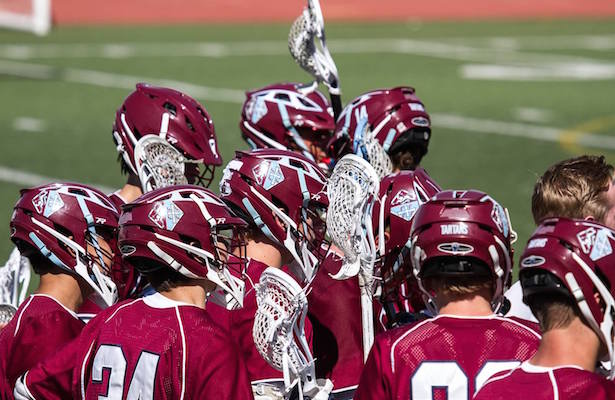 With a temperature of 97 degrees off the field and likely well over 100 on the field,  junior Kevin Cox and his No. 5 St. Margaret’s Episcopal teammates found themselves down 7-5 to Palos Verdes High School after 35 minute of lacrosse.  The Tartans had given up a 5-1 lead and were in the midst of a scoring drought.  It was under these conditions that Cox decided to put his team on his back and bull his way through the Palos Verdes defense on shear determination to start a five goal run that led to an 11-8 Tartans victory.

In a game of runs, the Tartans got the upper hand first, opening a 5-1 lead on goals by Nick Iavarone, Cox, Sam Harnisch, Paddy Fallon, and Cox again.  Only a goal by Rizal Smith interrupted the SMES run.

The middle two quarters belonged to Stanny Gilbertson (Hobart) and the Sea Kings.  Gilbertson scored five goals and long pole Jarrett Jones (Georgetown) scored scored one over a 10 minute span to give PV a 7-5 lead before Cox stole PV’s thunder and took over the game.  Cox scored two straight to tie the game, followed by goals from Sam Harnisch, Erik Suh, Cox’s fifth, and Fallon’s second.  Jones scored his second of the game to round out the PV scoring.

Key to the win was Ryan Harnisch‘s domination at the faceoff X that has become so routine, that it is often overlooked.  Without Harnisch’s ability to get his team possession after virtually every score and distribute the ball, the comeback would not have been possible.

Cox finished with a game-high 5 goals and figured in nearly every key play of the game.  Fernando Delgado (Villanova) and Zach Shor stood out on defense for the Tartans.  Once again, Payton Fales was solid between the pipes.   In a game with numerous turning points, Fales was the catalyst for the one that mattered the most.  With the score tied 7-7, and the Sea Kings anxious to turn the momentum back in their favor, Fales stopped a Palos Verdes breakaway that initiated a Tartans’ fast break goal that put them in the lead for good.