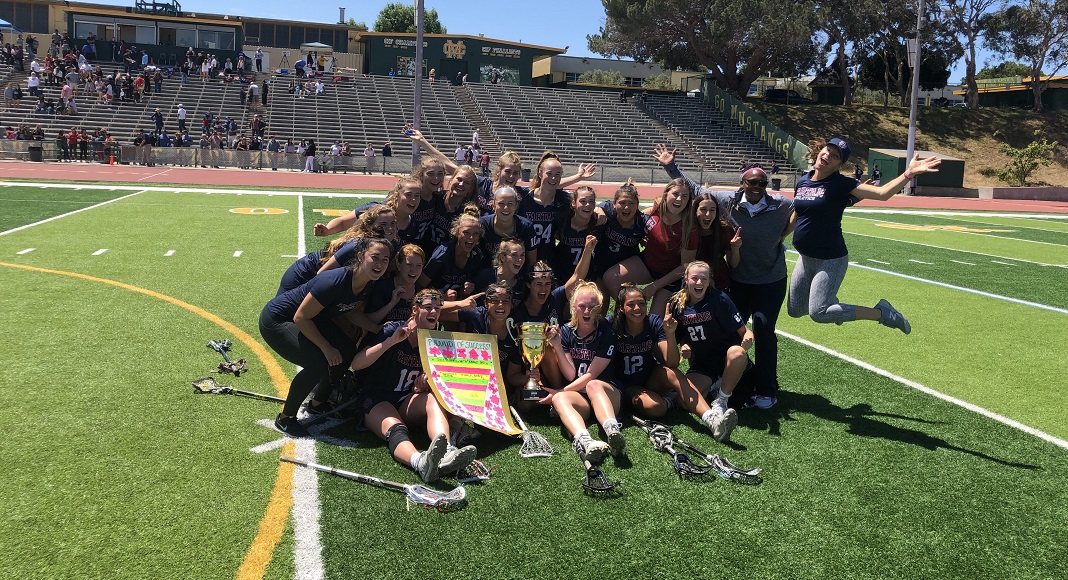 As has been the case throughout the playoffs, the Tartans used a huge advantage in draw controls (24/30) to dominate possession. Maddie Barkate led the Tartans with 18 out of 24 draw controls. Campbell Case led all players  with five goals while Barkate and Niki Miles each had four goals.

St.Margaret’s led 2-0 in the first half until Kelly Hoyt got Palos Verdes on the board at the 13:35 mark. Niki Miles and then Jordan Milesanswered quickly for the Tartans and started a scoring run that wasn’t interrupted until the Sea Kings got their second of the game to make it  8-2.

The Tartans led 9-2 until the Sea Kings rattled off four straight goals to cut the lead down to 9-6. But the Tartans answered back with a pair of goals from Case and Audrey Larson in the last two minutes to give the Tartans an 11-6 halftime lead.

St.Margaret’s picked up where they left off in the second half by scoring six straight goals to force a running clock and put the game game out of reach. Despite the large deficit, Palos Verdes continued to battle until the final horn.

Grace Karstetter added three goals for St.Margaret’s Jordan Miles added two. Larson and Thalia Pollard each scored once for the Tartans, who got eight saves from Olivia Young

Hoyt led Palos Verdes (14-4) with four goals while Brooklyn Merchant had two. Abbie Merchant, Harper Skeie and McKenzie Olsen each had one goal for the Sea Kings, who got a strong game in the cage from Aubrey Fixen.