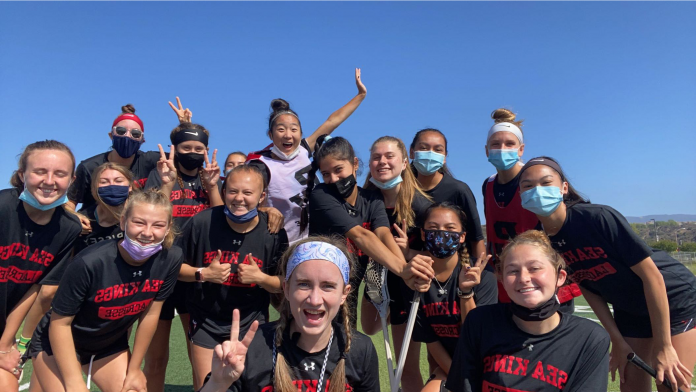 Skeie, the Bay League Most Outstanding Player, was not the only Sea King with a standout performance. Fellow captains All Bay League First Team members Emily Typrowicz and Zoe Dearborn also riddled the West Ranch defense. Typrowicz was relentless with her pressure around the crease scoring 5 goals and Dearborn added a goal and two assists.

“We had seven different players score goals, and 5 different players add assists”, said PV head coach Todd Dearborn. “It was a total team effort, and we kept the intensity up the entire game vs a talented West Ranch Team. 28 team ground balls shows how hard everyone was hustling all day. I’m very proud of this young team, and how far they have come this season, and the level of play has improved every single game.”

Palos Verdes is into the Elite 8 in the 1st ever CIFSS playoffs, and are excited to head down to the OC to play Santa Margarita who took a forfeit win when Oaks Christian backed out of their playoff round 1 matchup.